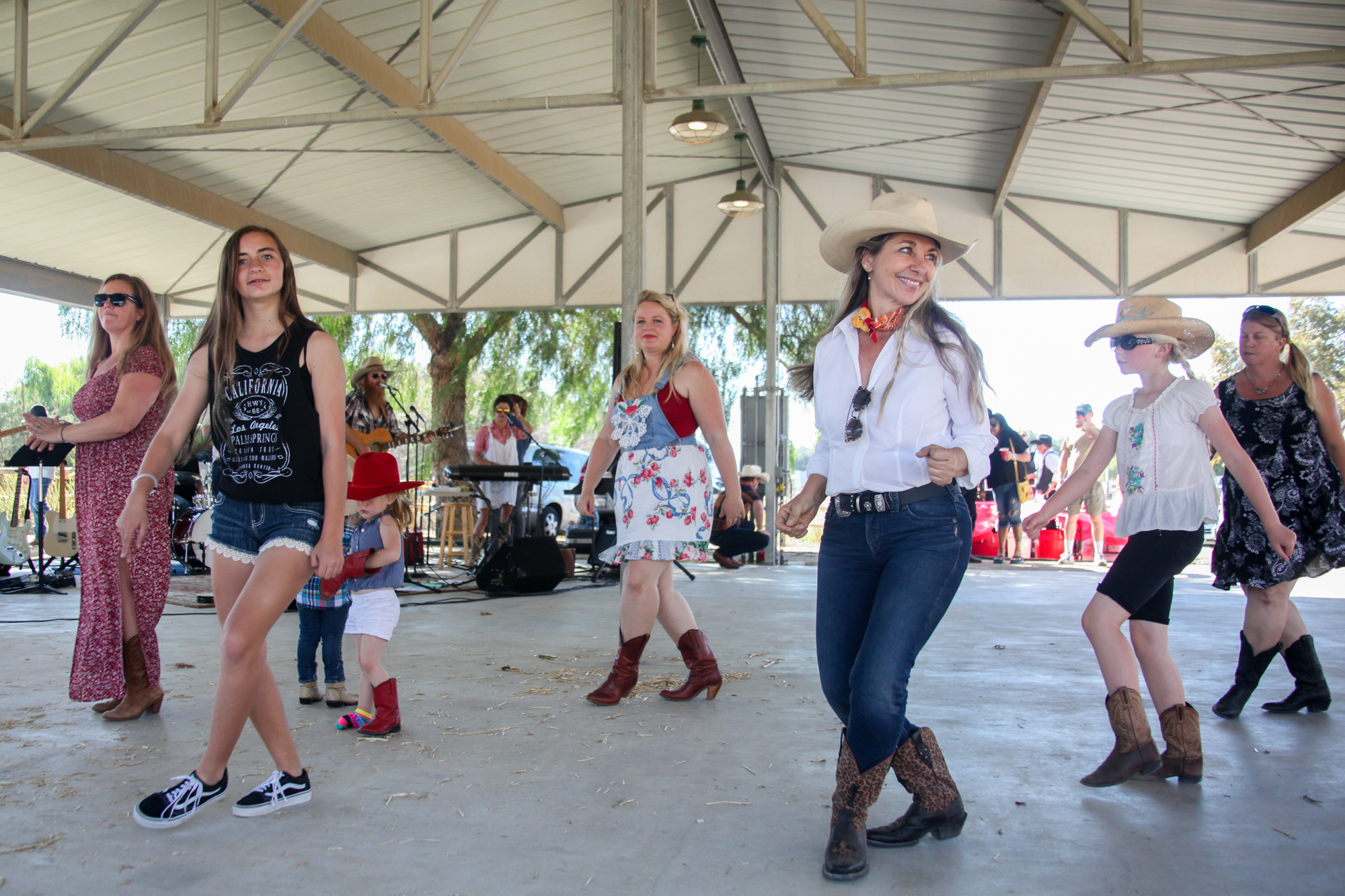 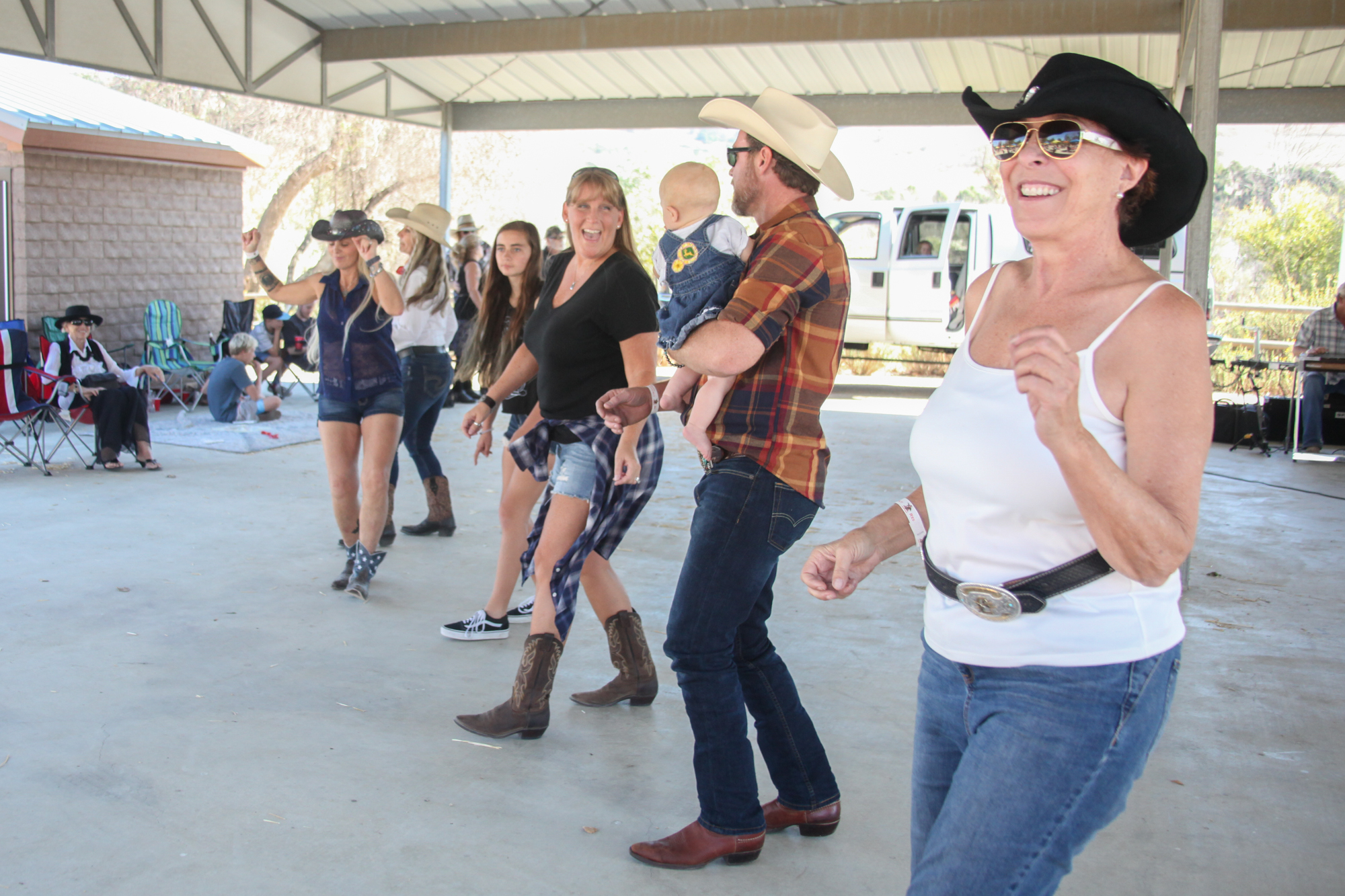 Attendees dance to the music of the Kelly Boyz at the Fiesta Association’s 2016 Farewell to the Swallows barbecue. Photo: Allison Jarrell

Attendees dance to the music of the Kelly Boyz at the Fiesta Association’s 2016 Farewell to the Swallows barbecue. Photo: Allison Jarrell 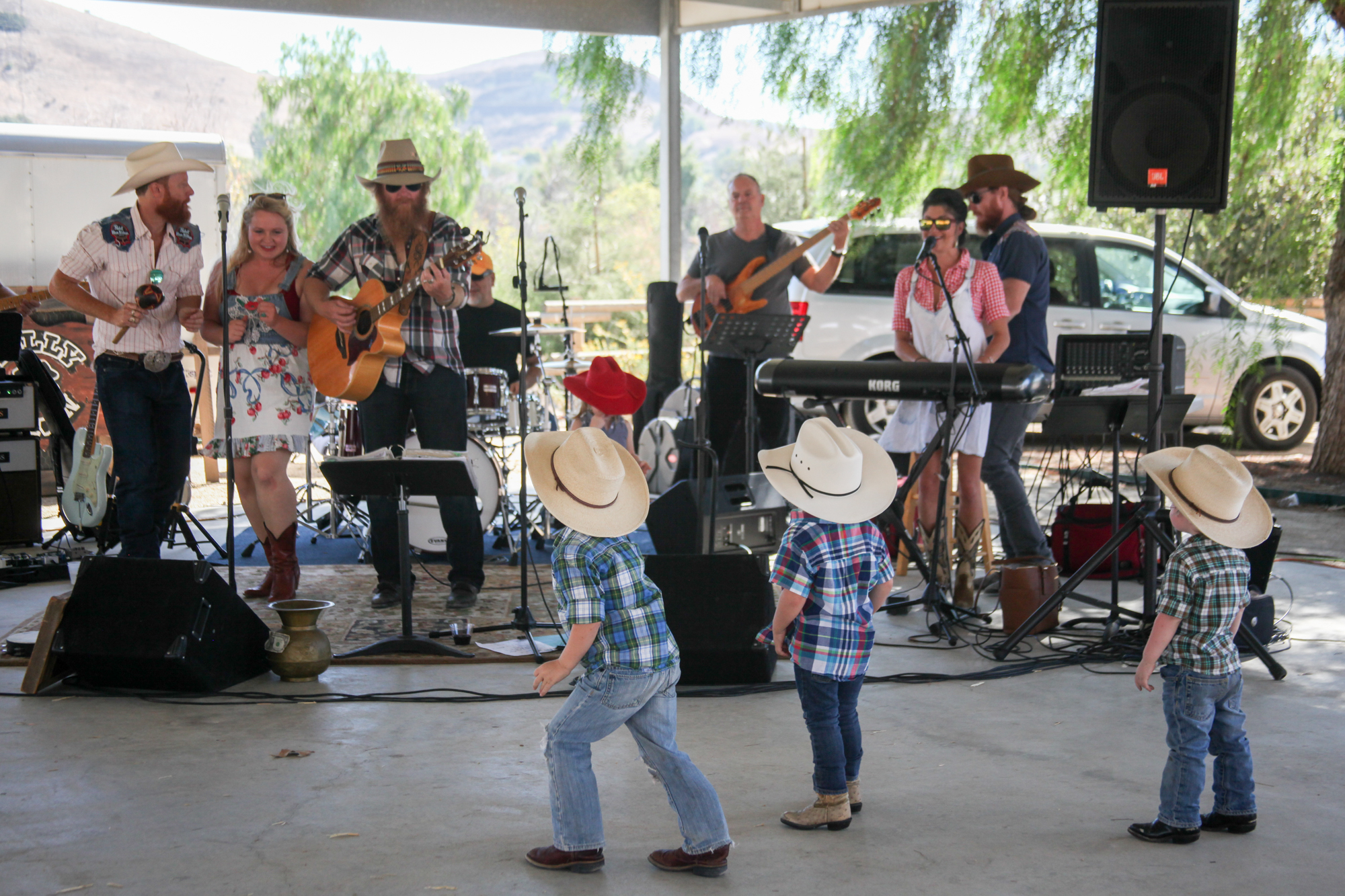 The next generation of Kelly boys watches their parents play at the 2016 Fiesta barbecue. Photo: Allison Jarrell 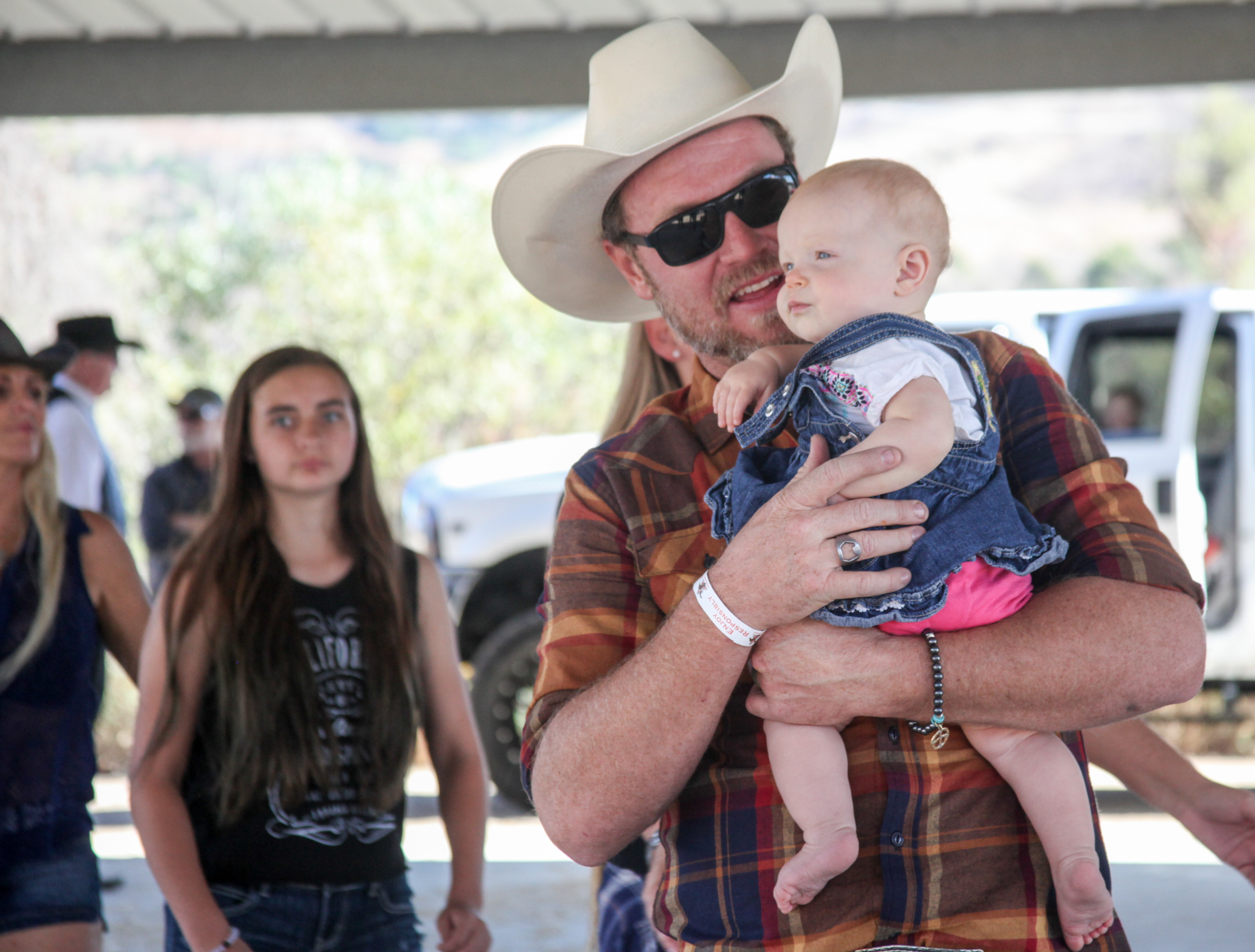 Shane Kelly dances with his 8-month-old daughter, Hope Grace Kelly, during the 2016 Farewell to the Swallows barbecue. Photo: Allison Jarrell 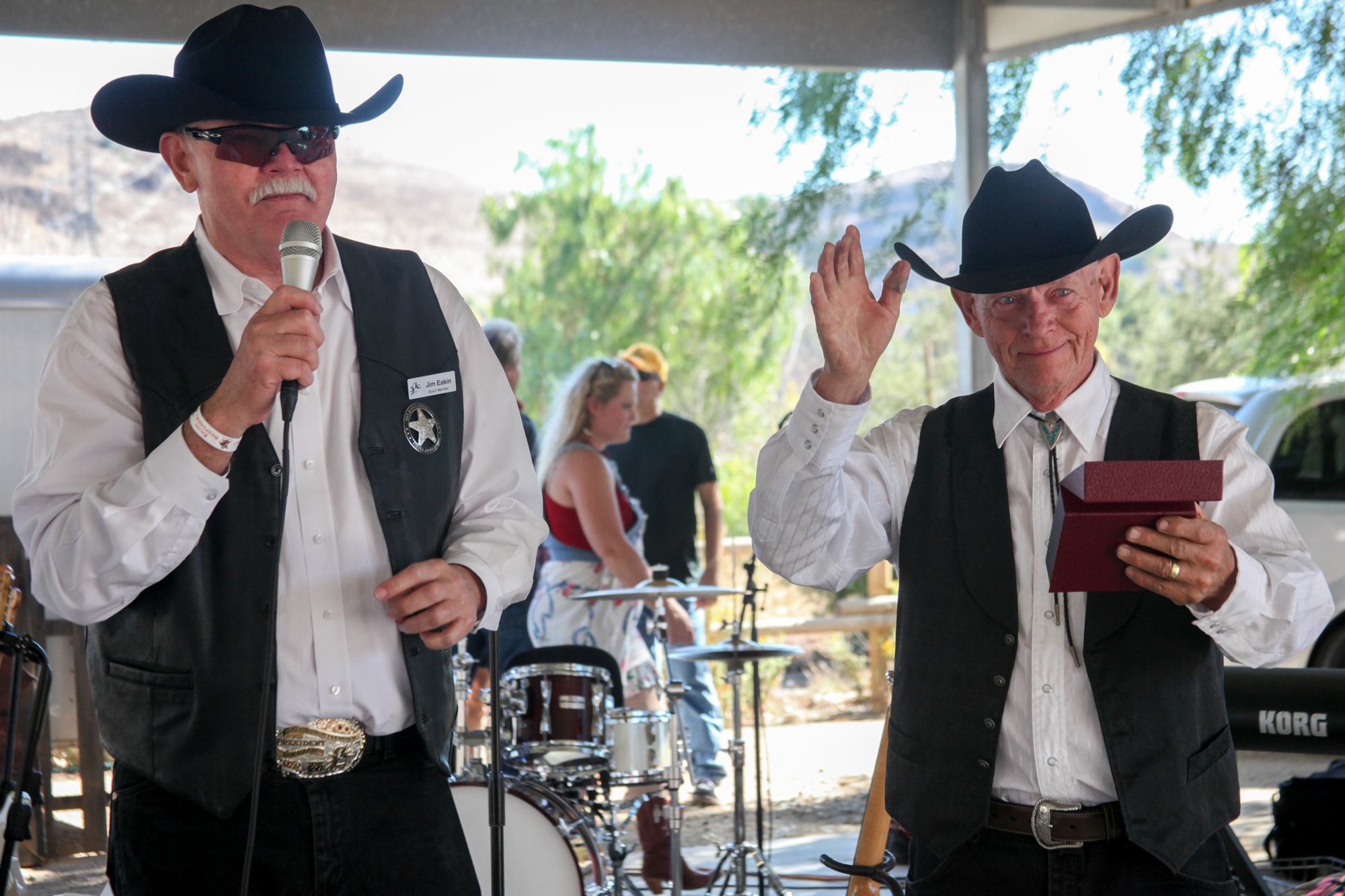 Community members are invited to join the San Juan Capistrano Fiesta Association in saying farewell to the swallows on Saturday, Oct. 21, during the nonprofit’s annual barbecue fundraiser at Zoomars Petting Zoo from noon to 4 p.m.

The association is responsible each year for organizing and putting on the Swallows Day Parade, as well as a variety of beloved Fiesta de las Golondrinas events leading up to the big day, such as the Taste of San Juan, Kids’ Pet Parade, El Presidenté Ball, Fiesta Grandé, Hoos’Gow Day and the Frog Jumping Contest.

Saturday’s event will feature live country music by the Kelly Boyz band, a barbecue meal for $5 a plate, and beer and wine for sale. It’s also tradition for the senior and junior dignitaries for the season to be announced at the annual barbecue.

Zoomars is located at 31791 Los Rios Street in San Juan Capistrano. For more information, call 949.493.1976 or follow the Fiesta Association on Facebook at @SwallowsDayParade.

The Fiesta Association is always looking for more members and volunteers to help with the season’s events. For more information on getting involved, check out the group’s next public meeting on Wednesday, Nov. 8, at the Nydegger Building, located at 31421 La Matanza Street in San Juan Capistrano. Doors open at 6:30 p.m. for socializing and refreshments. The meetings generally run from 7-8 p.m. During the off-season, Fiesta meetings are every second Wednesday of the month.