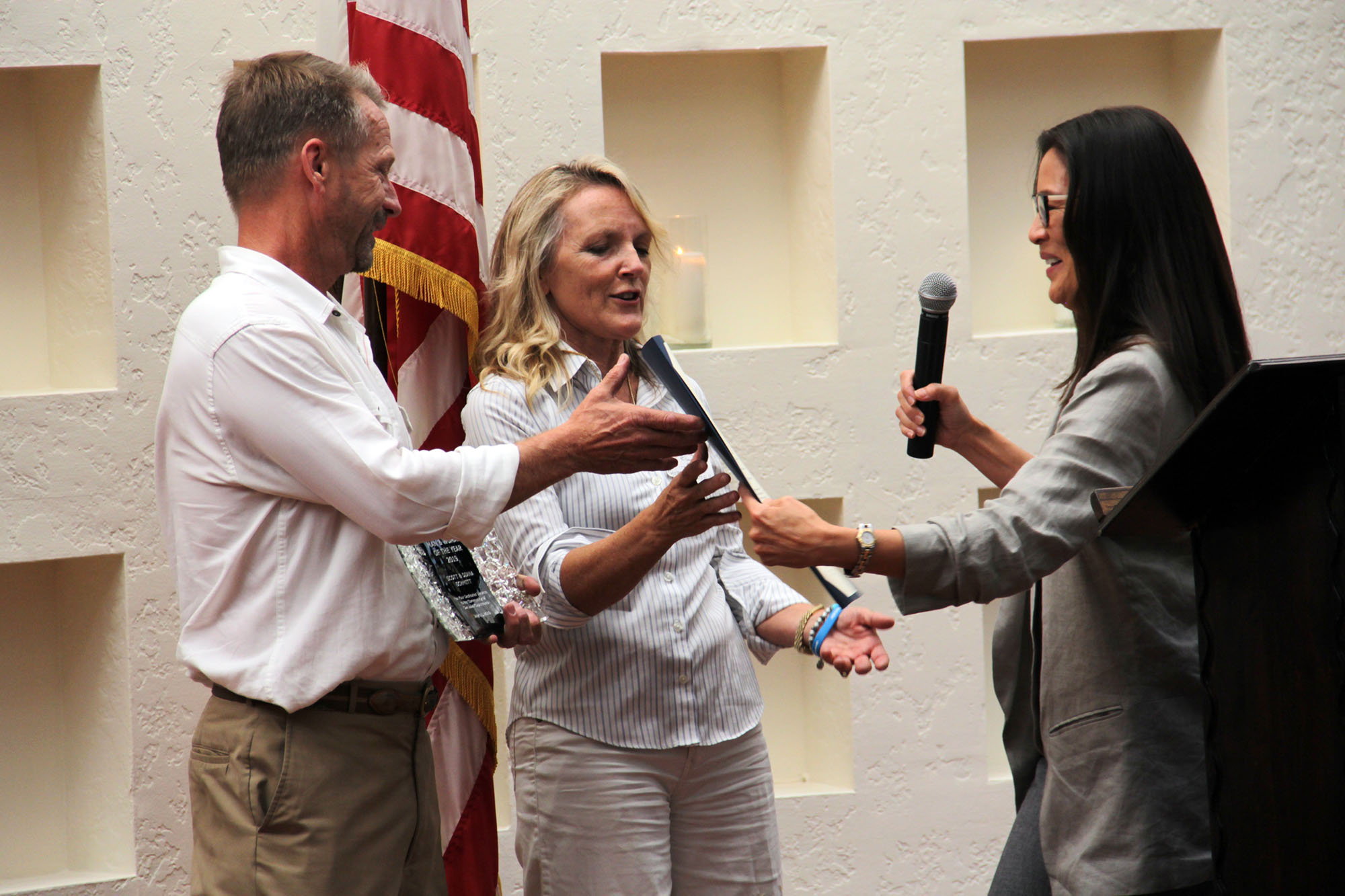 The husband and wife team, who run Accent Portraits by Diana and San Juan Photo & Digital, will share grand marshaling duties for the 62nd annual procession around the town next March.

“They’ve been contributing a lot to the community and to the town. They’ve been helping the Fiesta out a lot,” Taylor said, adding: “We’re honored that they accepted. I know (Scott) was thrilled.”

The Fiesta Association, a nonprofit volunteer group in San Juan, is tasked with organizing the annual parade.

The announcement comes a few short months after the pair received the Man and Woman of the Year, and the Lifetime Achievement awards from the San Juan Capistrano Chamber of Commerce.

Scott and Diana did not immediately respond to a request for comment as of the time of this posting.

Taylor, who as president is solely responsible for selecting the grand marshal, said it’s an agonizing process and one in which began this past January—a couple of months before the most recent parade—when he started asking for the community’s thoughts.

“Just who do you think would be great for next year and why?” he recalled asking around. “Around July, I had narrowed it down to Scott and Diana and one other person and asked a couple of people on my board … and even the Chamber, I asked the Chamber, and perfect, perfect, perfect, everyone came back with the perfect choice.”

The Association this past July announced the theme for the upcoming parade: Follow the Swallows! The theme is meant to make it all about the migratory birds and their return to the region from South America, for which the annual parade is intended to celebrate.

The Fiesta Association is expected to announce the rest of the dignitaries for the 2020 parade during the annual Farewell to the Swallows BBQ on Sunday, Oct. 27 at ZOOMARS Petting Zoo. The remaining positions include Señor San Juan, Ms. Fiesta, Jr. Señor San Juan and Jr. Miss Fiesta.

Taylor said Marie and James Kelly of the James Kelly Band have thrown their hats into the ring to be this year’s Ms. Fiesta and Señor San Juan, respectively. Those positions will be voted on during the Farewell BBQ.