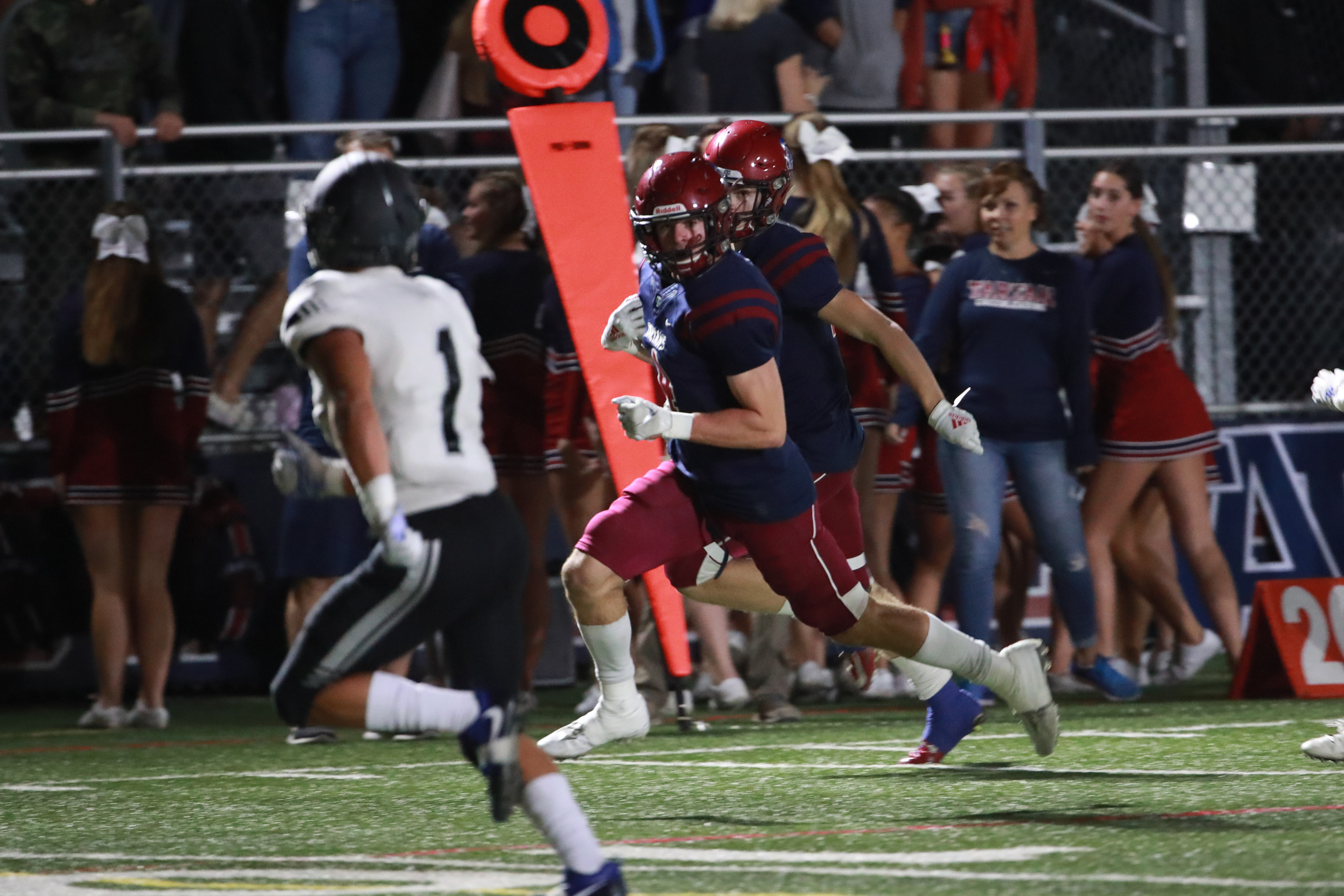 There are two weeks remaining in the football regular season, and four of the five San Juan Capistrano teams are all essentially locked into playoff positions.

Let’s check in on the city’s teams and the scenarios playing out over the season’s final weeks.

The Stallions (5-3, 2-0) are coming off a bye week after two weeks of dominating Sea View League play.

San Juan Hills won on the road against both Trabuco Hills, 42-7, and Aliso Niguel, 35-7, and the two teams remaining on the Stallions’ schedule are home games against the league’s bottom two teams, Dana Hills on Friday, Oct. 25 and Laguna Hills on Nov. 1.

San Juan Hills, No. 4 in CIF-SS Division 4, likely will cruise to the league title and a high seed in Division 4. Both Dana Hills and Laguna Hills are improved overall this season, but the Stallions dominated both last season with a 49-0 shutout of Dana Hills and a 41-14 rout of Laguna Hills.

JSerra took a big hit from a focused national No. 2 St. John Bosco, 49-10, but the Lions’ bigger loss came in a critical contest to Servite. With a 34-21 win, the Friars gained the edge on third place in the Trinity League.

JSerra, No. 6 in Division 1, finishes with two straight games at the Santa Ana Bowl, with a fight for fourth place against Orange Lutheran on Friday, Oct. 25 and the finale against national No. 1 Mater Dei on Nov. 1.

This season, CIF-SS reorganized its playoff divisions once again and created an elite 24-team grouping designated as Division 1 and Division 2. CIF will select the top eight teams to form the Division 1 playoff bracket based on a simple points system.

The CIF-SS coaches’ poll will grant teams up to 10 points for their position in the poll, with No. 1 receiving 10 points, No. 2 receiving nine points and so on. Teams will then receive one point for each win over other Division 1 and 2 teams, and there is one extra point to be gained by winning a league championship.

JSerra currently has eight points and is tied with Servite for the No. 5 and 6 positions in Division 1. A win over Orange Lutheran would give JSerra another Division 1 point, and a loss to Mater Dei shouldn’t drop JSerra far, if at all.

No. 7 Calabasas has six points, with another two potential points to be earned; No. 8 Bishop Amat has five points, with the potential for two more; and No. 9 Sierra Canyon has three points, with just one point potentially available.

Orange Lutheran is currently unranked and has only two points, but a win by the Lancers over JSerra could throw some chaos in the mix. However, with wins over Calabasas and Bishop Amat below them, JSerra could be just fine even with a loss.

As such, things can change in a hurry, but a dominant win by St. Margaret’s and a dramatic overtime victory by Capistrano Valley Christian have both teams in line to secure the league’s two playoff spots.

St. Margaret’s beat SVC in a rout, 35-0, and CVC topped Webb in overtime, 28-21. CVC scored on its first possession and intercepted a pass on Webb’s first play of the extra session.

If St. Margaret’s beats Webb and CVC beats SVC, both would clinch playoff spots and would face off in a league title game on Nov. 1 at San Clemente High School.