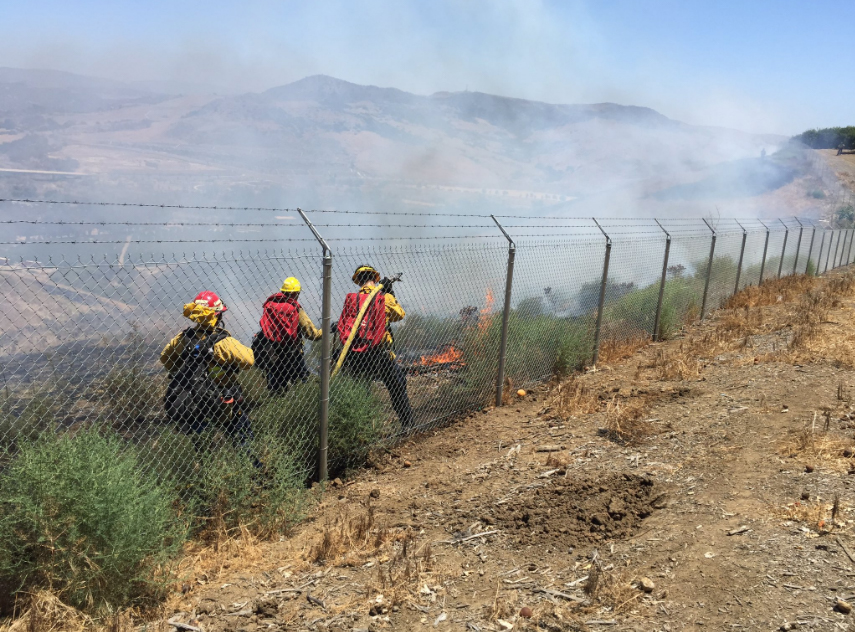 The acreage burned during the vegetation fire on July 11 has been, according to Orange County Fire Authority officials.

The fire, located at Ortega Highway and Reata Road, was slope-driven rather than wind-driven, which Kurtz said made it easier to control. No homes were threatened and no injuries were sustained during the operation.

At approximately 1155 hours ECC received multiple calls for smoke and flames seen in the area above the Rancho Mission Viejo Headquarters office nearest Lindura St/Borra Pl, SJU. E56 arrived onscene and confirmed there was a small vegetation fire approximately one acre in size, in light fuels burning uphill towards a lemon grove with no threat to structures.

B6 arrived onscene and assumed Reata IC. A full VEGM response was enroute as well as two CAL FIRE hand crews. HC2 was successful with their water dropping operations and cancelled the need for additional aircraft. Forward progress was stopped and a line around the fire was announced at 1358 hours. B6 made a safety notification for snake sightings and for crews and personnel to use caution for change of weather with onshore winds. The fire was mapped at 14 acres by the hand crew. P7 remained on scene for a night operation after all other crews, equipment, and overhead personnel were complete.