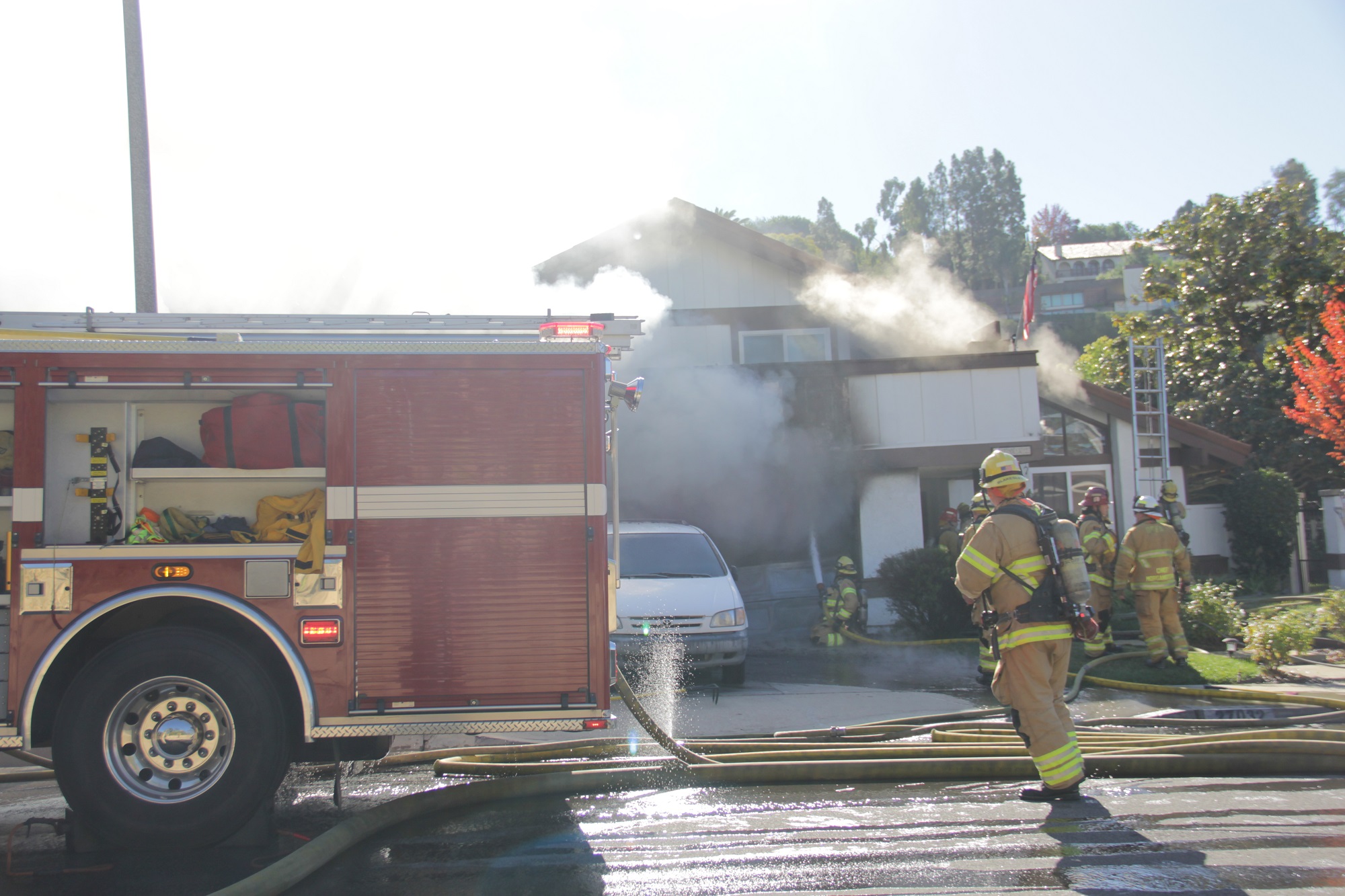 Orange County Fire Authority (OCFA) fighters responded to a structure fire at a home on the 27000 block of Via Banderas in San Juan Capistrano on Thursday, Dec. 13.

The call came in just after 10 a.m., according to San Juan Capistrano Fire Chief Rob Capobianco. The fire, he said, originated in the garage of the home.

Capobianco also confirmed that no one was injured during the fire.

More than 30 firefighters were on the scene to make “an aggressive interior attack” and were able to “hold the fire to the garage and limit any damage inside the residence,” Capobianco said.

As of Thursday afternoon, investigators had yet to determine the cause, according to Capt. Tony Bommarito, public information officer for the OCFA.

Neighbors told The Capistrano Dispatch that the resident of the home was inside the residence at the time the fire started. She was able to make it out to safety with the help of her neighbor, 33-year-old Justin Kolek.

Kolek, whose house is one street over and sits directly across from the victim’s home, said he saw smoke coming from the house and raced over to make sure no one was inside.

“I saw the smoke, ran down the hill and just slammed on the door, knocking on the door real loud,” he recalled. “I only got a few knocks in when she opened the door.”

When they got to the front yard, Kolek said, they saw flames.

“You could just feel the heat and hear popping and exploding inside (the garage),” he said. “It’s lucky the garage door was down (because) if it had been open, it probably would have just escalated the whole thing.”

The resident of the home did not wish to be interviewed nor named in the story.

This story has been updated to correct the name of the street the fire took place. A previous version of the story misspelled Via Banderas.