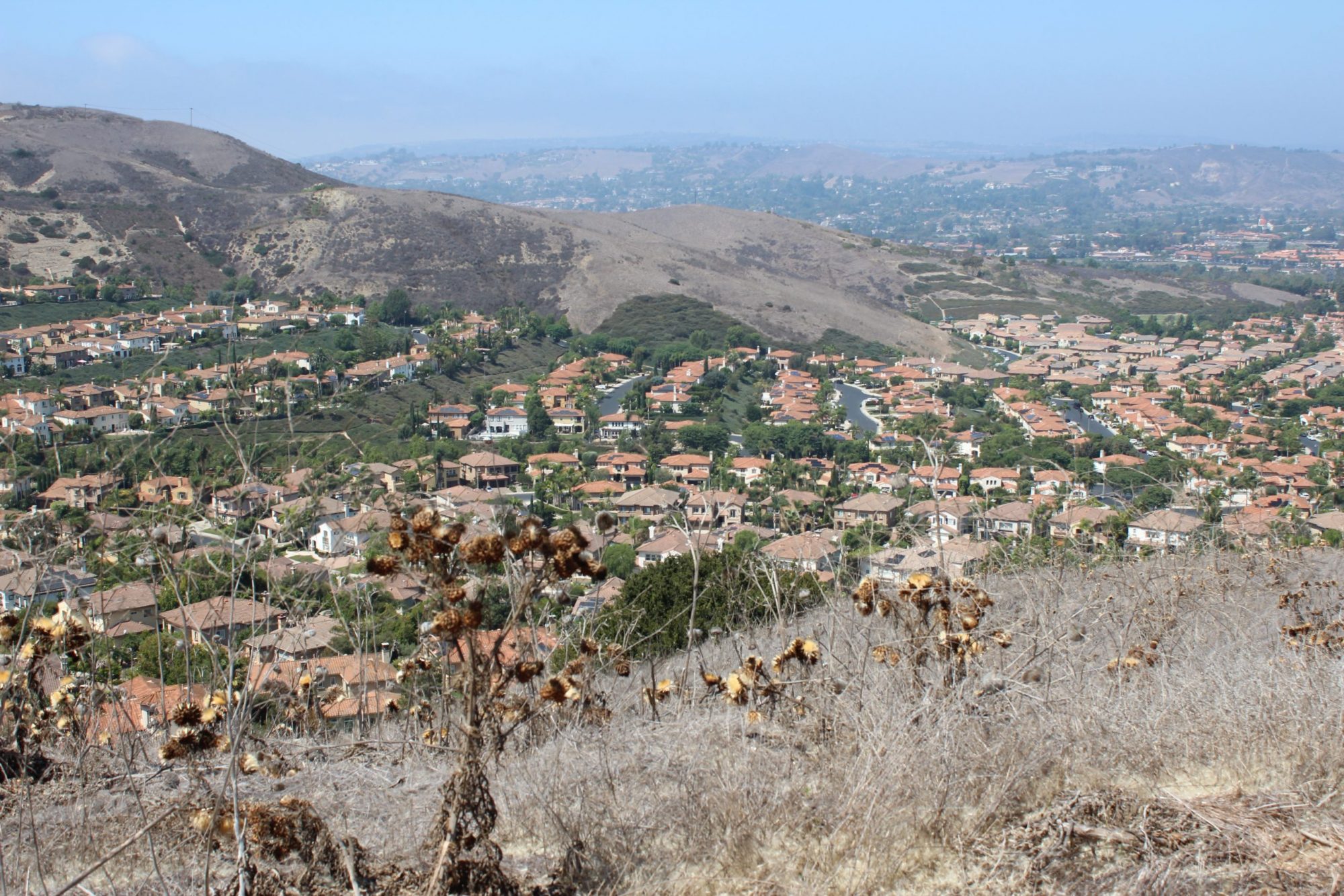 Editor’s Note: This story has been updated to include comments from the City of San Clemente.

The October 2021 deadline for cities to update their Housing Elements has long since passed. So far though, only two Orange County cities, Yorba Linda and Irvine, have had their updated plans approved by the state’s housing department.

This past April, City of Yorba Linda received notice from the Department of Housing and Community Development (HCD) that its Housing Element Update had been certified, with the City of Irvine following suit.

The two cities are among only 15 other jurisdictions within the Southern California Association of Governments (SCAG) region that have received HCD approval. As of Thursday, June 2, Huntington Beach’s updated Housing Element was under HCD review.

Housing Elements, which all California cities and counties are required to complete every eight years, are blueprints used to show that municipalities can accommodate projected housing demands and outline programs to address housing needs. The latest update is now in the sixth cycle.

While Yorba Linda was the first city in Orange County to get HCD’s stamp of approval, it followed a couple of rounds of review. The city received certification on its third round of revisions.

“We were happy to receive our Housing Element certification so quickly from the state,” Yorba Linda Spokesperson Geoff Spencer said in an email.

“Like every other jurisdiction in Southern California is experiencing, the development of Yorba Linda’s sixth cycle Housing Element faced significant challenges that our team worked hard to overcome,” Spencer continued. “Fortunately, we believe our robust and detailed plan checked all the state’s boxes as we outlined the programs and plans we would implement to increase the housing supply in Yorba Linda for people of all income levels.”

As part of the latest update to the Housing Elements, SCAG was assigned 1.34 million new homes to plan for among its 197 jurisdictions. Orange County was to take on more than 183,861 of those homes, covering four income categories—very-low, low, moderate, and above moderate.

For the sixth cycle of the Housing Element covering 2021-2029, Dana Point was allocated 530 units, San Clemente was allotted 982 units, and San Juan Capistrano was allotted 1,054 new housing units. In Yorba Linda, it was allotted 2,415 units.

Through the cities must show that they can accommodate the development of those projected homes over the eight-year period through zoning, they are not required to ever build any of those units.

Yorba Linda also committed to adopting a Lot Consolidation Ordinance within the year that would promote the consolidation of “substandard lots,” meaning undeveloped or underdeveloped, that could later facilitate higher density developments.

Furthermore, the city is committed to adopting an overlay zone, which allows Yorba Linda to establish special land-use regulations providing incentives for development of affordable homes.

The city will also be required to amend its zoning code to facilitate housing for special needs and adopt an ordinance encouraging affordability in lot splits as an effect of the housing development measure, Senate Bill 9.

With its Housing Element now considered “in compliance” with HCD, Yorba Linda will be eligible for state grants and programs.

The three South County cities of Dana Point, San Clemente and San Juan Capistrano are all in the process of revising their Housing Element Updates after each receiving their latest round of HCD review.

The City of Dana Point last received HCD comments on April 4, directing the city to revise the element to better address housing needs, resources and constraints.

The city was also directed to address the effectiveness of its housing programs and how the programs will be modified to be more effective. Programs must also be revised to include “goals and actions based on the outcomes of a complete analysis.”

HCD also asked that the city include additional data and analysis on access to opportunity, housing needs, integration and segregation by race and ethnicity in Dana Point in comparison to the region and local historical land use and investment practices.

Additionally, HCD noted that the City of Dana Point failed to address some comments from prior rounds of review. HCD asked that the city include further analysis of its housing site inventory and suitability of nonvacant sites included in the inventory.

In a previous round of review, HCD wrote, “under the current analysis, the site inventory further entrenches existing fair housing issues based on the composite access to opportunity maps without providing for programs to mitigate these impacts, and therefore still must meet this requirement.”

The department also noted that Dana Point’s ADU ordinance appears inconsistent with the state’s ADU law, and is requiring the city to revise its ordinance.

City staff are in the process of finalizing the revised Housing Element, in discussion with HCD staff, Director of Community Development Brenda Wisneski said.

“Since receiving the latest letter, the city has had two lengthy discussions with HCD staff to clarify their comments,” Wisneski said. “The city is finalizing the revised Housing Element, but before resubmitting, another meeting with HCD staff will occur to verify the revisions are acceptable.”

“Although we won’t celebrate until we receive HCDss letter determining the Housing Element complies with State Housing Law, we are fairly confident that we will be successful this round,” Wisneski said.

San Clemente last received HCD comments on Jan 12, noting that the city had not included an adequate analysis of housing sites. HCD requested that the city revise its site inventory and include additional data and analysis on housing needs, resources and constraints.

Similar to Dana Point, HCD noted that San Clemente failed to address some comments from prior rounds of review. The city’s latest submission to HCD did not address comments on the suitability of nonvacant housing sites, environmental constraints, and zoning for a variety of housing types.

HCD noted in a previous round of review that some potential housing sites listed in the Housing Element appear to have conditions that may prevent development. Because of this, the department noted that the site inventory should be revised to include “analysis of potential constraints to demonstrate the suitability of sites in the planning period.”

San Clemente was also urged to analyze the suitability of sites identified for emergency shelters, as well as additional sites where shelters could be accommodated.

In its review, HCD wrote, “in particular, the element should analyze the limit of 35 beds per shelter as a constraint, the lack of interest in developing an emergency shelter in the last planning period, and the efficacy of the ride share program.”

Because of a lack of data and analysis on potential governmental and nongovernmental constraints, HCD pointed out that the city may need to “revise or add programs and address and remove or mitigate any identified constraints,” based on any constraints not yet identified in the Housing Element.

HCD also urged the city to further its public outreach efforts noting that the city must demonstrate “how public comments were considered and incorporated in the element.”

According to Jennifer Savage, assistant to the city manager, San Clemente is currently working to address comments from housing advocates, HCD and the public. The revised plan will be brought back to City Council for approval after it has received HCD certification.

As for the City of San Juan Capistrano, it last received HCD comments on April 6, requesting that the city revise its housing programs to include “metrics to target significant and meaningful affirmatively furthering fair housing outcomes.”

City staff said they hope to resubmit San Juan’s updated Housing Element within the next six to eight weeks. Once the Housing Element receives HCD certification, it will be up for a City Council vote for adoption.

HCD requested that San Juan analyze extremely low-income housing needs, resources available to address these needs and the effectiveness of such resources. The city was also directed to develop a program establishing clear procedures for residents with disabilities to request reasonable accommodations for supportive services or housing.

Having received fewer comments and feedback in the latest round, San Juan staff said they hope to receive HCD certification on the next submitted plan.

“The preparation and revision of the Housing Element is a labor-intensive process, involving significant staff time, as well as support from a specialized housing consultant,” Director of Development Services Joel Rojas said in an email. “We believe we can address HCD’s latest comments and are hopeful that our Housing Element will be certified upon our next resubmittal.”