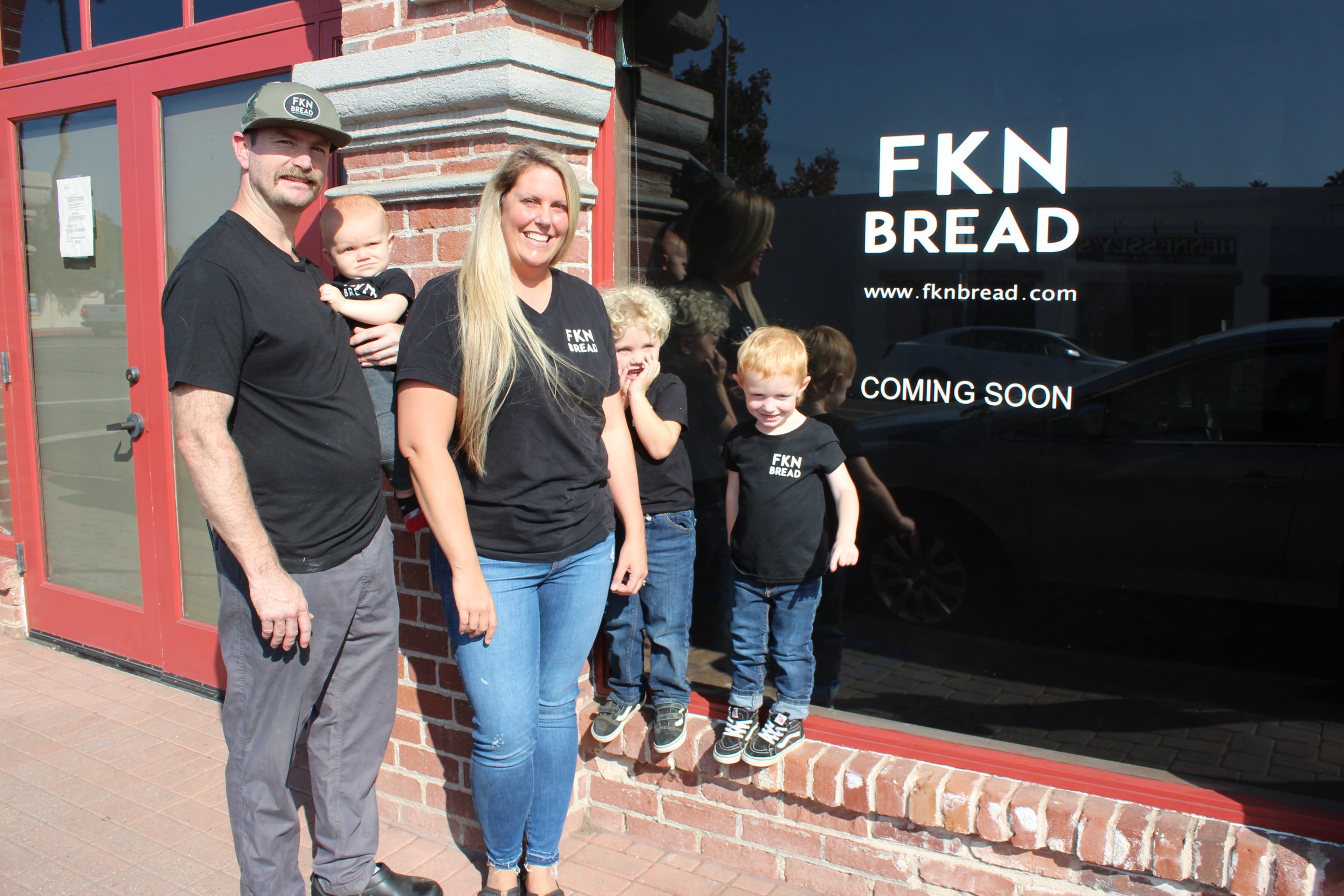 A new family-owned bakery in San Juan Capistrano plans to move into the downtown area this winter.

FKN Bread—co-owned by husband and wife Dave and Bree VandenBerg—expects to open up shop at the former We Olive site, across from Mission San Juan Capistrano. The bakery is named for their three young boys: Finn, Kane and Nash.

Bree and Dave VandenBerg currently sell fresh-baked bread through their website fknbread.com. Customers can order a variety of breads, including jalapeno cheddar sourdough and sesame sourdough. They formed the business during the COVID-19 pandemic, after the restaurant where Dave, a chef, was working closed its doors.

“It’s going to be walk-up where we’re not going to have any seats,” Bree VandenBerg said of plans for the physical bakery. “We’re going to have toast in the mornings—different kinds of toast, like avocado toast. We’re going to do sandwiches on all of our breads in the afternoon. Then we’re also going to have all sorts of bakery treats.”

While Dave makes the bread, Bree handles the marketing and social media side. FKN Bread maintains a particularly active presence on Instagram, where they post photos of the breads and their boys.

Dave VandenBerg said they started baking bread for family and friends during the ongoing health crisis.

“It just kind of took off,” Dave said. “Their whole neighborhood wanted to order bread, and we just started meeting the demand with our supply.”

Dave VandenBerg has worked in the food industry for about 12 years and said FKN Bread has grown into something a lot bigger than they envisioned it would be.

Plans for the business were still going through the city as of last week.