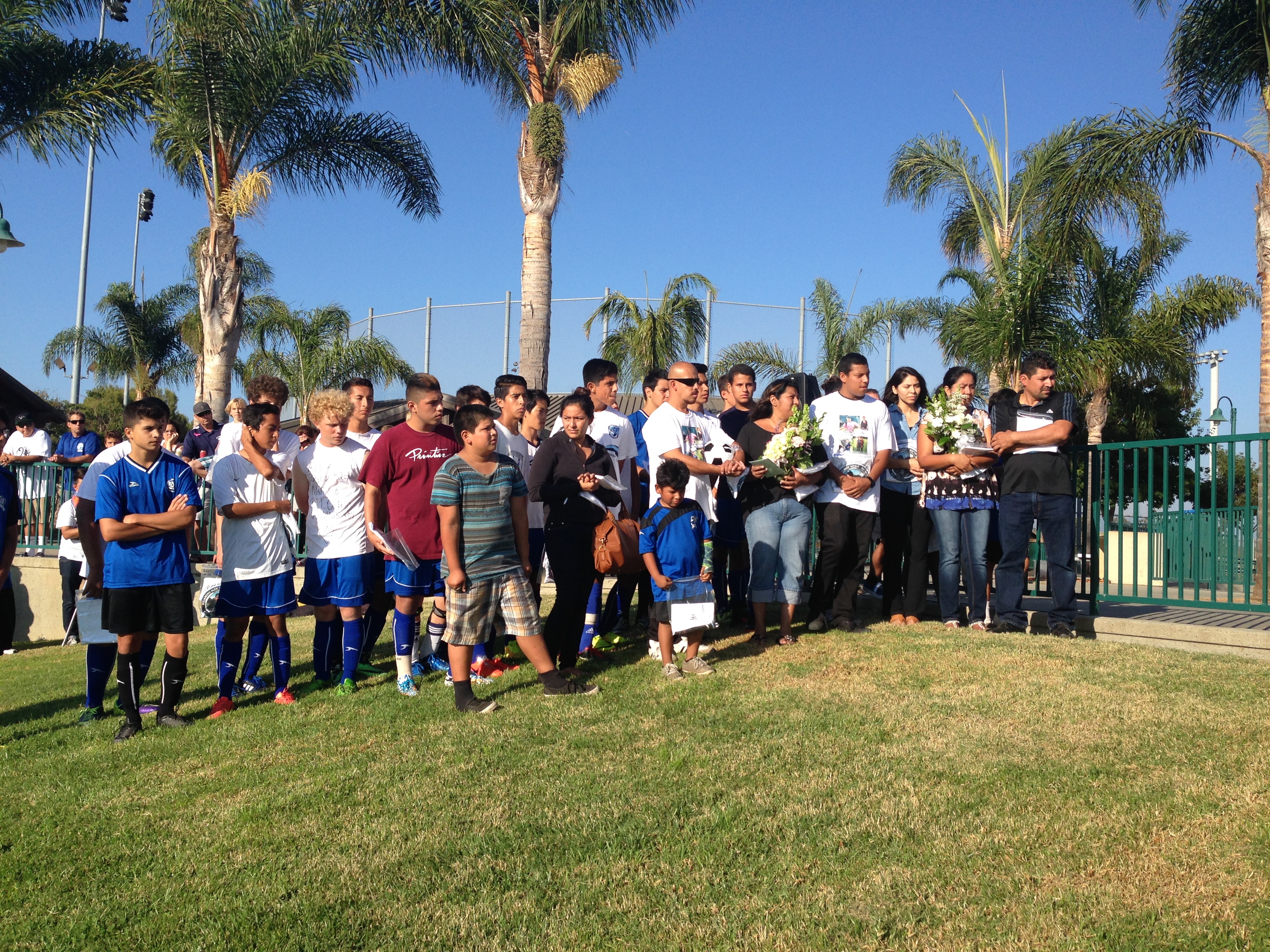 Following the Death of His Son, Ivan Melo Returns to Lead on the Field

South Orange County’s soccer fields were the places Ivan Melo and his son, Matthew, called their home away from home.

Matthew, a freshman at Capistrano Valley High School, was a gifted player who competed on club teams and AYSO squads his whole life. Ivan was a permanent presence on the field, picking up his son every day after school to take him to practice. On weekends, Ivan coached Matthew’s AYSO Region 87 U16 team in San Juan Capistrano, where, from the sidelines, he had the perfect vantage point to watch his son’s blossoming soccer career take off.

On Oct. 4, Matthew Melo, 14, along with his Region 87 U16 teammate Alex Sotelo, 14, died in a car crash coming home from Knott’s Berry Farm. Melo, of Mission Viejo, and Sotelo, of San Juan Capistrano, along with three other passengers, perished when the vehicle they were in careened out of control on Interstate 5 near the 133 toll road. The vehicle went off the freeway and ended up on an embankment where it caught fire, killing everyone on board, except for the unlicensed 16-year-old driver.

The two boys had played in the league for years and were known to be standout players. Matthew Melo was a talented striker and Sotelo, a speedy team player. They were two players who “played the right way”, according to AYSO Region 87 commissioner Ajay Bhardwaj. Their teammate, Carlos Valladares, likened their skills to soccer stars Lionel Messi and Cristiano Ronaldo.

They boys’ abilities grew to new heights under the guidance of Ivan Melo, who has long been a coaching fixture at the Sports Park in San Juan Capistrano. Every season, parents clamor for their boys to join Team Melo. Aside from his skills as a coach on the field, Ivan is known for creating a family atmosphere, as his teams took trips to watch Major League Soccer’s Chivas USA and attend regular weekend barbecues.

“Our team, we all genuinely care about each other. The sense that the boys get, they come back season after season wanting to play for coach Melo,” team mom Kimberley Harden said.

On Oct. 11, Melo decided to make his return to the sideline to coach the U16 team his son, and Sotelo, loved so much. Hundreds gathered at the Sports Park to pay tribute to the boys and offer support to the Melo and Sotelo families.

Teammates showed up to the game wearing white shirts with personal messages honoring their fallen friends. Matthew Melo and Alex Sotelo’s names were adorned on every shirt, along with their numbers and expressions like “We will miss you” displayed across the chest.

When it came time for the team to play against the U16 team from San Clemente, only nine players from San Juan took the field instead of the customary 11. Melo and Sotelo’s jerseys were placed in the player’s usual positions, both at midfield, until the whistle blew and they were subbed out.

“I thought it was really emotional today because we lost Melo and Sotelo. We were all buddies. It’s really sad not to play with them anymore,” Valladares said.

During the game, Ivan Melo felt the absence of his son and Sotelo instantly. Out of habit, he would think to call for the two boy’s names, but snapped back to reality when he realized they weren’t there.

Ivan Melo’s decision to come back and coach the team was not easy. It was the outpour of emotion and support in the days following his son’s death that ultimately pushed Ivan to return to the field.

“It’s overwhelming, the people coming to my house … These are boys that have played since U6, U8 against each other. No matter how much older they get, we’re just not a team, we’re a family,” Ivan Melo said. “It was pretty moving. We were really touched.”

Sandra Sotelo, Alex’s sister, said her family also felt the community’s love during the pregame ceremony, when both families were given their son’s soccer jersey.

“It just touched our heart to know that there were so many people here for him that knew how good he was,” Sandra Sotelo said.

Ivan Melo will continue on as the U16 team’s head coach.

AYSO Region 87 has set up a memorial scholarship in each player’s name. Two $1,000 scholarships will be awarded to two players each fall season. The region has also set up memorial donation accounts for each of the five teenagers involved in the crash. Go to www.ayso87.org for more information.