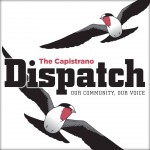 Fresh off a victory over rival St. Margaret’s in the CIF-SS East Valley Division quarterfinals, the Saddleback Valley Christian football team made it known to the rest of the division that they have championship intentions in 2015.

Against Crean Lutheran in the CIF-SS East Valley Division semifinals on Nov. 27, Saddleback Valley Christian, who has not lost a game this season, extended its winning streak to 13 consecutive victories after defeating Crean Lutheran 20-14.

The Warriors will host Grace Brethren in the championship game on Dec. 5. The game time and venue is TBA.

The Warriors and Crean Lutheran squared off back in Week 0, when SVC cruised to a 40-21 victory. But due to a key injury to SVC’s junior quarterback Cade Henjum, the re-match against Crean Lutheran would not be an easy task for the Warriors by any means.

Henjum, who has started under center in each of the Warrior’s twelve wins, noticeably limped to mid-field for the coin toss, indicating that he would not be able to play. Senior running back David Molina started in his place, where the coaching staff plugged the team’s touchdown leader into a run-heavy wildcat offense.

On the first drive, everything went according to plan for the Warriors.

Molina looked unstoppable, scrambling out of the pocket seven different times for 70 yards on a 12-play drive. On the final play of the drive, Molina threw a 28-yard touchdown pass to running back Dalton Lohman and the Warriors went up 7-0.

On the next offensive drive, however, things took a turn for SVC. Molina scrambled out of the pocket once again, but was met by a Crean Lutheran defensive lineman who sent him out of the game for good with an injury after just a one-yard gain.

With Molina sidelined, Henjum was inserted back into the game early despite his injury.

On his first throw of the night, Henjum threw the ball 40 yards into the air. At first it looked like an easy interception for the Saints’ defensive back, until SVC’s standout receiver Savai’i Cravens leaped into the air and wrestled the ball from the defender’s chest. Cravens then turned around and ran into the end zone for a 43-yard touchdown that made it 13-0.

Cravens ended the night with 107 receiving yards and two touchdowns.

Henjum relied on an explosive, big play offense for the duration of the night. The injured quarterback completed 6 of 22 passes for 125 yards and two touchdowns, both to Cravens. Henjum’s second touchdown pass to Cravens came in the second quarter, when the two linked up for a 29-yard scoring connection that increased SVC’s lead to 21-0.