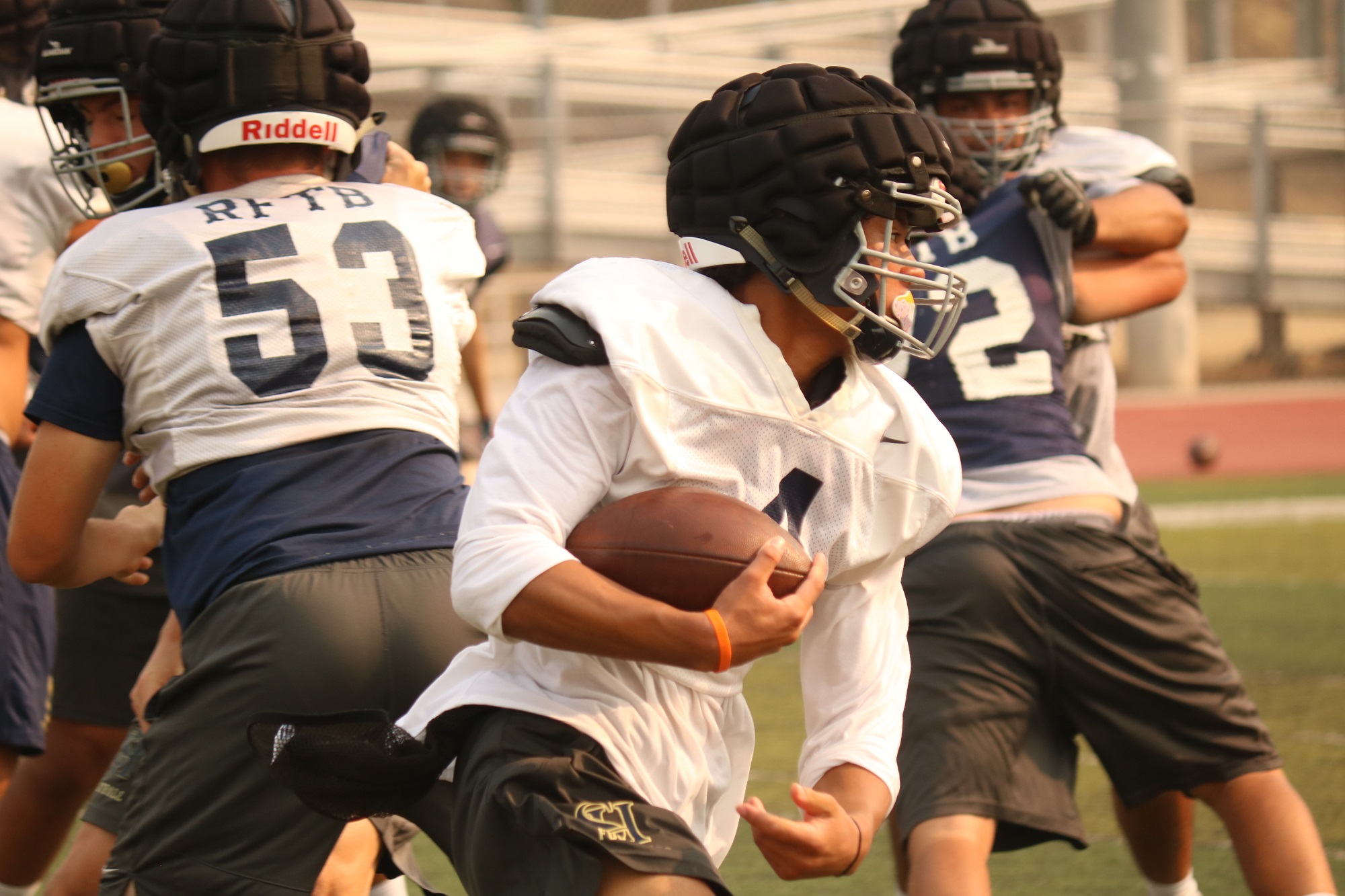 High school football participation was down 3.16% last year in the state of California, according to the 2018-19 California Interscholastic Federation (CIF) Sports Participation Survey released on Aug. 1.

Football was down to 91,305 participants in the 11-man variety across the state, which marked the fourth straight year of decline and the lowest overall participation since 1998. There were 91,301 high school 11-man football players in California in 1998—just four fewer than the 2018-19 total—according to numbers from the National Federation of State High School Associations (NFHS).

“As in previous years, we have noticed a steady and continued decrease in football participants,” CIF executive director Ron Nocetti said in the CIF release. “It is imperative that we continue to partner with organizations such as USA Football and their Football Development Model, which provides a road map for how we coach, play and learn the game at every level.”

Despite the decline in 11-man football, as well as the second consecutive dip in 8-man football, football is still by far the most popular sport in the state, with the 91,305 participants nearly doubling the totals of boys track and field’s 55,355 and boys soccer’s 54,996.

While there is the decline with the state’s top dog, sports participation is up in the state overall by 0.67% to reach a new CIF all-time high for a seventh straight year.

As the most popular sport in the nation, football’s changes will always grab the main focus.

The city’s lone public school, San Juan Hills, has continued with healthy numbers. The Stallions have 56 players listed on the current MaxPreps roster, and the program continues to grow overall.

“We’re up,” San Juan Hills coach Rob Frith said. “We have three years in a row where we have big numbers at the freshman level. We’re up over 60 in camp right now. A lot of it (the participation numbers) depends on the area and the program.”

Among the city’s private schools, JSerra has kept up with other big, private school members in the Trinity League. The Lions list 61 varsity players and 38 freshmen on their football website’s 2019 rosters. The Trinity League teams are some of the most high-profile teams in the country and won’t hurt for roster numbers unless the sport completely collapses.

St. Margaret’s has continued to ride its reputation as a small, private school powerhouse and pull strong numbers for participation. Despite the overall small enrollment, the Tartans have pushed up to CIF-SS Division 6 and boast a total of 79 players on their MaxPreps roster, which matches last season’s numbers.

CVC was once an 8-man program but won its first 11-man league title last season. CVC listed 34 players on its MaxPreps roster last season, but there are only 20 on the current roster. SVC has held steady with 36 players this season, only one fewer than 2018.

“I think it depends on where you’re at,” Frith said. “There are some schools in the lower divisions that struggle to field three teams. I think maybe people are finding other things to do, because football is a grind and a tremendous amount of sacrifice. For some, I think it has to be worth it to them as individuals, as well.”

With these discussions, head injuries and concussions are brought up as symptoms of the decline of participation. Frith says those have always been there, but they are being better about teaching the game.

“(Parents have voiced these concerns) since I’ve been a coach,” Frith said. “We always try to ease the worries by telling them we limit the head-to-head collisions, we limit the big collisions. We teach our kids to keep their heads out of the tackle. It’s all in our coaching and technique. We over-emphasize keeping your head out of the game, as far as a running back dipping their head, a linebacker leading with their head on a tackle.”

Despite these overall participation numbers, Frith isn’t concerned about the state of the game.

“I’m excited to see the evolution of the game – whether, it be NFL, NCAA or CIF, how we continue to adjust the game to benefit our kids and their safety,” Frith said. “There’s rumors at some point that a kickoff won’t be part of a football game, and if they realize that’s better for kids and that’s an unsafe play, I’ll be right there along with them.”