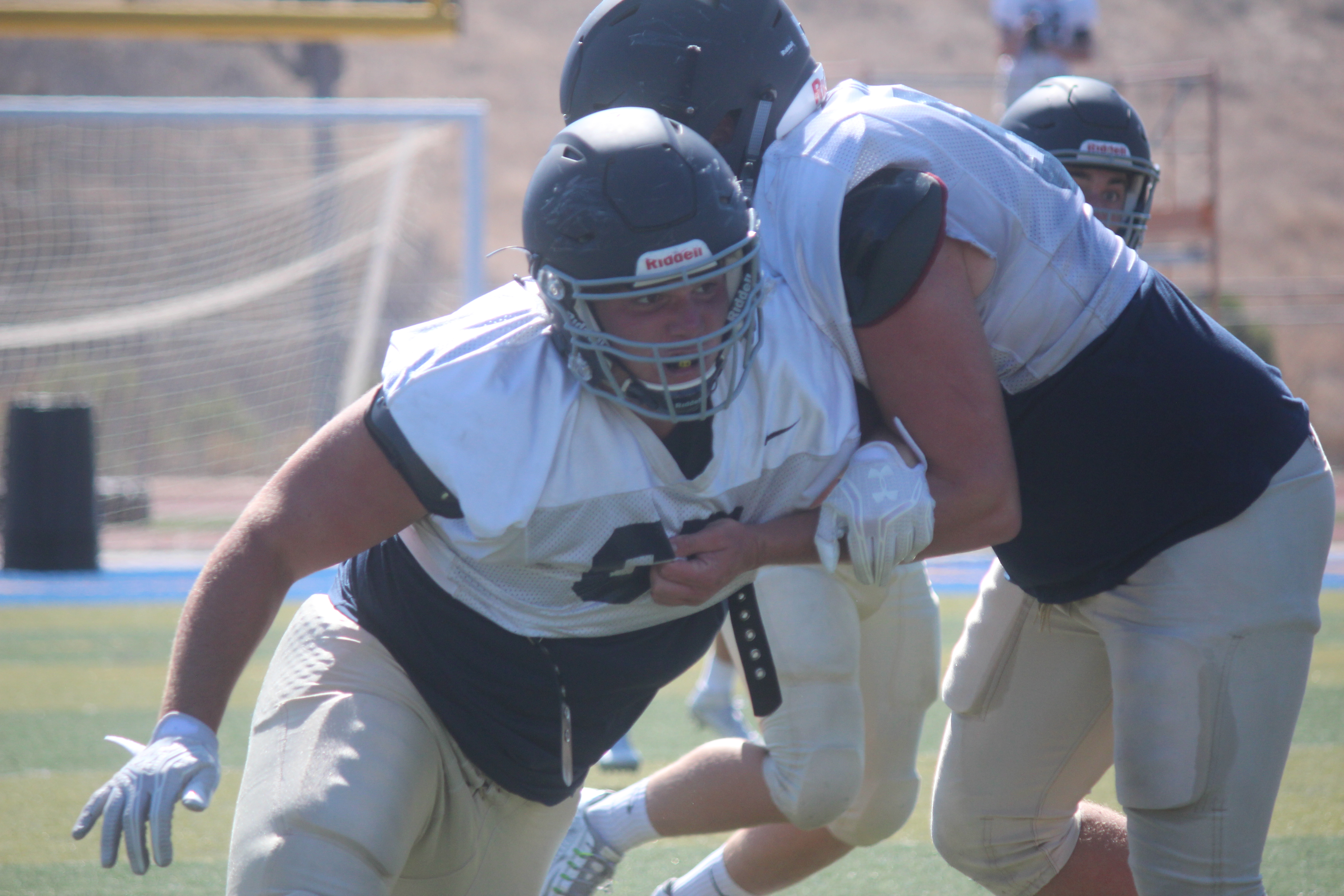 The Capistrano Valley High School football team has had a knack for scoring points this season. In its first two games, standout quarterback Kevin Brown and the Cougars’ offense put up an astounding 93 points.

On Sept. 9, the San Juan Hills defense brought the Cougars high-flying attack to a grinding halt.

San Juan Hills, led by senior nose tackle JJ Glass, brought the pressure early and often on defense and proved to be the deciding factor in a 17-10 nonleague win.

It was the first time the Stallions (3-0) defeated the Cougars (2-1) on their home turf.

Glass was a menace all night. The 6-foot 265-pounder recorded four sacks and had four tackles for a loss, which restricted the ability of Capo Valley’s rushing attack. The Cougars were held to just nine total yards rushing on the night. San Juan Hills’ defense produced six sacks on the night and had five total tackles for a loss.

“We knew we haven’t beat Capo (on the road) before. We wanted to be that first team to go in and knock them in the mouth and I thought we did that very well,” Glass said. “(The defense) gets hyped when we make plays. We’re like a brotherhood up there.”

Brown, who came into the matchup averaging 307 yards passing, was slowed a bit by the Stallions’ front seven. He was able to throw for 246 yards and a touchdown, which came on an 87-yard pass that tied the game 10-10 in the fourth quarter.

San Juan Hills took the lead for good midway through the fourth when running back Cole Suchesk burst for a 26-yard touchdown to make it 17-10.

The Cougars’ defensive front, led by junior defensive end Zach Ritner, was also effective at stopping the run. The Cougars had five sacks and four tackles for a loss.

Up 3-0 following a field goal in the first quarter, Capistrano Valley was driving downfield again to start the second. But a tackle in the backfield made by Glass halted momentum on the drive and the Cougars punted. The Stallions capitalized on their next series when quarterback Doug Jackson found Cayden McCluskey wide open downfield for a 37-yard strike and a 7-3 lead.

Jackson was one of three players who attempted a pass for the Stallions. The team employed several looks on offense, which included wildcat formations. Jackson completed 9 of 15 passes for 106 yards and a touchdown.