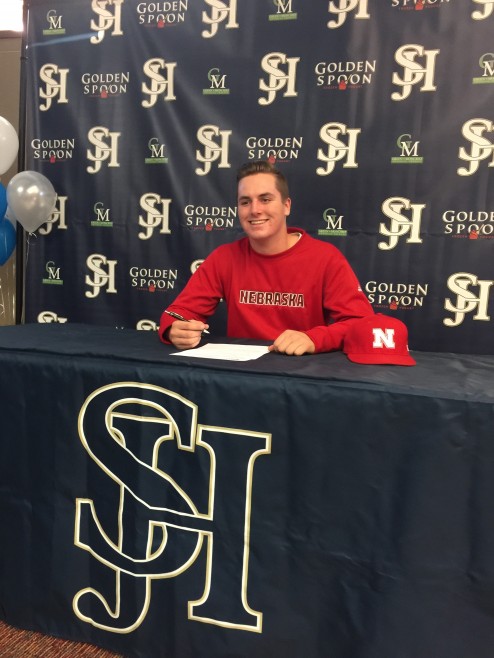 San Juan Hills High School senior quarterback Patrick O’Brien made his commitment to Nebraska official on Nov. 19, as the highly touted recruit signed his financial aid paperwork during a ceremony on campus.

O’Brien sent in his paperwork ahead of schedule in order to be eligible to take part in the Cornhuskers’ spring practice season.

O’Brien will end his high school career as the most prolific passer in Stallions history. As a two-year starter under center, O’Brien completed 70 percent of his passes, throwing for 4,988 yards and 44 touchdowns. He owns every school passing record.

O’Brien finished his high school career showing that he is more than just a passer. The 6-foot-4-inch, 225-pounder also ran for 1,266 yards and 21 touchdowns during his career. His 6,254 total yards of offense sets him at the top of the all-time Stallion ranks.

“Patrick and this senior class built on the foundation of those who came before them and continued to raise the competitive standard for our football program and we are forever grateful for that,” Stallions head coach Aaron Flowers said in a press release. “Nebraska fans have a lot of reasons to be excited about the future.”

O’Brien guided the Stallions to an 8-3 overall record in 2015, including a 2-2 effort in the South Coast League. The Stallions reached the first round of the CIF-SS West Valley Division Championships for a second straight season.

The Nebraska-bound senior was an Elite 11 Quarterback finalist last summer and competed in Nike’s prestigious The Opening, a football showcase event that features 166 of the top prep football players in the country.