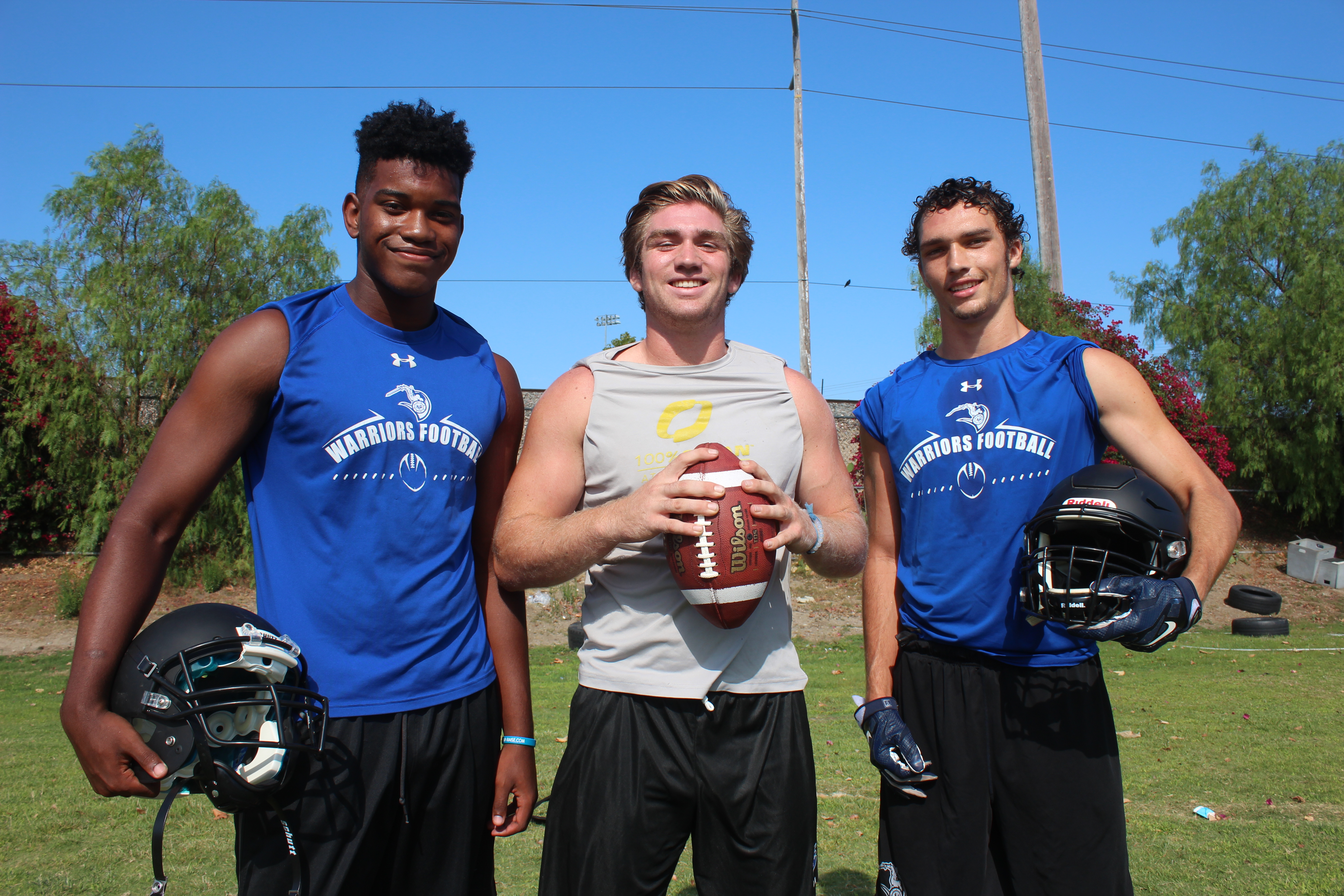 As part of our annual high school football season preview, we headed out to Saddleback Valley Christian training camp.

It would be hard to find a small-school football program in Orange County with more recent success than Saddleback Valley Christian.

The school tucked against the rolling foothills just off Camino Capistrano has been home to a small-school powerhouse two years running. The Warriors own a 27-2 overall record and two San Joaquin League Championships dating back to the start of the 2014 season.

Last year, the Warriors had their most successful season to-date. Under the guidance of first-year head coach Brendan Chambers, SVC barnstormed its way to a league title, the CIF-SS East Valley Division Championship and appeared in the CIF State Division V-A Championship game, where they lost to St. Bernard’s.

Last year’s Warriors squad was loaded with seniors who had played alongside each other for most of their lives (the school is K-12), and many of those impact players have now graduated. Due to the large number of graduating seniors, several other players transferred out, leaving SVC with more than a few holes in its roster as it heads into the 2016 season.

The news of the transfers struck a blow to the program, but one major returning piece the Warriors will rely heavily on this season is senior quarterback Cade Henjum. Henjum was the engine that kept the SVC offense humming last season. He threw for 2,672 yards and 38 touchdowns while also running for 485 yards and six scores.

Henjum’s presence on the roster has sparked the work ethic of several underclassmen, Chambers said.

“It’s a different year for us as a rebuilding process so a lot of guys were on the fence if they were going to come back … and Cade just came in and worked every single day. No matter who was out here, he was going to put in the work,” Chambers said. “A lot of those younger guys who didn’t play a lot last year but played a bit followed and showed up in the weight room and showed up all summer long to put in the work because they saw (Henjum) do it.”

New faces that received limited playing time as underclassmen will have expanded roles for SVC in 2016.

Sophomore running back Isaac Moreno showed he has what it takes to contribute on offense last year, when he was subbed in as the team’s primary back during the team’s CIF SoCal Regional bout with Kennedy. SVC’s starting running back, Dalton Lohan, suffered an injury on the Warriors first series and Moreno, who stands 5-feet-3-inches tall, took over, running for 102 yards and a touchdown in a win that sent SVC to the state bowl game.

Senior Jon Robinson will also play running back and double as a linebacker on defense.

The Warriors’ receiving corps lost its most productive player in Savai’i Cravens, who transferred to Linfield Christian in the offseason. Senior Cole Etchells and junior Jack Deavila will be the primary targets for Henjum in 2016.

SVC will be making one of the larger jumps in the county in terms of CIF-SS divisional placement this season. Due to the CIF-SS division realignment initiative that passed this offseason, SVC has been moved from Division 13 to Division 8, and could face much larger public schools in the postseason. Given the way his team has performed over the past two seasons, Chambers feels his team is ready for the test.

“It’s a huge jump and it’s interesting,” Chambers said. “But they want to go out and play some of the bigger schools in the area after having a good season like we did last year. We’re going to take the challenge and we’re going to accept it.”