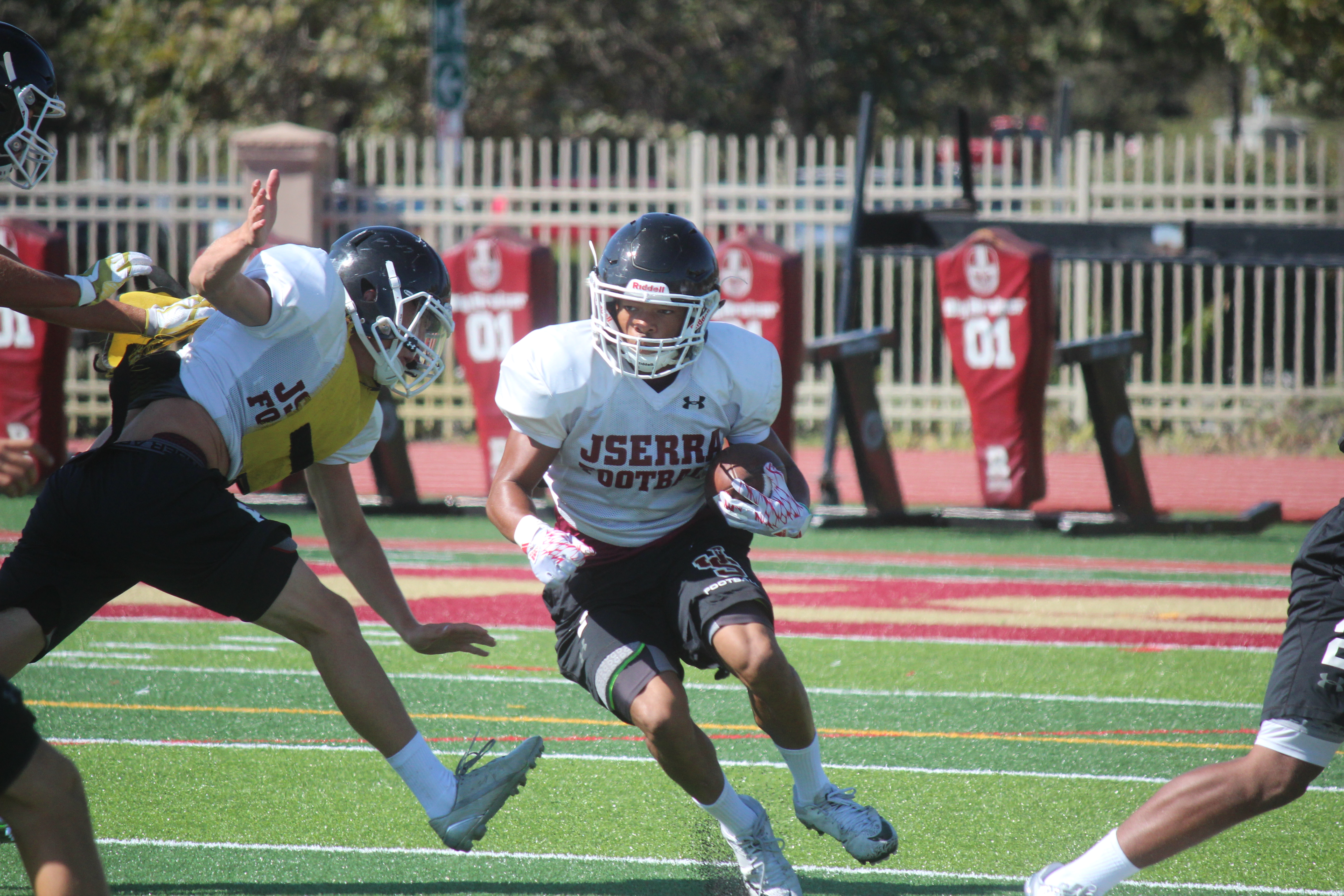 It will be a season of “new” for the JSerra football team.

The Lions have a new head coach, a new identity and a new stadium they can finally call home.

Replacing longtime head coach Jim Hartigan, who was let go in the offseason, is Pat Harlow, who has been on the Lions’ staff as an assistant the last few years.

Harlow, who played collegiately at USC and had a lengthy career in the NFL, inherits a talented and experienced team that will feature 13 returning starters. The Lions also got a boost from several key transfers.

JSerra will finally get the chance to play in front of a home crowd on campus in 2017. The Lions got a new turf field and were granted permission to hold games there at night for the first time in school history. In previous years JSerra played at nearby Saddleback College. The team’s Sept. 1 matchup against Alemany will be the first official home game.

Three-year starter Matt Robinson, a University of Montana commit, will be the key to the Lions’ offense. He threw for 2,053 yards and 20 touchdowns as a junior, and flashed his dual-threat running ability to the tune of 459 yards and five rushing touchdowns.

While he will again utilize his legs to extend plays, the senior signal caller spent the offseason working on maintaining more presence in the pocket, which his coach believe will help the Lions out tremendously moving forward.

“It’s almost like he is a completely different player,” Harlow said of Robinson. “He’s always been a great athlete, but he’s become just a really good quarterback. He is understanding where receivers are going to be, throwing the ball on time, not bailing out when he doesn’t need to.”

The Lions have four running backs they will call upon, a group that includes senior Al Fisher, Eli Jefferson, Jamiel Henning and Anthony Ward.

Receiver Munir McClain, a transfer from Santa Margarita, will be a dynamic presence alongside fellow wideout Tarik Luckett.

To prepare them for the final slate of games in the Trinity League, the Lions will play a tough nonleague schedule, which includes matchups against three teams ranked in their respective division’s top-10 preseason polls.

JSerra, which enters 2017 ranked No. 7 in Division 1, tied for fourth-place in the uber-competitive Trinity League last season. The league features the No. 1-ranked team in the nation in Mater Dei, perennial powerhouse St. John Bosco and regional rivals like Santa Margarita and Orange Lutheran.

“I think we’ll compete well in league,” Robinson said. “This team is definitely the best team I’ve been on and I think we’re going to do some big things.”—SB