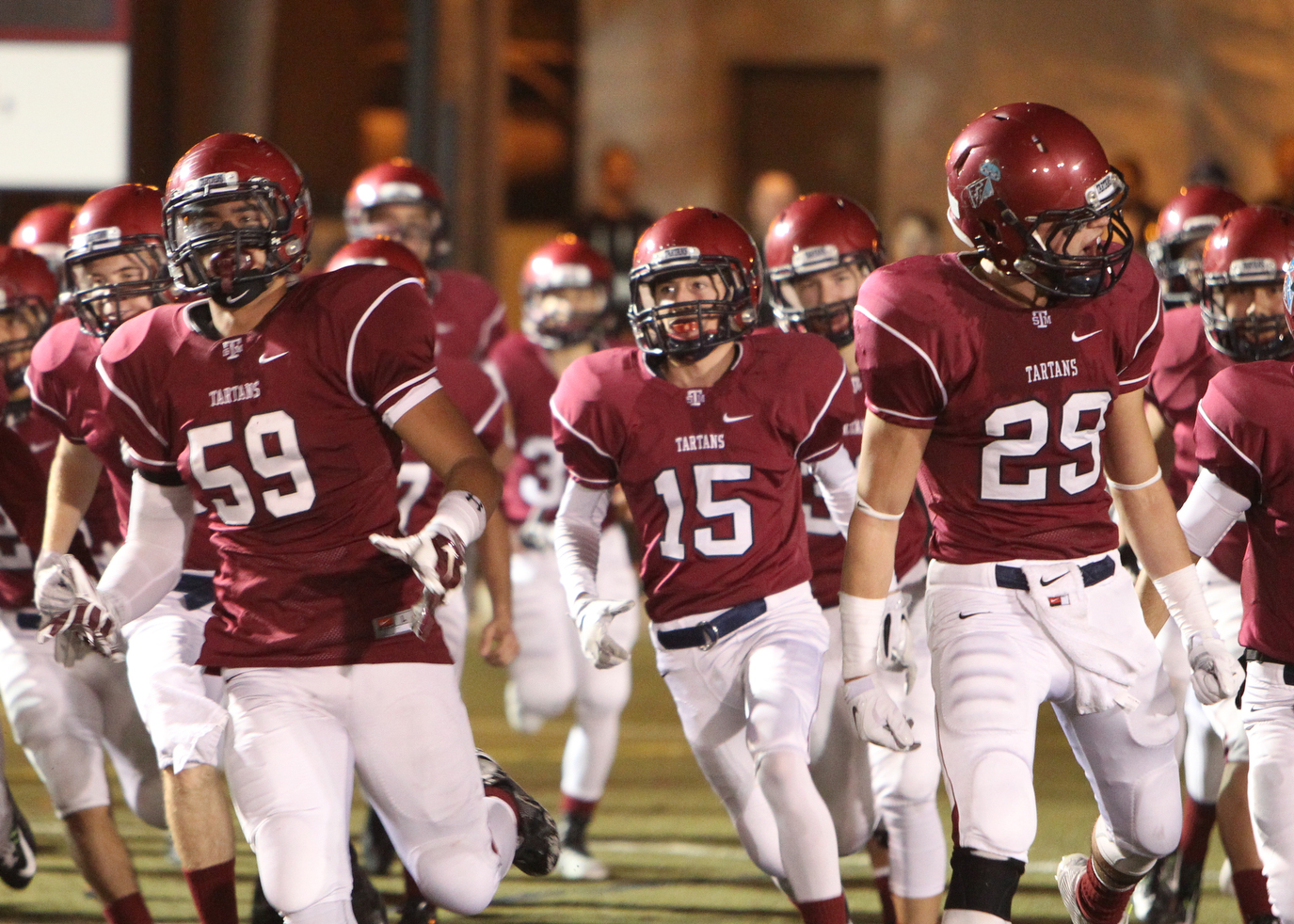 After suffering the program’s only loss of the 2014 season at the CIF State Division IV Championship game, it became known once again that this small San Juan school off La Novia Avenue could do big things on the football field.

“The team views that loss with a sense of unfinished business,” head coach Stephen Barbee said. “After seeing what happened last year, we know at this point that our hard work will get us far.”

The Tartans have worked this offseason in hopes of bringing another high caliber football team to the city of San Juan Capistrano, working diligently both in the weight room and off the field.

Barbee said the team’s motto this season is “We,” a reference to the team’s commitment and effort in the offseason.

The team has adapted well to Barbee’s competitive philosophy. Even the Tartans’ most heralded offensive stars of the 2014 season kept their cool in the face of such high expectations for 2015.

“I know that I’m viewed as a leader and I try to set an example,” standout senior wide receiver Nick Shanks said. “But really everyone on the team holds some form of leadership.”

Shanks was a big part of the Tartans’ 15-win campaign one year ago. Shanks played every game last year, reeling in 33 receptions for 819 yards, averaging nearly 25 yards per catch. He led their receiving core by a landslide with 11 touchdowns and firmly believes that his best season has yet to come.

“This offseason has been surreal and I’ve been putting everything I have into my last year,” Shanks said.

The Tartans remain optimistic about this season despite the loss of last year’s standout running back Oscar Gomez Jr., who ran for 2,392 yards and 38 touchdowns as a senior. Despite such tremendous numbers from the ground game, the team never claims to have been a rushing program.

A great source of the team’s confidence is due to the return of junior quarterback George Krantz, who threw for nearly 1,700 yards last season as a sophomore. Krantz will be surrounded by playmakers, like Shanks, on offense.

While a great amount of this team’s success will depend upon the young quarterback, this is not the first year in recent history that the Tartans have dealt with high expectations concerning the player under center.

“(Davis) really helped me out when I was a freshman. He gave me advice on and off the field and helped me familiarize with the offense,” Krantz said.

But unlike many St. Margaret’s teams of the past, this team hopes to continue its success by adding more challenging opponents to the schedule.

Last season, the Tartans outscored nonleague opponents 257-41 and outscored their Academy League rivals 173-41 in four league games. The Tartans saw their fair share of landslide victories. This year’s team, however, will play to an elevated level of competition.

Between the team’s Sept. 18 matchup against Bishop’s of La Jolla and their Oct. 10 game against Justin-Siena of Napa, the Tartans will host the reigning CIF San Diego Section Div. 4 and CIF North Coast Section Div. 4 champions, respectively.

The Tartans will also face two 2014 playoff teams in their first two weeks of the season in Capistrano Valley Christian and The Webb Schools.

“When we start playing tougher opponents, I think it really helps to set the stage for CIF-level competition,” Krantz said.

“We play some great teams this year and we understand that the best team they’re going to see this season is us,” Barbee said.

The Tartans have made it clear that their mission is to not only win these high-profile games, but win every single game.

Not only are the Tartans following in the footsteps of their 15-1 season in 2014, they are also representing a school that has had a long-standing tradition of playoff success.

Since the inception of the school’s football program, the Tartans have won six CIF Championship banners in eight trips to the finals. All six of those championship games have taken place in the last ten years. On top of that, the team has shown success in state championship games as well—winning it all in 2008 and appearing in the state finals last season.

And it is clear now what the expectation is for 2015. Krantz, who already has a championship ring to his credit, put it plain and simple.

“Our goal is to win the CIF Championship,” he said.