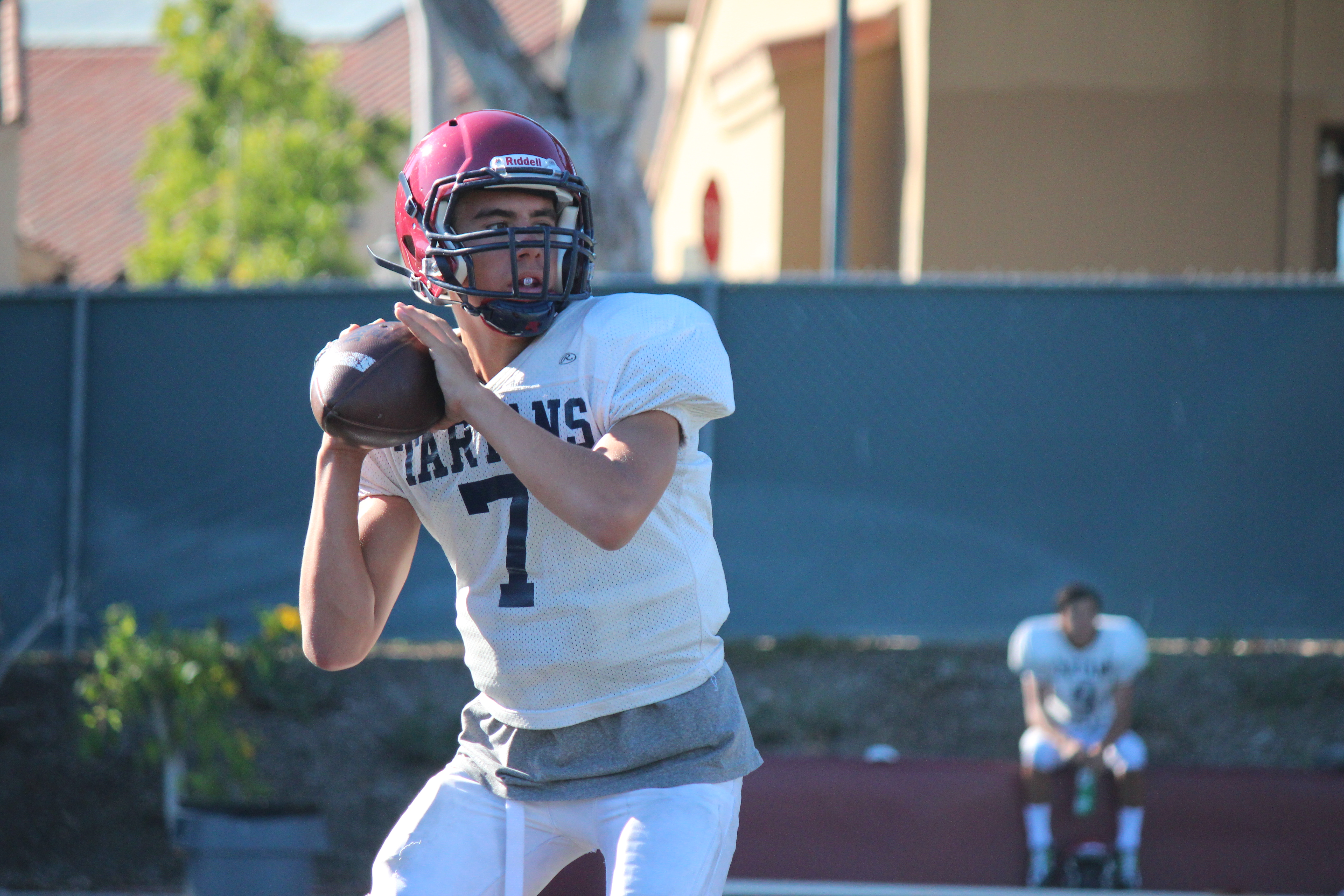 Tartans regroup for another shot at a CIF Championship

On paper, St. Margaret’s Episcopal School appears to have all of the pieces they need to win a 10th consecutive league title and make another deep playoff push.

The Tartans return 13 starters from a team that appeared in the CIF-SS Eastern Valley Division championship game.

A main strength of last year’s team was the defense, which held teams to one score or fewer four times, including a shutout. Despite losing three All-CIF defenders to graduation, eight players return on defense to make up what has become a stingy unit.

The Tartans are still figuring out who will be their starting quarterback. Ellis, sophomore George Krantz and senior Ryan O’Hare are currently battling for the spot. But one thing is certain—whoever it is will have plenty of offensive weapons surrounding him.

Five players return to the Tartans offense, which scored plenty of points in 2013. St. Margaret’s eclipsed the 40-point threshold on offense 10 times last year, including a pair of 55 and 56-point performances. The offense was effective, averaging just over 38 points per game during their 14-game schedule, including the playoffs. Graduated quarterback Josh Davis fueled the Tartans prolific passing attack while Oscar Gomez took care of things on the ground.

Gomez, now a senior, burst onto the scene as a junior in the Tartans first game of the season. Gomez rushed for 360 yards and six touchdowns against Village Christian School on Sept. 6 and didn’t stop there, earning All-CIF honors for his standout season.

Gomez had an impressive season despite missing three games to injury. Head coach Rod Baltau said that Gomez piled up over 1,600 yards last year in seven games, which makes the possibility of a 2,000-yard season for him in 2014 seem within reach.

Shanks, who also plays running back and wide receiver, filled in very well when Gomez was injured early last season. Shanks rushed for 257 yards in a game against Whittier Christian and seemed to be on a roll before an injury sidelined him for the rest of the year.

With both Gomez and Shanks healthy and back in the mix, Baltau can deploy multiple formations on offense.

“They’re both going to get carries. We are going to try and get them on the field at the same time as much as possible,” Baltau said. “We have several guys where we want to make sure to get the ball in their hands. That’s a good problem to have.”

St. Margaret’s secret weapon lies in returning senior kicker Charlie Beall, who Baltau says has 50-plus-yard field goal range and almost assures the Tartans a touchback whenever he kicks off.

The Tartans preseason schedule is filled with several promising games, including a tilt against Laguna Beach on Sept. 26. Their competition in the Academy League figures to be Brethren Christian, who finished second in league last year, and Sage Hill.