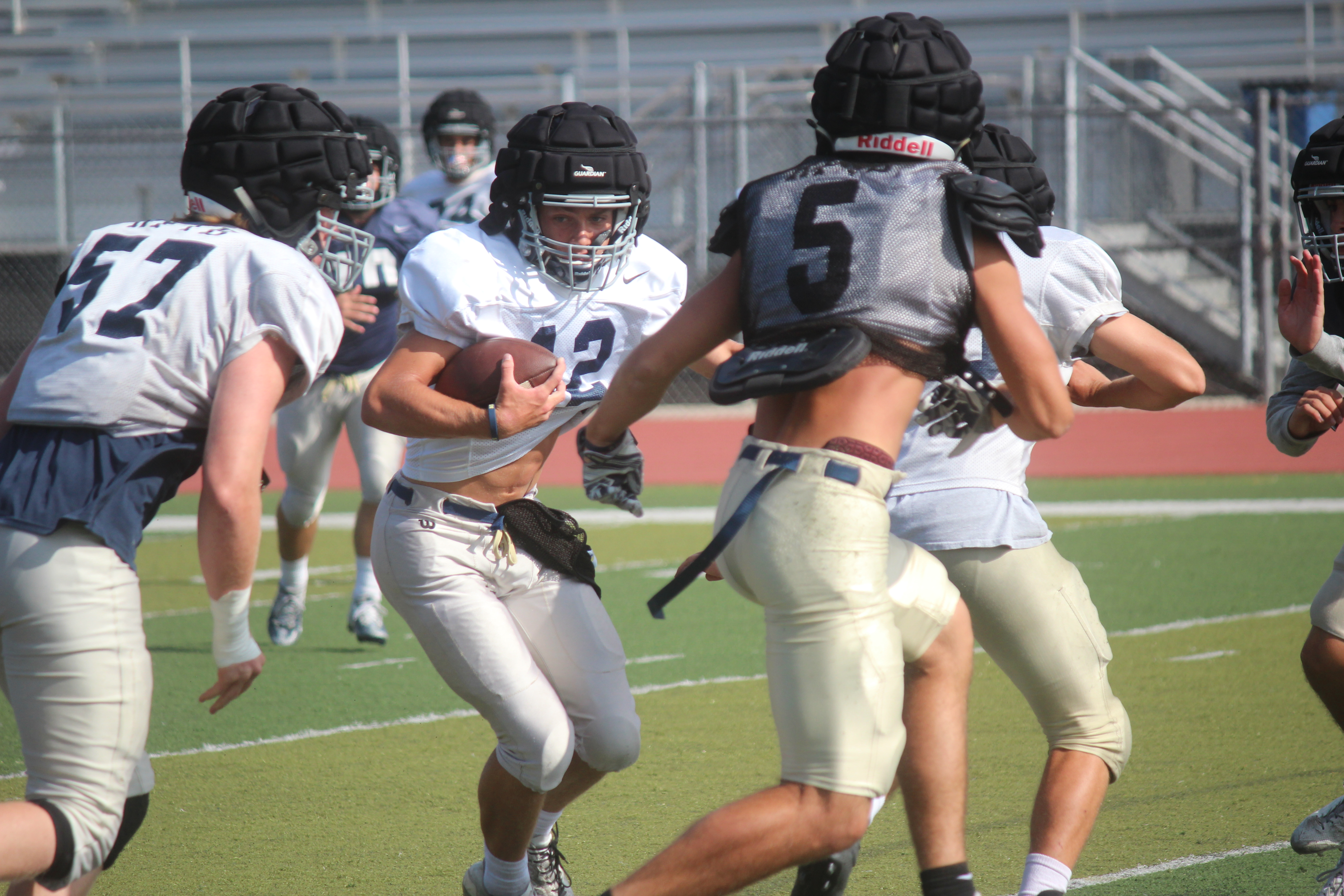 When looking around the field during a recent fall practice, San Juan Hills coach Aaron Flowers realized his roster is going to have some major production void to fill.

The Stallions graduated a large, and impactful, senior class that scored a fair amount of points. Just one of the skill position starters on this year’s team has scored a varsity touchdown.

“That’s totally rare,” Flowers said of the situation. “You usually have one or two (skill players returning) but that’s not the case. We feel like we have younger guys that can fill those spots, they just haven’t shown it in a varsity game yet.”

The situation has led for a very competitive camp, Flowers said, and the Stallions return enough players at other positions that they are poised for another solid campaign. San Juan Hills debuted as the No. 2-ranked team in the CIF-SS Division 4 preseason polls.

The lone returning starter that has scored in a varsity game is senior quarterback Doug Jackson. Jackson split time at the position last season with senior Matt Rodriguez, who returns. Jackson has won the starting job and possesses good agility and above-average arm strength, according to Flowers.

Play on both the offensive and defensive lines should be a major strength this season.

Lineman Sean Rhyan returns to lead an experienced group. Rhyan, who is 6-foot-5-inches and weighs 300 pounds, was one of the hottest college recruits in Orange County this offseason. He picked up offers from nearly every Pac-12 school, including USC, UCLA, Washington and Stanford. He will also play on the defensive line.

Isaiah Grover and Gabriel Martinez return to the line as well.

“We have a lot of (lineman) that can play multiple spots,” Flowers said. “I’m hoping they’ll play well because that usually leads to a lot of good things.”

Senior linebacker Austin Gifford recorded 74 tackles and an interception as a junior and will return to lead a unit that includes Morgan Derifield.

The Stallions nonleague schedule is dotted with high-profile matchups, including a rivalry game against Capistrano Valley, which appeared in a CIF-SS Championship game last year, and Edison, which won the CIF-SS Division 3 title in 2016.

San Juan Hills has always been competitive in the South Coast League, but will need to get past either Mission Viejo or San Clemente to enter the league’s upper echelon. –Steve Breazeale