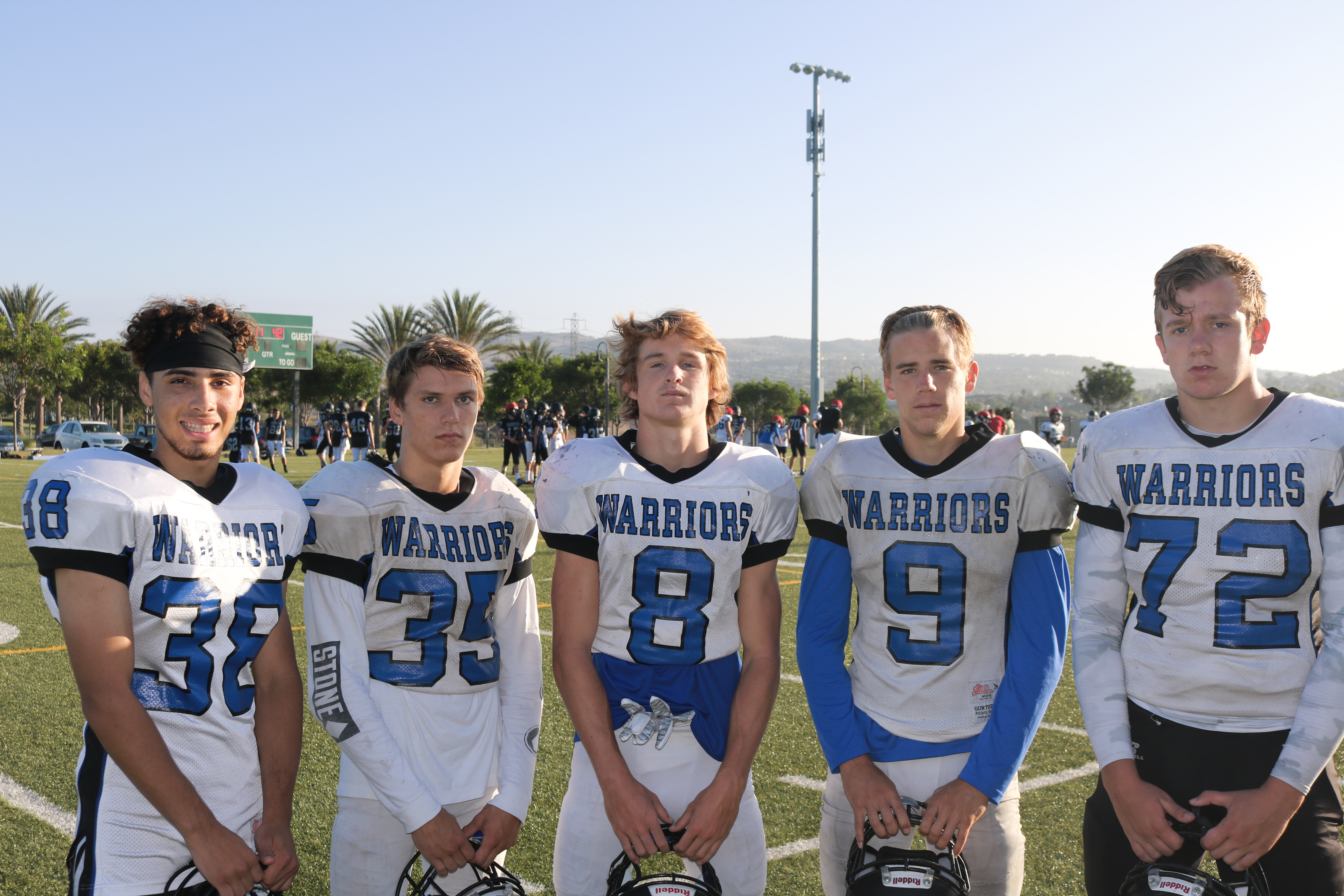 Saddleback Valley Christian football coach Brendan Chambers beamed with confidence when asked about his team’s desire to defend its San Joaquin League title in 2017. The Warriors have won 11 straight league titles, and went undefeated in league play one year ago.

“No one wants to be a part of disappointing a dynasty,” Chambers said of his team’s mindset. “They show up and they work for that every day.’

After losing their All-League leader and on-field powerhouse quarterback Cade Henjum to graduation, Chambers and his squad are adopting a new philosophy in 2017.

“We’re a young but very talented team. We’re going to keep it simple, and I think we can do that really well,” Chambers said.

Stepping up and filling the quarterback role will be junior Mason Allen. Chambers said Allen has big arm strength and possesses a classic drop-back, game-management style.

“I’ve never seen anything like (his style) at this level,” said Chambers, who was a school record-setting quarterback while at SVC.

“We’re exciting on the outside. Our speed is our strength,” Chambers said of his receivers.

Anchoring the defensive side of the ball will be junior Donte Seltzer. At 6-foot-tall, 230 pounds, Seltzer looks the part of the prototypical middle linebacker. He returns to play the position after recording 153 tackles last season and will be a force against opposing offenses.

Tanner Jackson, Jackson Combs and Cade Carter make up a trio of transfers that have little experience but promising upside.—DR