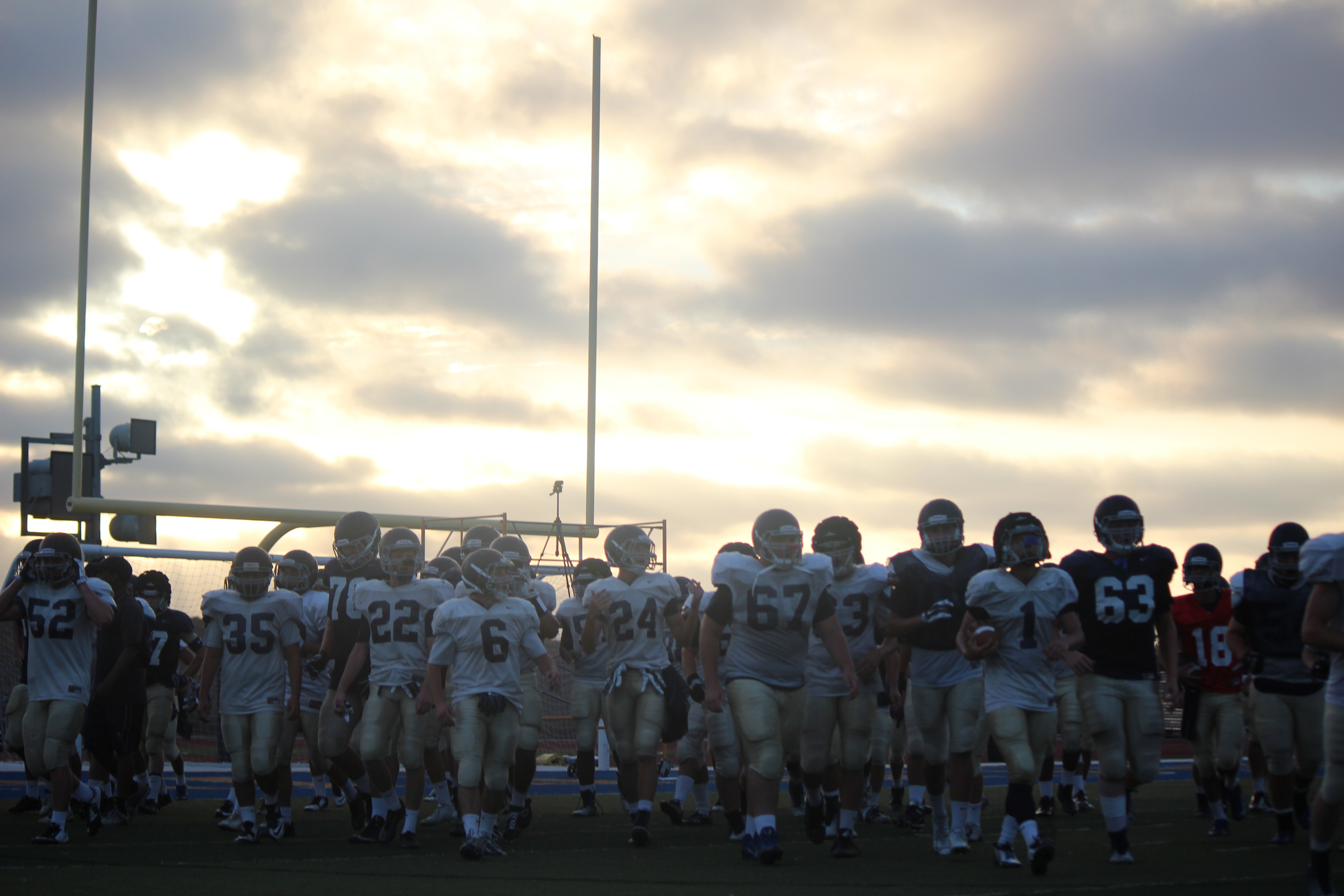 All five of the San Juan Capistrano high school football programs are headed to the CIF-SS playoffs this week. Here is a rundown of the week’s matchups. All games will be held Friday, Nov. 14 at 7 p.m. unless otherwise noted.

Follow us on Twitter @SouthOCsports for scores and updates on all of the high school football playoff games.

The Lions put an exclamation mark on the end of their regular season run with a 38-21 victory over Trinity League opponent Servite on Nov. 7.

A 9-1 overall record on the year, including a 4-1 mark in the highly competitive Trinity League, earned the Lions the No. 2 overall seed in the CIF-SS Pac-5 Division playoffs.

JSerra junior running back Edward Vander had a big game against the Friars, running for 145 yards and three touchdowns.

JSerra finished second in the Trinity League and will enter the playoffs for the first time in school history.

Santiago-Corona (6-4, 3-2 league) made it to the playoffs by finishing third in the Big VIII League.

If the Lions advance past Santiago-Corona, they will face the winner of Bishop Amat/Lakewood in the second round on Nov. 21.

The Stallions (4-6, 1-3) won only one game in the South Coast League but garnered enough consideration to grab one of two available at-large berths.

San Juan Hills will have a tough task in the opening round, where they are set to play top-seeded Upland (8-2, 5-0). If the Stallions get past Upland, they will play the winner of Edison/Hart in the second round on Nov. 21.

The Tartans wrapped up their perfect season with a 42-0 shutout over Calvary Chapel on Nov. 7. Now the Academy League champions will turn their attention toward another deep playoff run in the CIF-SS East Valley Division.

St. Margaret’s has reached the finals of the postseason tournament in each of the past two seasons and this year, they enter the fray as the No. 1 overall seed.

Excelsior Charter (4-6, 4-3) earned an at-large berth into the playoffs following a fourth-place finish in the eight-team Desert Mountain League.

The St. Margaret’s defense appears to have rounded into shape, having limited their past three opponents to seven total points, a stretch that includes two shutouts.

If the Tartans advance past Excelsior Charter, they will face the winner of St. Genevieve/Santa Paula in the second round on Nov. 21.

The Warriors defeated Santa Clarita Christian in a shootout, 54-40, on Nov. 6 to finish the year with a perfect 10-0 record.

Crean Lutheran, out of the Academy League, earned an at-large berth into the playoffs.

The Eagles strong finish in San Joaquin League play earned them a second-place finish and a berth into the CIF-SS East Valley Division playoffs.

St. Anthony (9-1, 4-0) claimed the Santa Fe League championship and is the third overall seed in the East Valley Division.