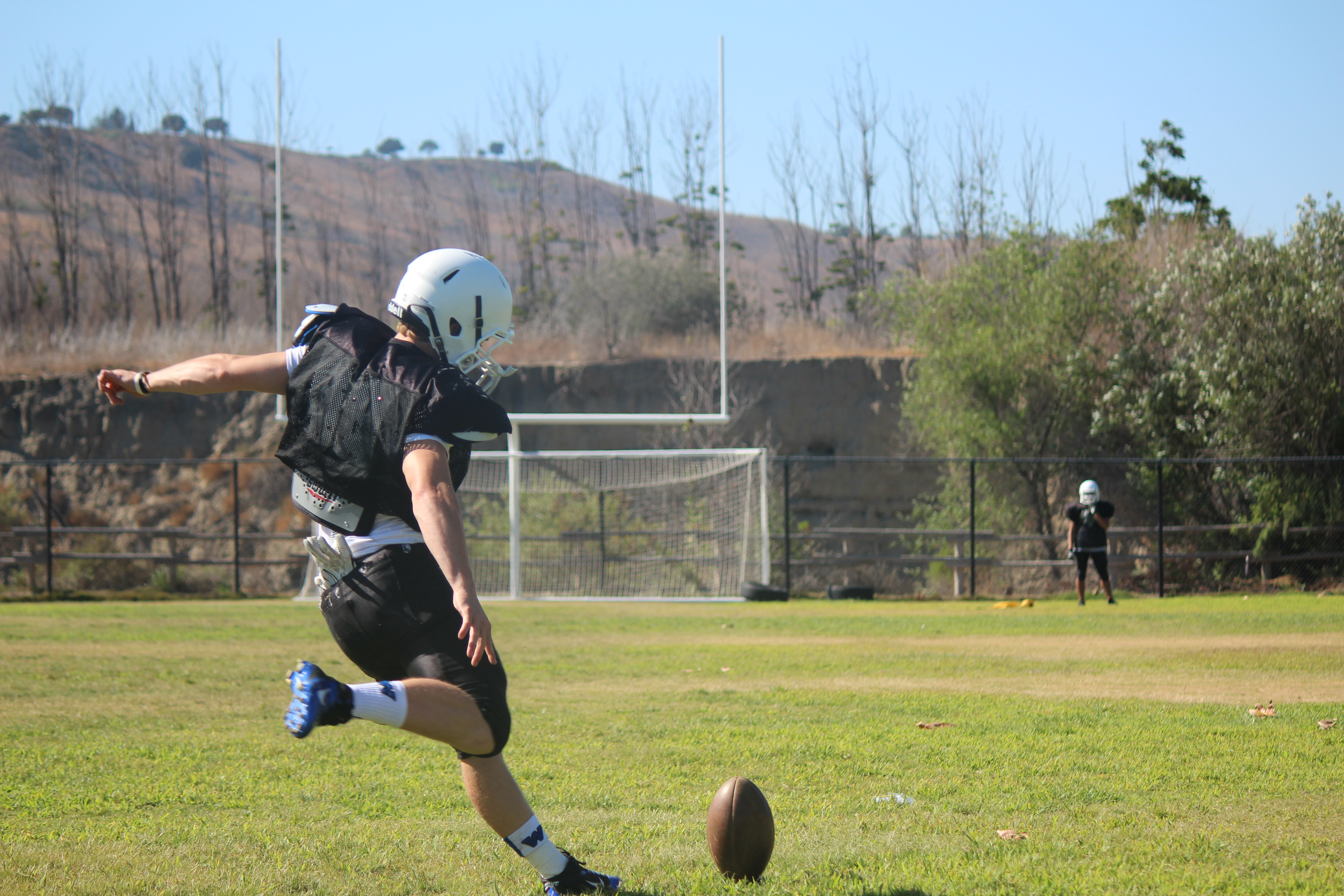 Every week we will highlight and break down the  high school football schedule for the San Juan area teams.

There are several kinks in this week’s schedule, as San Juan Hills plays on Saturday and Saddleback Valley Christian plays Thursday. JSerra Catholic is on a bye this week.

This will be the biggest test of the season for the Saddleback Valley Christian football team.

Aliso Niguel (2-3), is a large public school out of the Sea View League and is coming off a 25-22 win over Pacifica last week.

The Warriors (4-0) have been on a roll this season, outscoring their opponents by a combined 136-42 margin. They have been led by the quarterback tandem of sophomore Cade Henjum and senior Jake Markum, along with running back David Molina and Charlie Morris.

Saddleback Valley Christian will have its hands full against the Wolverines.

Century has struggled to put points up on the board this season, while the Tartans have been effective in negating opposing offenses. St. Margaret’s has allowed only one opponent to score more than two touchdowns this season. Look for this game to be decided at the line of scrimmage.

The Capistrano Valley Christian football team will look to bounce back in the win column in this early start game against Crean Lutheran out of the Academy League.

The Eagles (2-2) first-year head coach Eric Prezler wanted his team to be battle tested come playoff time and they will square off against a larger Academy League school for the second time this season.

Crean Lutheran (4-1) has put up over 40 points in four of their five games this season and eclipsed the 50-point margin three times, including a 60-30 victory over Fairmont Prep on Sept. 12.

Capistrano Valley Christian comes into the contest off a 24-21 loss to Linfield Christian last week. Eagles quarterback Riley Babick had an uncharacteristic game in the loss, completing only 45 percent of his passes for one touchdown and two interceptions. The Eagles will have to play mistake-free football if they want to contend with Crean Lutheran.

The San Juan Hills football team ran into a tough Los Alamitos squad in week 4 and lost 42-7. Their home game against Beckman on Oct. 4 figures to be an easier contest for the Stallions, but Beckman will be playing with plenty of confidence following their 20-17 win over Tustin on Sept. 26.

The Stallions (2-3) will be led by junior quarterback Patrick O’Brien and senior running back Mike Miscione, who has scored in every game he’s played this season.