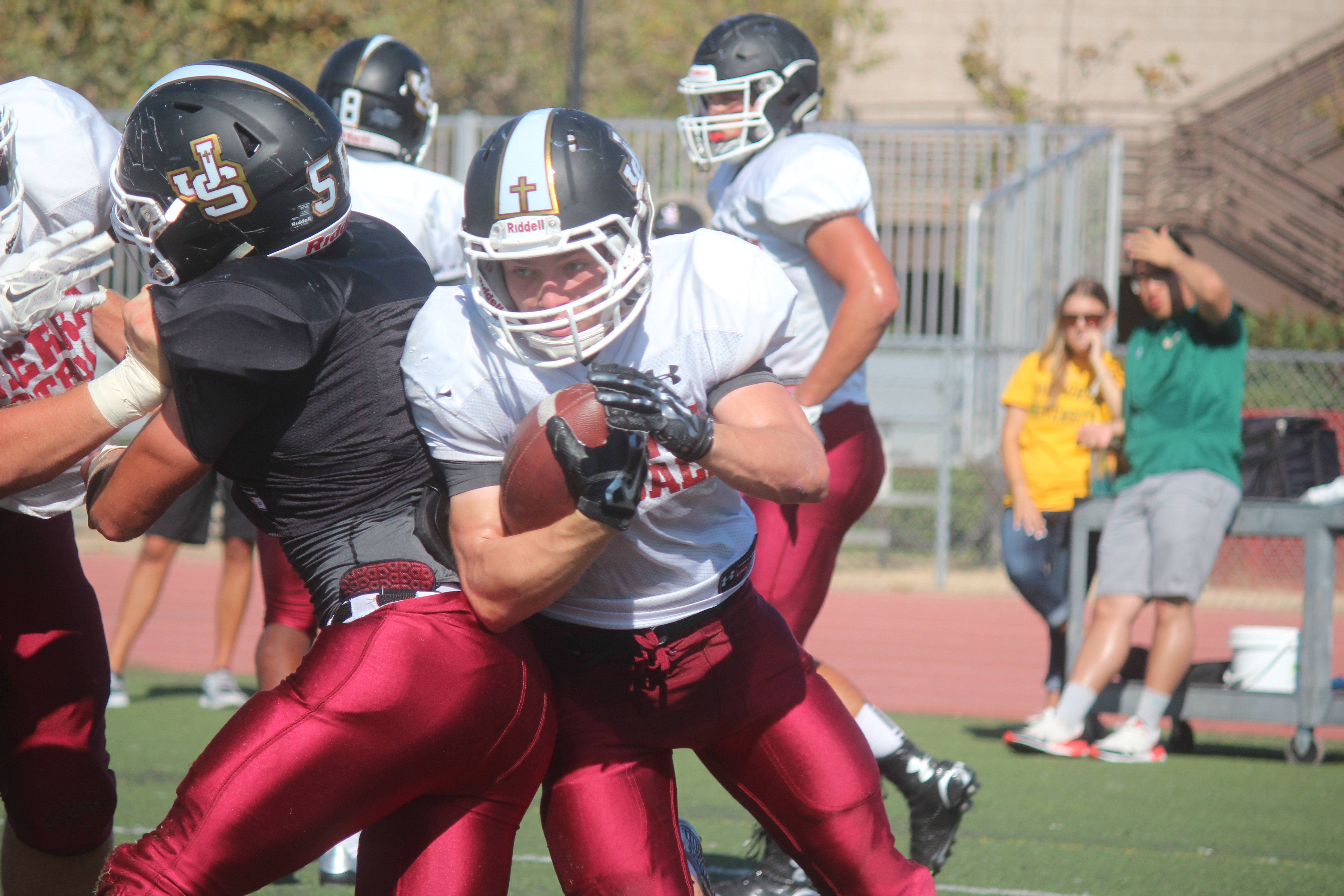 The high school football regular season may be winding down, but in San Juan Capistrano, several teams are ramping up for a run through the upcoming CIF-SS playoffs.

Here is a re-cap of what went down during Week 9 and a preview of what’s to come in tonight’s matchups.

This one has all the makings to be a classic.

The Stallions and Titans will square off on Tesoro’s home field with second place in the South Coast League on the line. Mission Viejo (10-0, 4-0) has already wrapped up the top spot in league.

The South Coast League guarantees two playoff berths for its top-2 finishers, so a win is crucial for both teams. Whoever loses this matchup has a good chance at earning one of the West Valley Division’s wild-card berths, but that will come with a lower seeding and a tougher first-round opponent in the CIF-SS Championships.

San Juan Hills continued to put up points last week against a struggling Dana Hills team. The Stallions put up more than 50 points for the fifth time this season in a 55-15 victory. That win was to be expected.

The Stallions will have a much more difficult matchup tonight against a stingy Tesoro defense.

The main storyline for tonight’s game centers around the two quarterbacks. Senior Patrick O’Brien, a Nebraska commit, will lead the Stallions and Arizona-bound Devon Modster will call the shots for Tesoro.

O’Brien has righted the ship in the turnover department that hindered his production last season and is completing an astounding 78 percent of his passes in 2015. He has thrown 28 touchdowns to only five interceptions. He’s also the team’s leading rusher and is averaging seven yards per carry.

The Titans defense has proven it can limit mobile quarterbacks this season. The Titans held El Toro’s Dawit Wilson to just 49 yards rushing in a 31-28 win on Oct. 9.

Modster is also a dual threat quarterback with several weapons surrounding him.

The Lions kept their playoff hopes alive last week following a thrilling upset of powerhouse Mater Dei. The 35-28 win put JSerra back in the playoff picture and for the second time in as many weeks, they will be playing with their backs against the wall.

Orange Lutheran, the No. 9 ranked team in the PAC-5 Division, has impressive wins over Servite and Santa Margarita in the Trinity League. The Friars and the Eagles both defeated JSerra earlier this season, although the games were closely contested.

The Lions run defense will need to be sharp tonight against the Lancers. Orange Lutheran is averaging 232 yards rushing per game and is led by quarterback LJ Northington (566 rushing yards, 10 touchdowns) and running back Dominik Austin (832 yards, 7 TDs).

It was the first loss in league play for St. Margaret’s since 2004, a streak that spanned 38 consecutive league wins.

Crean Lutheran took a 20-13 lead into the half and scored 14 unanswered points when Tanner Atkinson and Gavin Folsom ran for one and four-yard touchdown runs late in the third quarter and midway through the fourth, respectively.

The Tartans will close out their regular season with a nonleague game against Victor Valley tonight.

The win vaulted Saddleback Valley Christian up to No. 2 in the CIF-SS East Valley Division rankings.

The Webb Schools will come into tonight’s game riding a three-game losing skid.

Lohman is putting together a monster season at tailback. The senior is averaging 11.4 yards per carry and has rushed for a team-high 984 yards and 12 touchdowns through nine games.

Molina and Lohman have proven to be an effective one-two punch out of the backfield. The two have combined for 21 rushing touchdowns this season.

The Eagles can wrap up second place in the San Joaquin League with a victory over Southlands Christian tonight.

Capistrano Valley Christian throttled The Webb Schools 42-14 last week, which put them in position to finish second in league for a fourth straight year.

Senior running back KCI Thompson was a dervish on the field last week, rushing for 189 yards on 21 carries. Thompson scored three touchdowns, including a long scoring run of 67 yards.