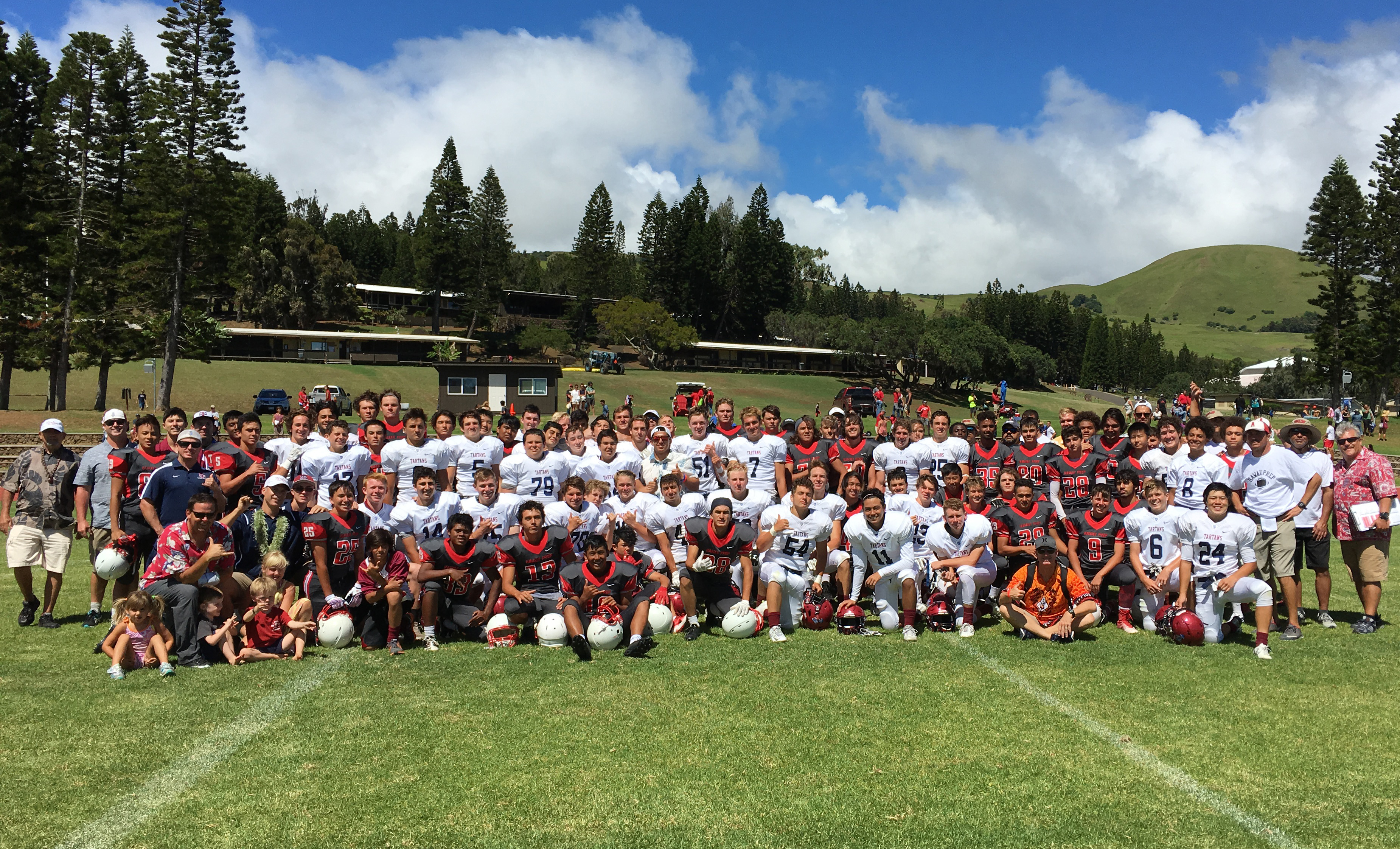 The 2016 high school football season is underway, and one local team already picked up its first win.

For scores, in-game updates, news and more for all of the San Juan prep football teams, follow us on Twitter @SouthOCsports.

Tartans Battle the Elements for First Win in Hawaii

The St. Margaret’s football team might have had the most desirable season-opening game in Orange County. The Tartans kicked off their season with a trip to Hawaii and a matchup against Hawaii Preparatory Academy of Kamuela on Aug. 20.

But despite being in paradise, the Tartans were all business when they took the field. St. Margaret’s battled against tricky wind conditions and came away with a 41-7 victory.

The wind was consistently gusting early in the game, which negated the ability of senior quarterback George Krantz. The Tartans pivoted to a run-first approach, and sophomore running back Koa Todd was up to the challenge. The rising sophomore ran for 226 yards and two touchdowns, racking up 117 yards in the first half.

“The wind was a huge factor in the game. … We needed Koa to carry the load, and he did a great job of running after contact and making guys miss,” head coach Stephen Barbee said via email.

While the Tartans’ running attack was the star of the game, the defense also made its presence felt. Senior linebacker Nick Amoukhteh scored the team’s first touchdown of the season after recovering a Hawaii Prep fumble in the end zone in the first quarter.

Krantz, who passed for over 3,000 yards and tossed 43 touchdowns as a junior, also made an impact. The senior connected with receiver Austin Locke for a long touchdown pass in a decisive third quarter. Senior running back Nick Krantz also scored in the third and Todd punched in his second touchdown of the game during the quarter.

For Barbee, the versatility of the team’s offense and tenacity on defense was the key to the game.

“We decided that we were going to have to win the game the old-fashioned way and grind it out. They had no problem with us having to change the game plan early in the game,” Barbee said.

The Tartans arrived in Hawaii on Aug. 16, which allowed them to soak in the culture and also lend a hand through community service. The team volunteered at two churches during the week, where they washed windows, weeded out gardens and chopped down trees.

The big question heading in to San Juan Hills’ game against Dos Pueblos on Aug. 26 will be “Who is starting at quarterback?”

The Stallions are looking for a replacement for Patrick O’Brien, who is now at Nebraska. Juniors Matt Rodriguez and Doug Jackson were fighting for the starting job in the offseason.

Whoever starts for San Juan Hills will be surrounded by playmakers. The San Juan Hills receiving corps is one of the better groups in the area, and features returners Jacob Huff and Cayden McCluskey. Running backs Brock Cazel and Cole Suchesk will do the damage on the ground.

Dos Pueblos is coming off a 3-7 season, and returns quarterback Kellen Roberts. Roberts threw for 2,082 yards and 18 touchdowns in 2015.

Sacramento Charter High School will be making the long drive south to play against JSerra at Saddleback College on Aug. 26.

The Dragons ran away with the Metropolitan League title last season and advanced to the second round of the CIF Sac-Joaquin Section Division 2 Championships. Sacramento Charter is coached by Justin Reber, the former head coach at Saddleback Valley Christian and someone who is very familiar with the local programs.

JSerra is a very young team this year, and will be led by returning junior quarterback Matt Robinson and senior Riley O’Brien, who will be an impact player on both offense and defense.

Veteran head coach Rick Curtis will lead Capistrano Valley Christian on to the field for the first time on Aug. 26. The Eagles will travel to play Tri-City Christian, the defending Pacific League champions.

The two teams squared off against each other in last year’s season-opener and Tri-City Christian won by forfeit.

The Eagles are led by returning quarterback Dawson Piper and linebacker Nolan Kahal.

The Warriors held a comfortable 37-14 lead at halftime, but saw the lead shrink in the second half. Northwood came within one score in the third quarter following a touchdown run by Jason Pontillas that cut into SVC’s lead at 37-30. But the Warriors scored one more time to put the game out of reach.