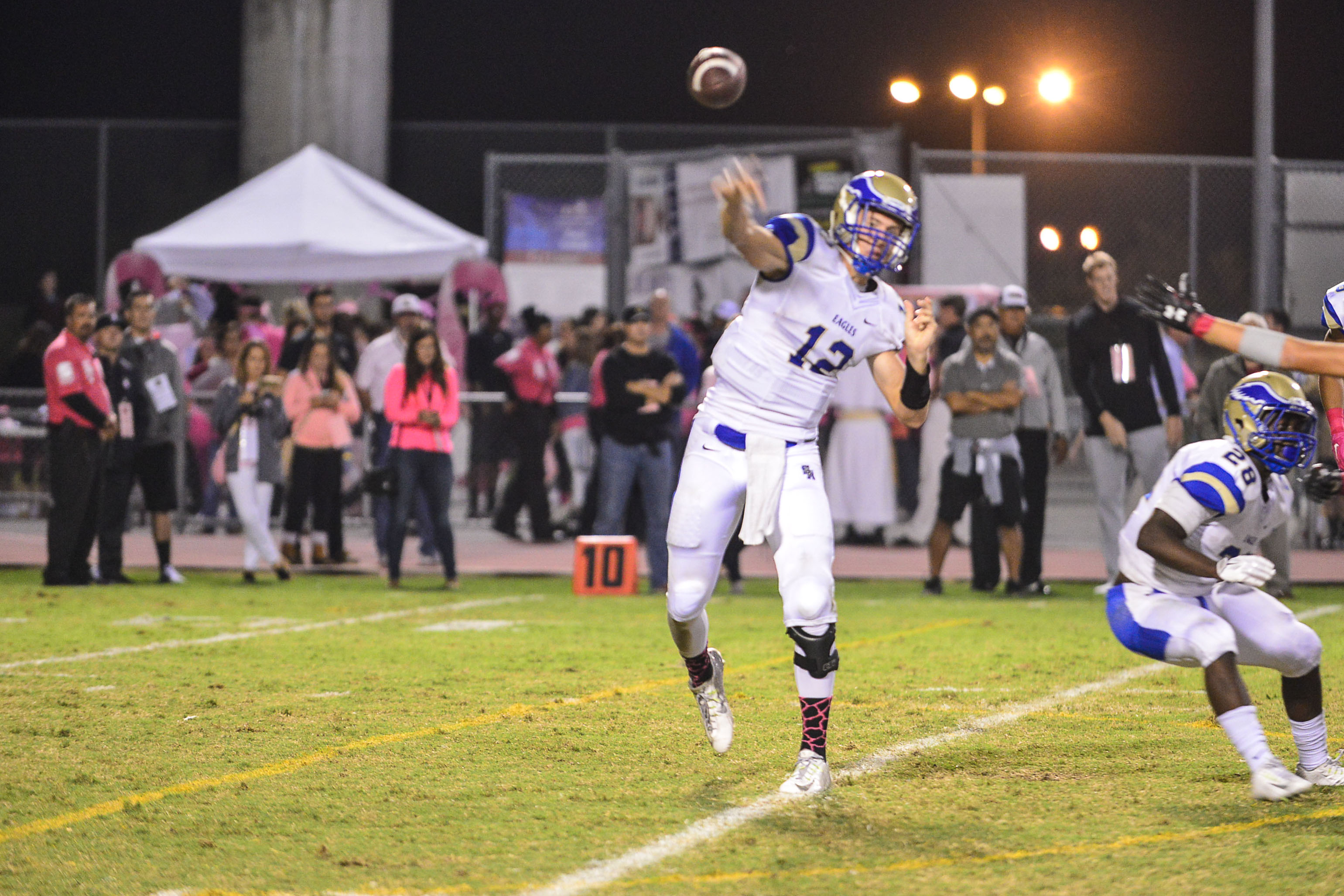 For the first time since 2013, Santa Margarita marched onto the field without Stanford-bound quarterback KJ Costello, who was sidelined with an ankle injury for a Trinity League matchup against JSerra on Oct. 16.

Fortunately for the Eagles their backup quarterback, Richard Wagner, thrives in the pocket just like Costello.

Wagner, a junior, confidently filled the “next man up” role, throwing 19 passes for 180 yards, three touchdowns and an interception against the Lions.

The Eagles had not defeated JSerra since 2012.

The circumstances in this game were essentially “sink or swim” for these teams, having both suffered losses against Trinity League rivals the week prior. JSerra experienced their first loss of the season in a 39-38 nail-biter against Servite (3-4, 1-1), while Santa Margarita was exposed in a 62-14 loss against St. John Bosco (7-0, 2-0).

Lions running back Avery Williams struck first against the Eagles, ending a long offensive drive with a one-yard touchdown to make the score 7-0. Three plays later, Wagner connected with Grant Calcaterra for a 66-yard touchdown pass to tie the game. The Eagles’ quick-strike explosiveness would continue to be a theme throughout the game.

After forcing a quick three-and-out to start the fourth quarter, with the game knotted at 21-21, a pass attempt from Lions quarterback Ryan O’Brien drew a defensive pass-interference against the Eagles, setting the Lions up with good field position. On the next play, an errant O’Brien pass was intercepted.

On the Eagles next drive Wagner connected once again to Calcaterra for a 51-yard touchdown to seal the win.

JSerra will continue the gauntlet of Trinity League play in the coming weeks, with games scheduled against St. John Bosco, Mater Dei, and Orange Lutheran, respectively.