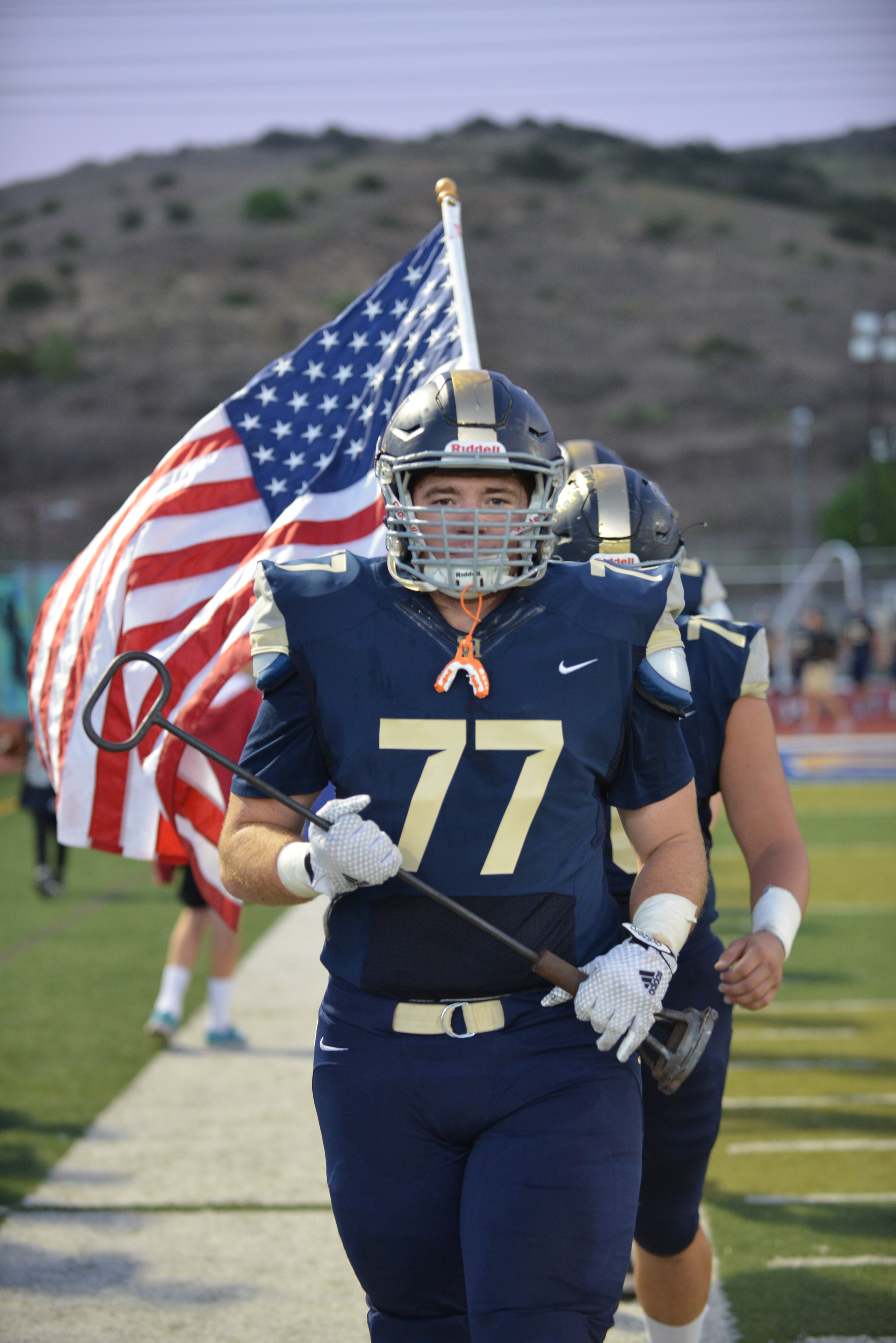 Scoring seven touchdowns in front of a homecoming crowd is a remarkable feeling. An even better feeling, however, is remaining undefeated on the season.

The San Juan Hills High School football team has yet to lose this season. Los Alamitos, the highest ranked nonleague team on the Stallions’ schedule, seemed at first like a viable contender to disappoint San Juan Hills on Sept. 25th. By the end of the night, however, the scoreboard read differently.

Despite the heightened competition, San Juan Hills handily defeated the Griffins 54-26 and advanced to a perfect 5-0 on the season.

San Juan Hills has built up plenty of momentum in the first half of the season and continued to produce against the Griffins, who entered the game ranked fourth in the CIF-SS West Valley Division rankings. The Stallions entered the contest ranked seventh. Prior to week 5, the Stallions rallied for two consecutive landslide victories against Capistrano Valley and Marina, respectively. On the season, the Stallions have outscored the competition 229-87.

Senior quarterback Patrick O’Brien completed 20 of 24 passes for 312 passing yards and three passing touchdowns against the Griffins. Contrary to his usual routine, he did not throw a touchdown pass to star receiver Jacob Huff, who led receivers in yards with 118. On the ground, O’Brien  ran for 76 yards and ran for one score.

O’Brien is in the midst of a stellar stretch of play. Through five games, the senior quarterback  has recorded 1,389 passing yards with 15 touchdowns and two interceptions. O’Brien has completed an impressive 80 percent of his passes.

San Juan Hills junior running back Cole Suchesk had a breakout performance, taking seven carries for a team-high 126 yards and three touchdowns. Suchesk’s longest run of the night came in the second quarter on a 57-yard scoring sprint that put the Stallions up 21-0.

This was much more than just a win for San Juan Hills. More than any team they have played this season, Los Alamitos best represents the level of competition that the Stallions will see in the South Coast League, which O’Brien said is a good indicator for the team moving forward.

“Wins like these are a huge confidence boost,” O’Brien said. “We beat a great team tonight.”

San Juan Hills will travel to play Beckman in their final nonleague game of the season on Oct. 1.