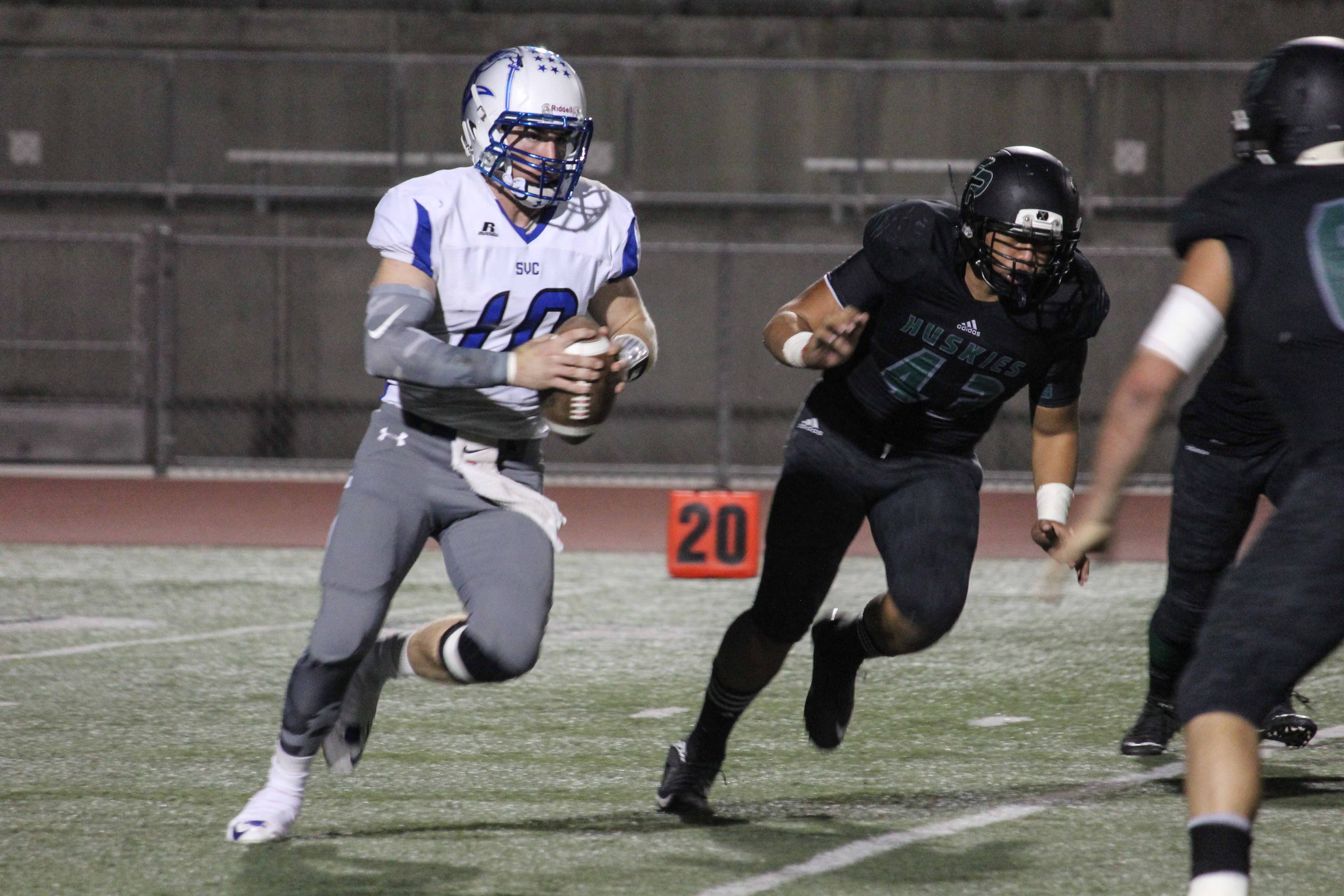 The St. Margaret’s High School football team faced a familiar foe when they hosted Saddleback Valley Christian in the second round of the CIF-SS East Valley Division Championships on Nov. 20th. Last year, the two teams met in the East Valley division semifinals and St. Margarets went on to win the whole thing. This year was a different story, as second-seeded Saddleback Valley Christian won the game 28-23 behind big performances from its defense and junior quarterback Cade Henjum.

SVC will host Crean Lutheran in the semifinals on Nov. 27. The site of the game is TBA.

St. Margaret’s got off to a rough start. On the Tartans’ fourth play from scrimmage, junior quarterback George Krantz threw the first of his four interceptions on the night.

SVC took advantage of the miscue and went on a 13-play, 64-yard scoring drive that was capped off by a 13-yard touchdown pass from Henjum to senior David Molina on fourth down.

St. Margaret’s gained momentum back as they scored a touchdown and a field goal on their next two drives to take the lead at 10-7. But after going up 10-7, the Tartans just couldn’t hold on. SVC answered back with a four-yard touchdown run by senior Ryan De Viso and recovered the ensuing onside kick. Six plays later, a 22-yard Henjum pass to junior Savai’i Cravens gave SVC a 21-10 lead at the half.

The St. Margaret’s defense intercepted Henjum to begin the third quarter, and six plays later, Krantz ran it in from 11 yards out to cut the lead to four. The Tartans defense then forced an SVC punt, and looked to be in prime position to take a late lead. Instead, Krantz threw his third errant pass that resulted in an interception late in the third quarter and the ball was returned to the seven-yard line. De Viso found the end zone for the second time on the following drive, putting SVC up 28-17, for what was the decisive score.

St. Margaret’s scored with 19 seconds left to cut the deficit to three, but an onside kick attempt by the Tartans was easily recovered by the Warriors.