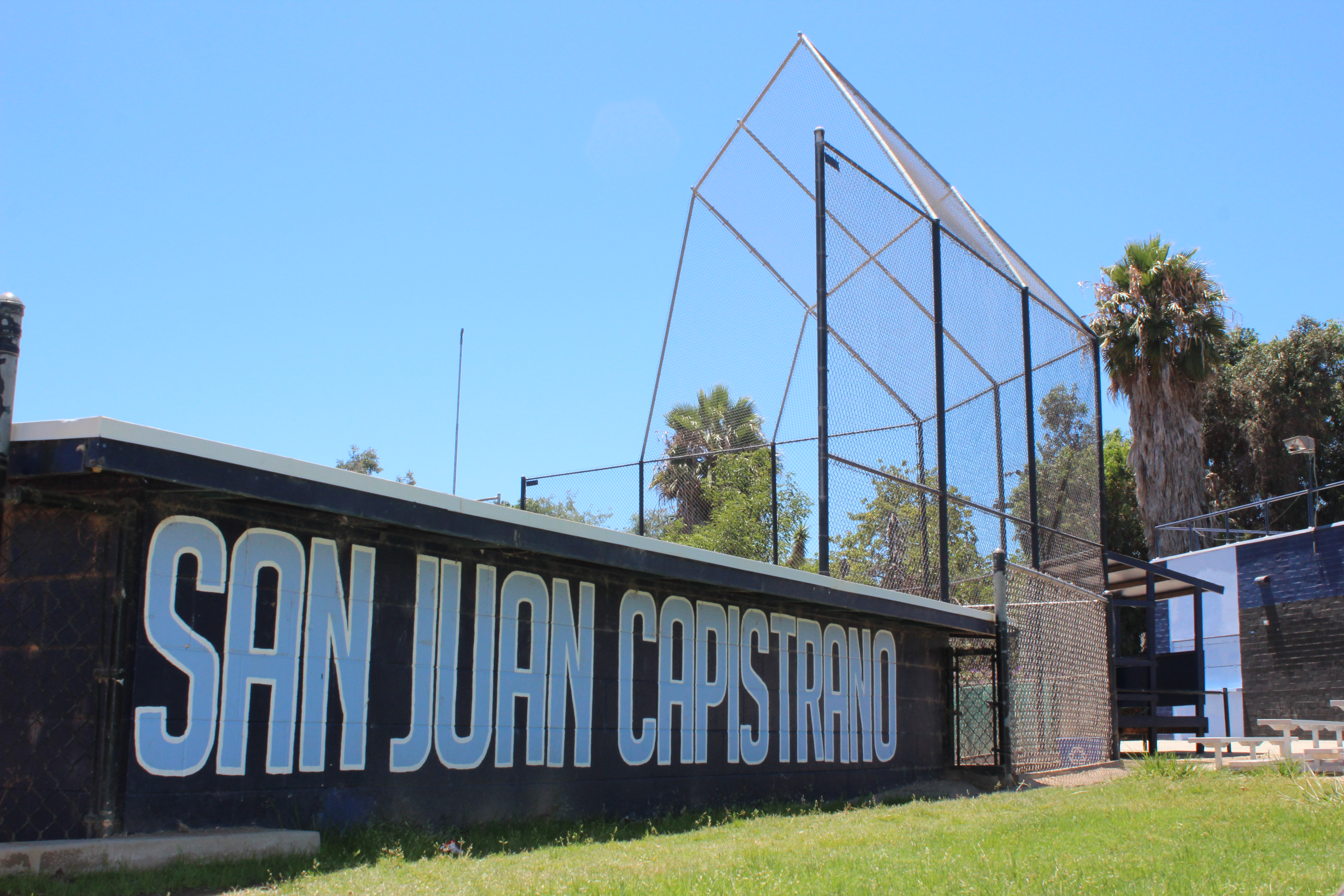 For San Juan Ballplayers, Old Majors is a Field of Dreams

There are five baseball fields utilized by the San Juan Capistrano Little League, each providing their own unique charm to those who play on them. But in the eyes of many in town there is one field that stands above the rest.

In its long history, Old Majors Field has seen its share of strikeouts, extra inning walk-offs and unlikely victories. But more importantly, the popular field has been the universal backdrop for the memories of countless youth ballplayers and their families, who will remember the historic field for years to come.

The 51-year-old San Juan Capistrano institution lies directly against the sound wall off Interstate-5 South near Ortega Highway. It is tucked away in a grassy corner of space behind San Juan Hills Elementary, right where Acjachema Street comes to an end. Despite the constant commotion of the freeway the ballfield, which is naturally surrounded by trees and idyllic houses, exists in its own little bubble.

The origin story of the field is quite simple and longtime San Juan Capistrano resident Pat Forster, 69, remembers how it came to be.

Forster’s father, Marco Forster, was on the San Juan Capistrano School Board in the 1950s, along with Fred Newhart Jr. and P.J. Meadows. There was already an established baseball league for older kids, held at places like Stone Field, so the three decided there needed to be an official Little League setup in town. The school board trio thought it was time younger players joined in.

“The three-person board had tremendous pleasure watching their kids play Little League and wanted to get the next generation to have the same fun,” Pat Forster said.

Much like the legendary field built by Kevin Costner’s character in the movie Field of Dreams, the parcel of land Old Majors Field was built on used to be a corn field. There was also an orange grove nearby.

A lot has changed in the area over the years, such as the expansion of the adjacent freeway and a large sound wall that lies behind the left field fence, which acts as a barrier for the area’s homeowners as well as a natural stopper for any ball trying to find the windshield of a passing car.

Old Majors now plays host to the AA and AAA levels of San Juan Little League. There is also a tee ball and an A ballfield right next to it.

The field measures 175 feet down the left field line, 200 feet to straightaway center and 185 feet to right. There is a large net in between the left field fence and the sound wall, to make sure home runs can’t escape. According to league president Dave Rosa and grounds maintenance manager Warren Michaelis, the net was put in place in the early 90’s, when a standout pitcher and hitter was energizing the field with his power and strength. Malaefou Mackenzie was a feared pitcher because he threw so hard and was a prodigious power hitter, routinely swatting balls over the sound wall, prompting the need for a net. Mackenzie would go on to be a three-sport athlete at Capistrano Valley High School and play tailback for the USC football team from 1997 to 2002.

It’s a classic looking ballfield, but what the players really look forward to when they step on the diamond is gathering in the unique dugouts.

The dugouts at Old Majors Field are below ground level, like they are in MLB stadiums. The players get to watch from a distinct vantage point and during games, get to feel like big leaguers.

“I like way the field is designed with the underground dug outs. That is one of my favorite features,” 12-year-old Little Leaguer Nathan Yates said.

“They are the best dug outs I’ve ever been in,” Yates younger brother, Michael, added.

Old Majors Field has become the landmark for San Juan Capistrano’s baseball themed family tree, encapsulating the city’s small-town feel. According to Rosa, there are generations of residents who grew up in town, played on the field and now watch their own children run around the same hallowed ground.

For others, like Rosa, who did not grow up in San Juan, the field attracts baseball lovers nonetheless.

When his boy began playing, Rosa wanted to help out and drag the infields, which he began doing for the tee ball diamond. As his child grew, he transitioned over to Old Majors and was so enamored with the history and passion found in San Juan Capistrano Little League he became the president of the whole operation.

Old Majors Field just has that effect on people.

“You become a part of this field and it becomes a part of you. This is one of a kind. I don’t think they’ll ever make another field like this again,” Rosa said.