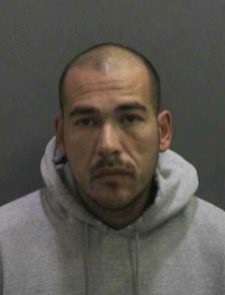 A former JSerra Catholic High School teacher was convicted Thursday of three felonies for having sex with a former 14-year-old female student.

Ricardo Aldana, 40, faces a minimum sentence of four years and four months in state prison and mandatory lifetime sex offender registration, according to a release from the Orange County District Attorney’s Office. His sentencing is scheduled for Friday, July 11.

A jury acquitted Aldana of four other counts.

Aldana, who taught Spanish and coached boys soccer, met the victim when she was a 13-year-old student at the private school in San Juan Capistrano, according to the DA’s office. In June 2011, after the girl turned 14, prosecutors say Aldana inappropriately massaged her shoulders, over her clothes, while they were alone in his classroom. He was accused of “grooming” the girl through frequent text messages and phone conversations.

In September 2011, Aldana picked up the girl from her home when her mother was out of town, took her to his Dana Point residence and snuck her into his bedroom to avoid his roommates, prosecutors said. Aldana was accused of having sex with the girl before dropping her off at her home at 4 a.m.

The Orange County Sheriff’s Department began investigating the case after an instructor at an out-of-state academic camp overheard the victim talking to other students. Aldana was arrested in December 2011.

During the trial, the jury heard a recorded call with Aldana begging the victim not to say anything about the case, according to the release. A prior victim also testified that she had sex with Aldana multiple times when she was 16 and he was in his early 20s.