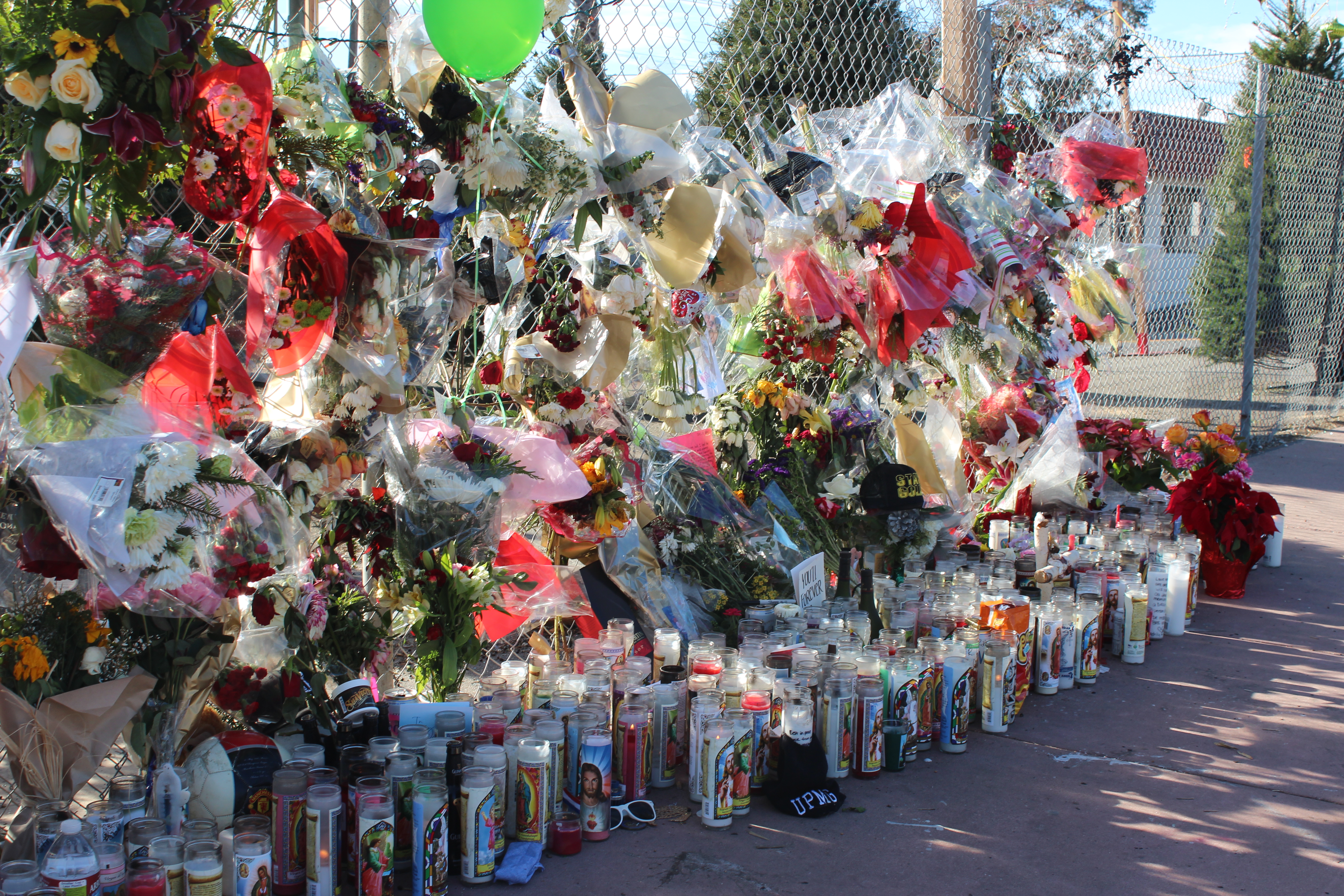 Three from San Juan dead, investigators believe alcohol and speed were factors in the wreck

Four people were killed and a fifth injured in a single car accident early Saturday morning near the corner of South El Camino Real and Avenida Valencia in San Clemente.

Three men and one woman, including the driver of the vehicle, were pronounced dead at the scene, Orange County Sheriff’s Department spokesman Lt. Jeff Hallock said. Authorities responded to the scene around 1:30 a.m. Saturday.

A 24-year-old female passenger, whose name has not been released, was transported to a local trauma center. She is expected to survive.

Don Bolender, the owner of the Christmas tree lot near where the accident took place, and whose fence is now adorned with flowers, photos and candles remembering the victims, said he was sleeping at the time of the crash. After a 22-hour day, he said, he and a friend fell asleep at approximately 1 a.m. When he awoke at 6 a.m. to take his friend to the airport, Bolender discovered deputies had blocked off the street on either side of the crash site.

Parts of the car and a light pole knocked down by the crash were strewn throughout the lot, Bolender said, and bits of glass could also be found in some of the trees.

The last several days, Bolender said, have brought a nearly constant stream of mourners to the site. The crowd grew so large on Monday that community resource officers blocked traffic. Although he lives year-round in Washington, Bolender said he could tell the accident had a “profound impact” on the community.

One of the victims, Silva, worked as a barber at Señor Barber in San Juan Capistrano. His father, Jose, is an employee at the Mission.

A viewing for Silva was held Thursday at Lesneski Mortuary in San Clemente, according to a post on the Señor Barber Facebook page. A mass will be held Friday, December 13, at 1 p.m., at Mission Basilica Church. A reception will follow and the family has requested mourners not wear black but colorful clothing.

Friends of Silva organized a benefit Tuesday at El Adobe de Capistrano to help support the families of the four deceased. An online fundraiser has also been set up at www.youcaring.com/memorial-fundraiser/a-proper-farwell/114929.

Brian Park contributed to this story.