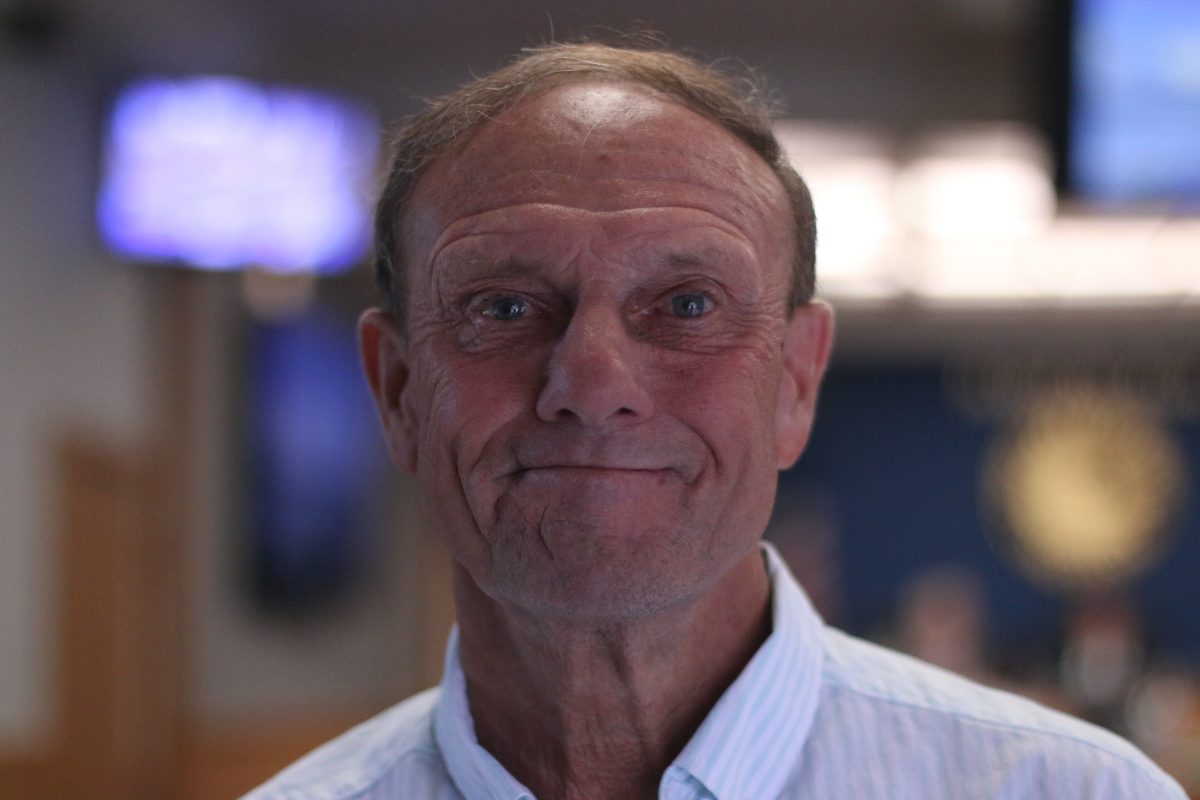 Most familiar face in town honored for diligence in providing information

He is humble, quiet but sound, diligent and full of facts about San Clemente. These are important qualities for reporting anywhere, but for almost half a century here, Fred Swegles has taken it to another echelon.
Swegles carried San Clemente’s longest-running newspaper, Sun Post News, on his back—literally on his bike when he delivered it, but his last day came on Feb. 28.

For 46 years, Swegles was at the local paper in San Clemente, and the Capistrano Valley News covering San Juan Capistrano, until February when the parent company made swift and very publicized cuts to its newspaper staff across the nation. At the June 19 San Clemente City Council meeting, city officials recognized the 46 years of journalism he provided.

“I was hoping this wouldn’t be a big deal tonight,” Swegles said, as the audience laughed. “I was privileged and honored to cover my hometown for so many years, and most people when they start off as a reporter, they cover City Council meetings until 1 a.m., they do that for about two or three years…and then become an editor or something, but I just stuck it out.”

Swegles was the senior reporter at-large at Sun Post News, working long hours each week. He admitted it’s been kind of nice to have the last three months off.

“It’s also reminded me, not just of the news I’ve covered over the years, but of all the amazing people I had the privilege to meet, who invited me into their lives to share their stories,” Swegles said as he held up the last Sun Post News, which was also discontinued and consolidated into another OC Register publication.

Former Mayor Bob Baker said Swegles’ knowledge of the city is so expansive that he should fill in the last 50 years of the city’s history.

“Frankly, it’s hard to determine if there’s anyone who’s had more of an impact over the last 50 years in our community,” Mayor Tim Brown said, “and I just want to commend you, Fred, for everything you’ve done for the community, for the news you provide, for keeping us all informed, and for providing our residents with everything they need to know.”

Swegles worked all hours of the day, scouring every inch of town for the next story.

San Clemente Chief of Police Services Lt. Mike Peters, who grew up in San Clemente, said he knew Fred’s work and when he became police chief, he said it was like talking to an old friend.

Fred has spent a great majority of his life in San Clemente. He went to the University of Southern California and graduated in 1970 and came back to his hometown to work a sports beat that would quickly turn into all things around the city.

Swegles’ love of San Clemente has taken him around the world; he’s traveled to 13 different cities in the world with the city’s namesake, and he listed them off while attending the recognition, which included San Clementes of Argentina (the Californian’s sister city), Chile, Spain and Scotland’s St. Clement.

Swegles is likely not done with journalism, whether it’s in San Clemente or not, in some form or another.

When asked if he would be willing to speak with The Capistrano Dispatch in late February, he said he’d be fine with that, under one condition.

“If I was retiring, I would, but I’m not retiring; this isn’t the end,” Swegles said at the time.