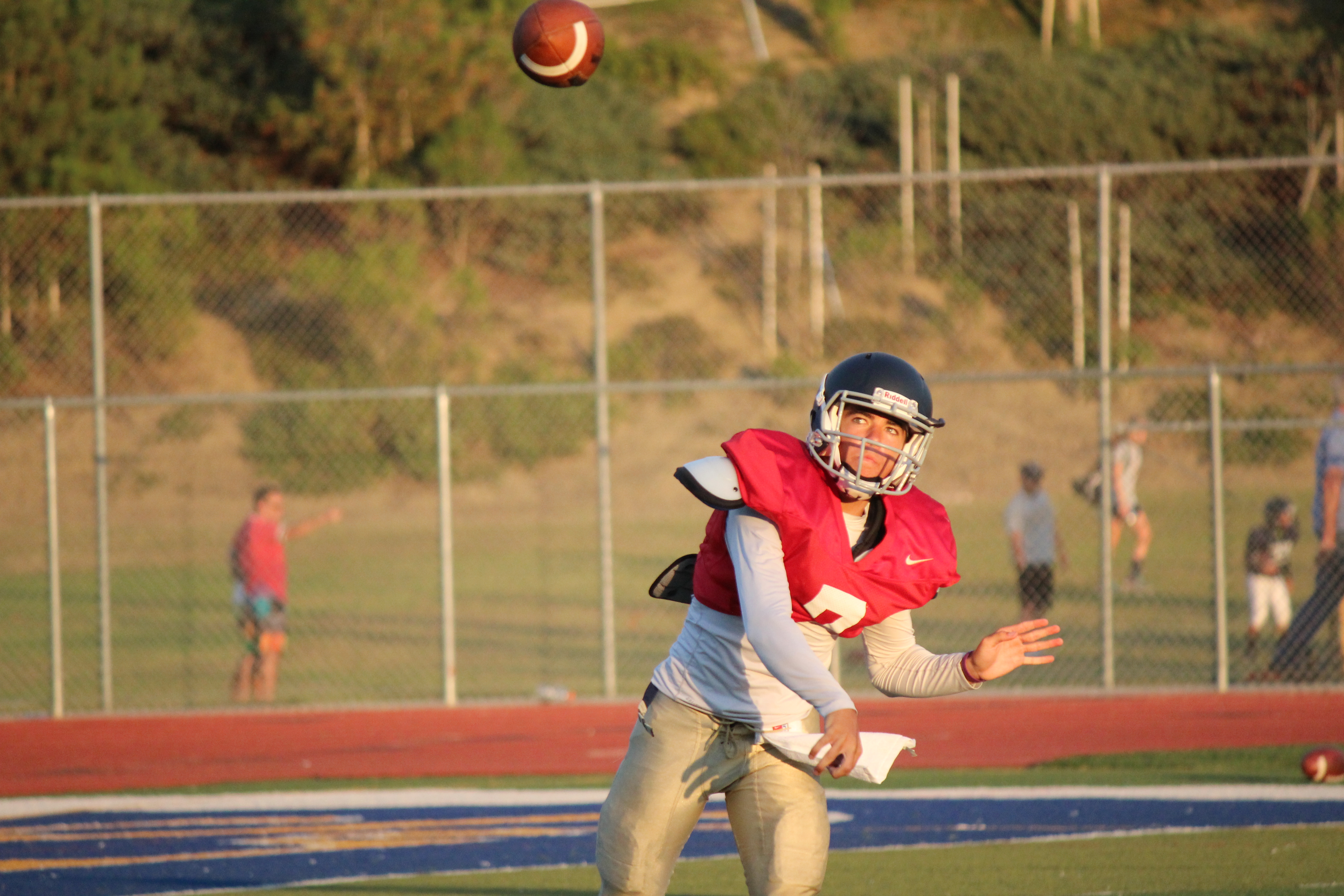 It’s that time of year again, folks. We here at The Capistrano Dispatch have been out at the San Juan area summer football practices, getting all the information you need to know about the upcoming season. You can read our 2013 football previews here.

But for now, let’s turn our attention to Friday’s (and Saturday’s) games in our weekly rundown.

We will be live tweeting from San Juan Hills vs. Thousand Oaks, JSerra vs. Centennial, San Clemente vs. Jordan and Dana Hills vs. Trabuco Hills. Follow us on Twitter @SouthOCsports and @CapoDispatch for live updates and check back to our websites (link) for full game recaps.

The Stallions had a very successful preseason in 2012, which was highlighted by a school-record six-game winning streak to start a season. The Stallions will look to replicate that success when they play host to Thousand Oaks in the season opener.

Thousand Oaks plays in the Marmonte-West League, which features perennial powerhouses Oaks Christian and Moorpark. Thousand Oaks finished the 2012 season with a 5-5 overall record, including a 2-2 league showing.

The Lancers will be without their starting quarterback and leading rusher but return a talented receiving corps. Senior wide out Nick Julier caught 39 passes for 619 yards and three touchdowns last year. Julier is a two-way player and will likely play defensive back on Friday. Julier led the team with six interceptions in 2012. Fellow senior receiver Case Cookus (46 catches, 513 yards) returns as well.

The matchup to watch will be the talented receivers of Thousand Oaks versus the veteran-heavy Stallions secondary.

Keep an eye open for the Stallions new-look, up-tempo offense. Head coach Aaron Flowers and his staff began an overhaul of the team’s style over the summer and have made a point of emphasizing a quick, no-huddle approach. Flowers said because of the dramatic change, the progress will be slow and steady. Friday’s game against Thousand Oaks will be the first public glimpse of their new tempo and style.

The Eagles are entering their second full season in the 11-man football format. They had a solid run in 2012, finishing 8-3 overall and runner-up in the San Joaquin League. They earned a berth in the CIF-SS playoffs but lost in the first round.

Friday’s matchup against Maranatha Christian will be a good indicator of the Eagles returning depth. They have a lot of returning starters, including quarterback in Riley Babick. Babick’s favorite target, Ben Sukut, also returns after a breakout freshman season. If the Eagles returning players have the kind of season they did in 2012, they should make some noise in the CIF-SS small school weekly top-10 rankings.

The Warriors will be among the more intriguing teams to watch in the San Juan area. Departed senior running back Forrest Lohman helped carry the team to an appearance in the CIF-SS playoffs and was the focal point of the offense. He carried the ball 218 times in 2012 and racked up 1,969 rushing yards and 25 touchdowns. With Lohman gone, will the Warriors change their style? Who will step up and fill the void at running back? Friday’s game will begin to answer those questions.

JSerra vs. Centennial, at Mission Viejo High School, 11 a.m.
The Lions start their season with a Saturday morning matchup against Centennial from Las Vegas.

Centennial comes into the game as the No. 2-ranked team in Nevada, according to MaxPreps.

JSerra senior do-it-all playmaker Casey Eugenio will be the player to watch in this one. Eugenio is coming off a monster 2012 season, where he proved he could run, catch and tackle with the best. Eugenio will be the feature back in the offense and will likely play safety on defense.

The Lions were considered a young team last season which means they will return a lot of players with varsity experience this time around.

A game against a quality opponent like Centennial will be a good litmus test for this year’s Lions.