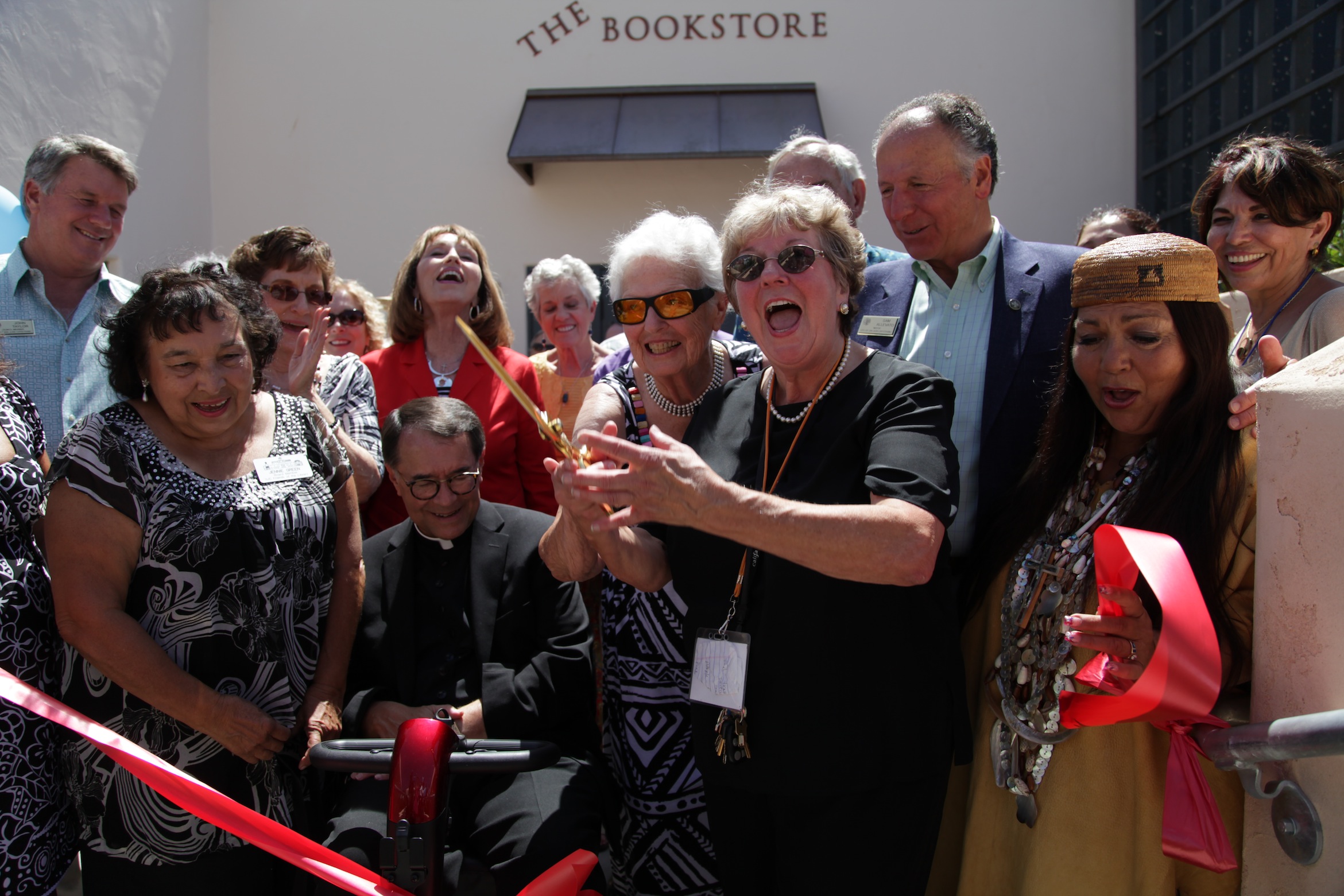 After nearly a decade of planning and fundraising, and just over six months of construction and furnishing, the San Juan Capistrano Friends of the Library have their new bookstore.

The Friends, the all-volunteer group that supports the San Juan Capistrano Library, gathered with their own friends and city officials on Sunday afternoon for the official ribbon cutting ceremony for their new store, simply called “The Bookstore.”

“This town has the most tremendous volunteerism spirit of any town I’ve ever lived in,” said Mary DeMers, president of the organization. “We are dedicating this bookstore to you, the residents of San Juan, for good learning and good reading.”

The bookstore was relocated from its original location in the back of the library to the former Bland Garden, fronting El Camino Real.

The store was designed by Planning Commissioner Roy Nunn and received the approval of renowned architect Michael Graves, who designed the library. Graves’ design was recognized by the American Institute of Architects and Newsweek magazine called the library “the first authentic postmodern masterpiece.”

Former Mayor Ken Friess, a construction contractor, also volunteered his services to help the Friends through the process. As a councilmember, Friess helped bring the library to the city more than 30 years ago.

“This is a statement of what this community is. We step up and make things happen and then we love it,” Friess said.

The City Council unanimously approved a request to relocate the bookstore in September 2012, but plans go as far back as 2005. The Friends had initially considered a plan to expand the western wing of the library, but the $4 million price tag was deemed too high. Another plan to modify the library’s front entrance was halted, following a dispute with the County of Orange. It was later determined that the library was a city-owned property and plans resumed.

“The church is right here and it nourishes the soul. Now we have the beautiful bookstore here and that will nourish the minds of so many people,” Mayor Sam Allevato said.