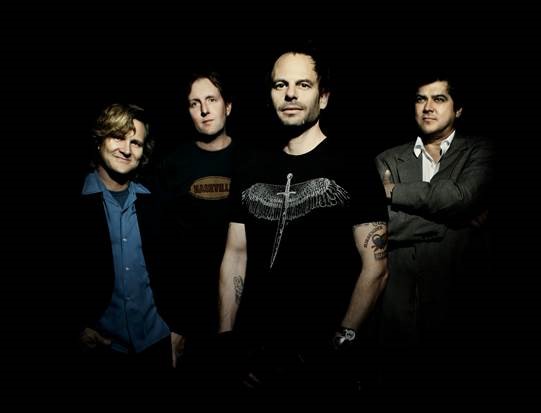 Gin Blossoms, an alternative rock band behind a slew of hit songs in the ’90s, have released their first album in eight years, Mixed Reality, and are touring once again. Their next stop? The Coach House in San Juan Capistrano.

Visitors to the Coach House on Sunday, Sept. 9, will be able to hear the band play both songs from the new album as well as notable hits such as Follow You Down, Hey Jealousy and Found Out About You, according to band member Jesse Valenzuela, who does backup vocals and guitar.

Valenzuela said the band is excited to be touring again and also happy to return to The Coach House. It’s a venue they’ve played a lot over the years and enjoy for its intimate atmosphere.

Valenzuela is originally from Arizona but has been a transplant to Southern California for the last three decades. He said he’s particularly fond of Orange County and often takes a train to the Coach House so he can look out at the area’s scenery. He said he is hoping to do that again this time.

The Gin Blossoms formed in the late ’80s in Tempe Arizona but started reaching critical success in the early ’90s with their multi-platinum album New Miserable Experience, which turned 25 years old in 2017. They were a mainstay on airwaves and MTV.

Their newest album, Mixed Reality, has been lauded by critics for a mix of songs — some exemplify the Gin Blossoms’ typical bright and breezy sound and others are a foray into something different. Lead singer Robin Wilson has been compared to Tom Petty for at least one of the songs, Break.

The band will be performing those songs as well as hits starting at 7 p.m. Sunday. Tickets are $45. The Coach House is located at 33157 Camino Capistrano in San Juan Capistrano.