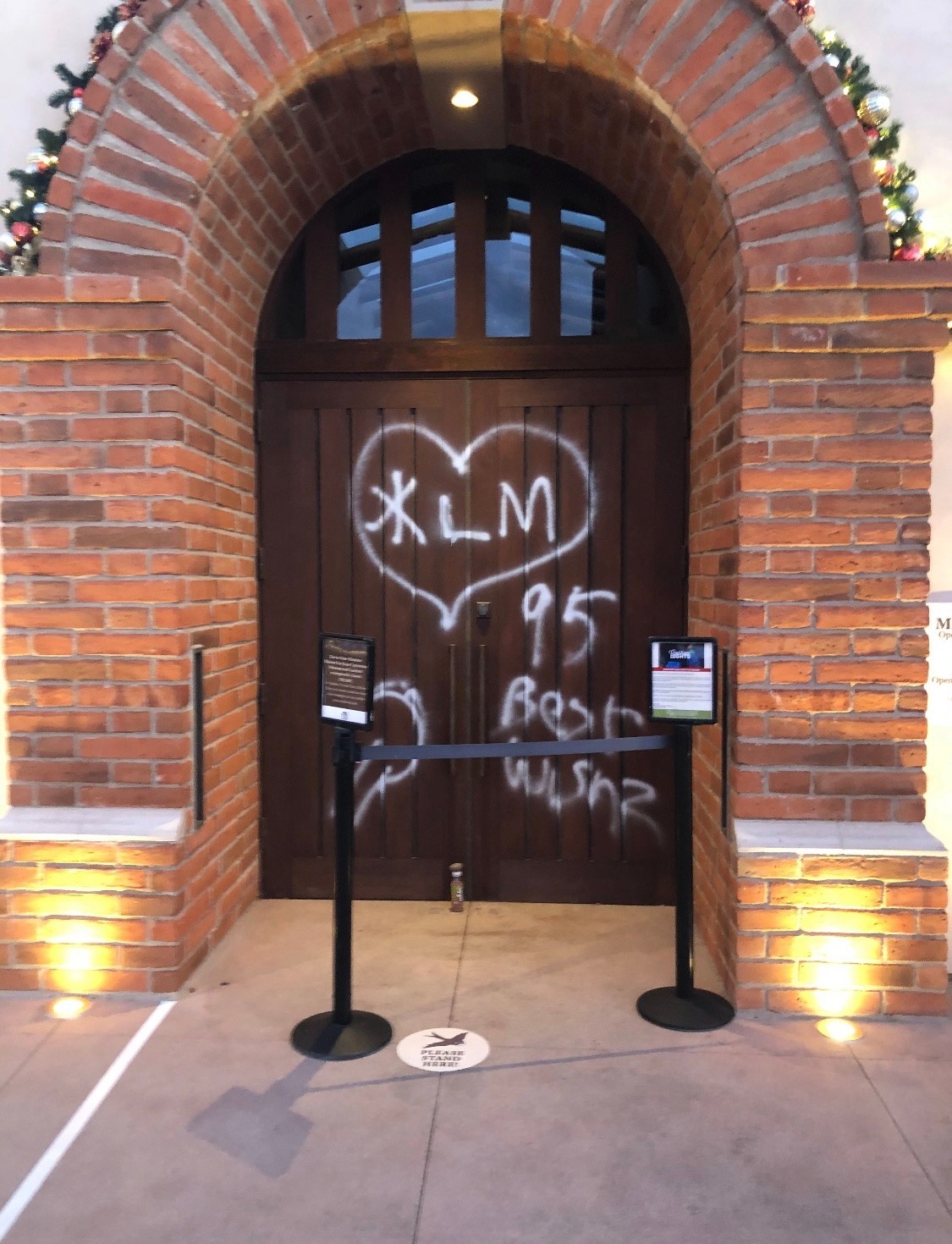 Mission San Juan Capistrano Executive Director Mechelle Lawrence Adams got to work early Friday morning on Dec. 11 after she and staff members learned the front entrance to the historic site had been vandalized by graffiti.

The graffiti tagging—which includes a heart with a symbol and the letters L and M, along with the number 95, in white—occurred after the Mission temporarily closed and had canceled its annual Capistrano Lights holiday program during the stay-at-home order enacted in Southern California.

“For the team and myself, it’s, ‘What’s next?’” Adams said of her reaction to the defacement. “To see the message was deflating.”

An investigation by the Orange County Sheriff’s Department (OCSD) is ongoing. The vandalism is believed to have occurred between Thursday, Dec. 10, at 4 p.m. and Friday morning, said OCSD spokesperson Carrie Braun.

A picture of the graffiti and plea for donations to cover security and maintenance costs were posted to the Mission’s Facebook page soon after staff had learned about the vandalism. The post drew outraged and sympathetic reactions from people, and Adams said she was shocked at the number of shares across social media.

Adams said she has also received notes of support from people, including from the local community.

“The good that came out of this is seeing the people that care about the Mission,” Adams said.

Work is also underway to clean up the graffiti. Adams said fixing the vandalism comes at a time after the Mission has had to lay off staff members due to economic impacts from the coronavirus health crisis, and the defacing is “depressing” since Mission staff and leadership take pride in having its doors open for visitors.

The vandalized gatehouse was built in 2013. The entry point is seen as a symbol for the overall site, Adams said.

“They’re handcrafted,” Adams said of the doors and entranceway.