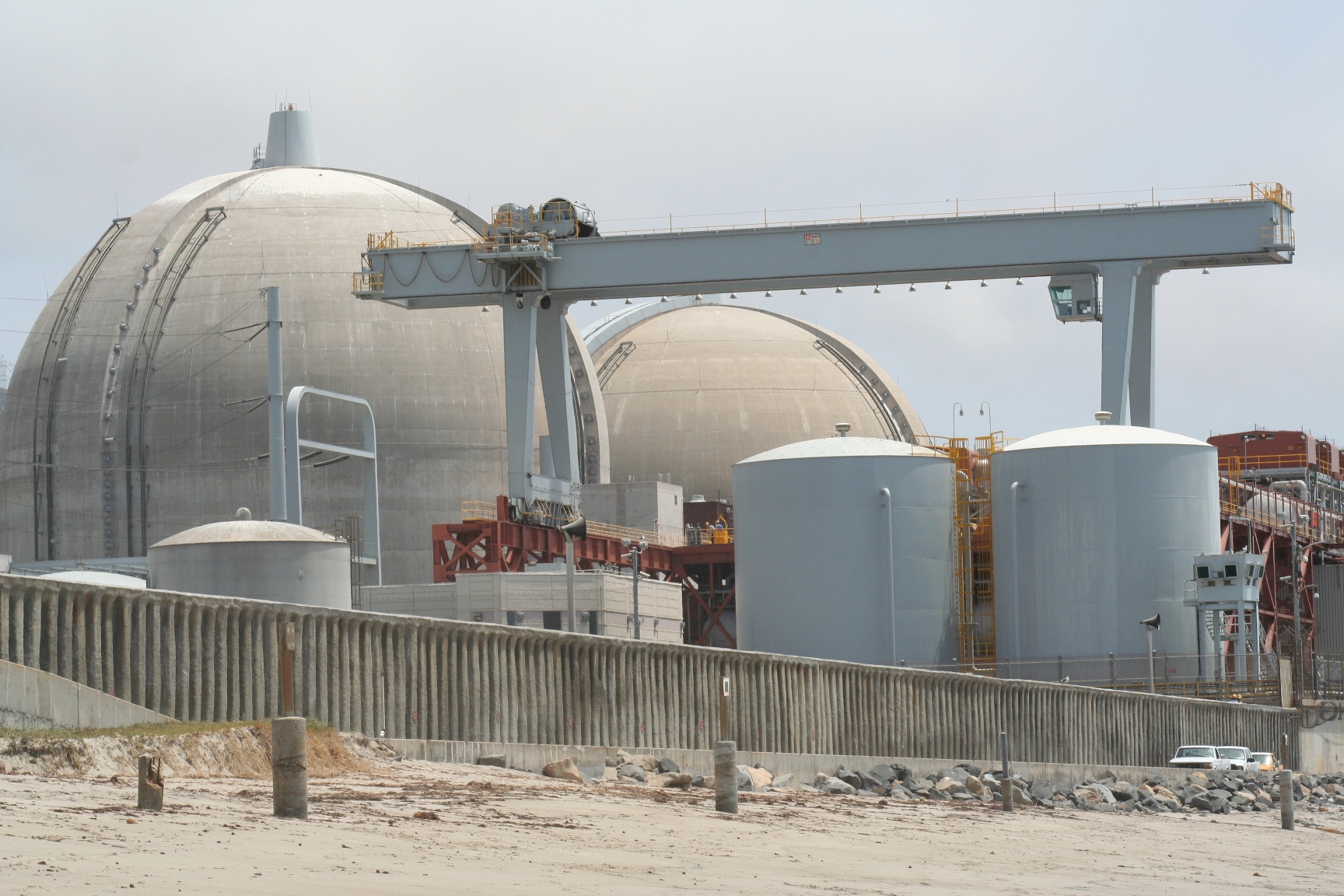 Groups Form to Combat Storage of Nuclear Waste at SONGS

Information provided by Southern California Edison as well as its Community Engagement Panel has not been sufficient for the members of a coalition of concerned citizens throughout Orange and San Diego Counties regarding spent nuclear fuel at San Onofre Nuclear Generating Station.

On Wednesday, June 8, the group Secure Nuclear Waste met in Laguna Beach to discuss issues with an audience of more than 100 people pertaining to the now-defunct plant’s storage of spent nuclear fuel, security and the geology of its location. A panel of doctors, scientists and local government officials as well as advocacy groups hosted the meeting, which Charles Langley of Public Watchdogs called “the real Community Engagement Panel.”

The CEP is comprised of officials from Edison, the Sierra Club, local government officials and researchers to provide information about the decades-long process of decommissioning SONGS. But SNW representatives say that panel is playing to the favor of Edison to deceive the public from actual dangers that may still exist.

In fall of 2015, Edison was awarded a permit to store more than 1,600 tons of spent nuclear fuel on-site in stainless steel, dry cask canisters, which will be provided by Holtec International. SNW advocates said the canisters are too thin (proposed to be five-eighths of an inch thick), will inevitably crack and will not be able to be transported to a permanent storage facility in the future.

“There is 89 times the amount of radiation at San Onofre as was released at Chernobyl,” SNW coordinator Rita Conn said. “(Edison) spends millions of dollars each year distorting the truth. It’s a smoke-and-mirrors show they put on for the public while they cut costs to increase their profits.”

SNW is currently trying to secure funding and establish itself as a nonprofit. Let Laguna Vote, a separate nonprofit, is its acting nonprofit and receiving donations on behalf of SNW.

“This is so serious for the people of Southern California that we really need to be able to have a professional organization,” Conn said. “It can no longer just be a handful of activists. If we’re going to get action to get (the spent nuclear fuel) moved, and it can be done, the people have to unite.”

Participating in with SNW are attorneys Mike Aguirre, who is currently suing the California Coastal Commission for giving the permit for Edison to store fuel on-site, as well as his legal partner Maria Severson.

Aguirre alleges the CCC did not hold proper public hearings for the permit and that Edison should not be storing the spent nuclear fuel right next to the shoreline. The lawsuit was filed on behalf of Citizens Oversight in November.

SCE officials have said at past meetings that they don’t want the spent fuel located at the plant anymore than the advocacy groups do, but until the Department of Energy is able to authorize the transfer of the spent fuel, Edison is still responsible for the cost and procedure of storing the fuel, as the plant is in the beginning phases of being demolished.

Currently, bills in the U.S. Congress and Senate are being discussed to amend the policy act to allow for interim storage until the Department of Energy can figure out what to do with it. H.R. 4745, an amendment to the Nuclear Waste Policy Act, would allow the Secretary of Energy to enter into contracts with licensed facilities for temporary storage of spent nuclear energy.

Edison is licensed to begin storing fuel in the Holtec canisters beginning in 2017.

Conn said the group has gathered more than 2,000 signatures for petitions sent to federal, state, county and local agencies to urge the removal of the waste and store it at permanent facilities in Texas and New Mexico.

San Juan Capistrano Mayor Pam Patterson, who is part of the CEP as mayor of a local government, said the panel has misled the public on matters of security regarding terrorism threats.

Patterson said security should have the ability to shoot down airplanes that violate a fly zone of SONGS. She cited information she gathered from Department of Defense and other sources regarding terrorist organizations having gathered at American nuclear power plants.

“The management is as scary as the situation that they’ve created there,” Patterson said.

Dr. William Honigman spoke during the meeting about the necessary facilities needed to treat people in case of radiation exposure are not available in the immediate area. Honigman said in the event of disaster, Southern California would not be able to treat the millions of people who live within 50 miles of SONGS.

Robert Pope, a geologist and environmental scientist, quoted recent studies regarding the San Andreas Fault lines being in danger of producing an earthquake of up to magnitude 8.0, which could cripple the “fragile” bluffs on which SONGS sits.

Information about the organization Secure Nuclear Waste can be found at www.securenuclearwaste.com.

The next Community Engagement Panel meeting will take place at 5:30 p.m. on June 22 at the San Juan Capistrano Community Center, 25925 Camino Del Avion.