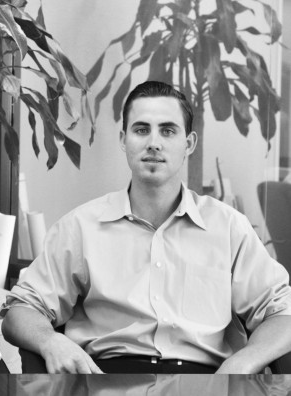 Guest Opinion: Getting a Project Approved in San Juan Capistrano

What does it take for a business to get a project approved in San Juan Capistrano? Over the last two years we have had over 300 one-on-one meetings, three community workshops, 10 public hearings, nine hours of ad-hoc committee, a planning commission approval and a 4-1 City Council approval.

We have been roadblocked, delayed and sabotaged since we first submitted the project in February 2013. My partners warned me not to do a project in San Juan Capistrano. They said “San Juan is where good projects go to die.” I explained to them that the city recently approved the Historic Town Center Master Plan (HTC Master Plan) to streamline the process and create economic development downtown. After an amazing meeting with the city where they explained their new “business-friendly one stop” approach, we decided to move forward.

Instead of trying to sell the community on a plan, we collaborated for over a month with more than 100 stakeholders, creating a crowd-designed concept. From that point, we made 16 project re-designs, 127 significant changes and hundreds of minor modifications based on feedback from residents, business owners, various commissions, staff, planning commission and City Council.

From our first submission, we have cut our residential density by 21 percent and our current density is 42.54 percent below the recommended density in the HTC Master Plan. We reduced the two-story portion of the hotel on Camino Capistrano to 29-feet-high and the three-story portion in the back of the property to 35 feet. We have 5 percent more parking than required by the municipal code and 19 percent more parking than required to meet the peak parking demand as found in the city-commissioned parking study. We also added a landscape buffer and pedestrian pathway between the park and the villas.

On Nov. 18, we had a City Council meeting that lasted from 6 p.m. to 3 a.m. There were residents and business owners on both sides of the project. Ultimately, 35 residents and business owners submitted speaker slips, of which 30 were in support and five opposed the project. That is 86 percent community support. There were also 25 letters submitted for council review, of which 22 letters were in support and three were opposed. That is 88 percent community support.

So why is such a high percentage of engaged citizens in support of the project? We have signed an operating agreement with Kimpton Hotels & Restaurants. Kimpton is the first and largest operator of boutique hotels in the United States. They design each project around the community.  This project will provide over $1 million in direct revenue to the city annually and $7.5 million in direct revenue for local businesses annually. Further, the 30 villas not only pay for the hotel, but they will reduce the homeless problem, increase vibrancy and insure the downtown no longer closes shop at 8 p.m.

There are two groups currently opposing the project. The first group is orchestrated in part by Bill Griffith, a local developer that is trying to kill the project so he can buy the land and develop 125 condos. This is the group that filed the lawsuit against the project. This is a bogus lawsuit that we will fight vigorously. And if along the way we loose Kimpton because of the delays, you can thank Bill Griffith.

The second group is run by Kim McCarthy and Pam Patterson. This group was absent from the 10 public hearings and they have never met with me to discuss the project. While they were aware our project had no legislative acts and therefore was not subject to a referendum, they still continued collecting signatures for a referendum. Why and for what purpose? These signatures have been collected by espousing outrageous lies to unsuspecting residents. We have recordings of petitioners saying that “the hotel will go in Veteran’s Park,” that “we are putting condos in HTC Park,” that “Forster will be a private, gated street” and on and on. Does Pam, as a newly elected council member, believe this is acceptable? Are they aware that making false statements or circulating false information for the purposes of having petitions signed is a criminal offense?

There have been five hotels in downtown’s history, yet there are currently none. There have been 10 buildings torn down over the last 20 years without a single replacement. I personally know of five long-standing restaurants that are one bad month from going out of business. So when this group says, “I just want it to stay the way it is,” they are doing it on the back of local businesses.

Palms Springs is paying $50 million to get a Kimpton, and San Juan is not paying one dime. Talk about looking a gift horse in the mouth. If this all seems outrageous to you, please get involved.

Joshua Host is the co-founder of Urban Village, the developer for the San Juan Hotel & Villas project. Josh lives in San Juan Capistrano with his wife and two young children, and is a board member of the Capistrano Valley Boys and Girls Club.

Rep. Levin Op-Ed: ‘We are now at a crossroads in our great nation’s history’

Bartlett Bulletin: 2020: A Year for the History Books