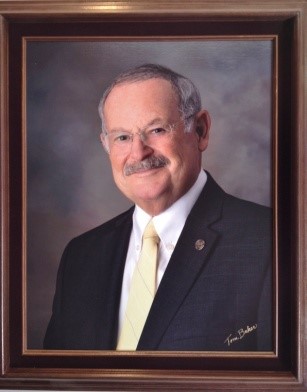 In 2015, the City of San Juan Capistrano initiated a study to determine if the city’s water utility could be transferred to a larger regional water authority, relieving the financial burden of operating its own water system.

The city council set three goals for its study to see if it is possible to:

The City of San Juan Capistrano has a particular problem that is not easy to deal with. In 2004, the city council, at that time, decided to build a Ground Water Recovery Plant (GWRP) that would tap into the aquifer that lies beneath the San Juan Creek. The water in this aquifer is highly contaminated with minerals and salt that must be removed before the water can be used for human consumption.

The water in the basin is managed by the San Juan Basin Authority (SJBA) through a permit issued by the State of California. The funding to construct the GWRP was obtained through a sale of $35 million in revenue bonds by the SJBA. In 2004, the city signed a 35-year lease agreement with the SJBA to operate and maintain the GWRP. The annual lease payments of over $2 million are part of the water rates paid by city water customers. The city doesn’t own the GWRP; it leases it from the SJBA for a 35-year period, then has an option for another 35 years at $1 per year.

The GWRP has been in operation for 17 years and has consistently produced water that is costlier than that available from the Metropolitan Water District. Past city councils justified the additional cost of the GWRP production as being necessary to supply the community with local water during earthquakes and drought.

After six years, LAFCO finally approved the merger of San Juan Capistrano water utility into Santa Margarita Water District. So, what will happen to our water rates and future water availability after the merger?

Santa Margarita Water District has a tiered water rate schedule, with Tier 1 being the residential rate. It is probable that Tier 1 rates may show a slight decrease and then be slowly adjusted to provide revenue to support the rising cost of water, but also to rebuild the aged San Juan Capistrano sewer system.

Santa Margarita Water District has an extensive recycled water program using runoff from communities newly constructed along the Ortega Highway. They have built a huge reservoir to capture and hold treated wastewater. This water will be slowly released into the San Juan Basin, recharging the basin aquifer. The current Ground Water Recovery Plant (GWRP) will filter the water through reverse osmosis and supply purified water to its customers.

If 60% of the total water demand can be met by the use of recycled water and the remaining 40% from rainfall and snowpack from Northern California, our water supply in the South County will be sustainable.