Guest Opinion: New Water Rates Will Set the City on an Upward Path

In response to fellow councilmen, the water rate study and rates are fiscally sound 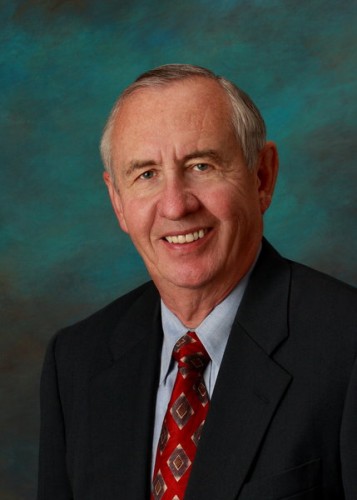 Councilmen Roy Byrnes and Derek Reeve opposed implementing our new water and sewer rates in The Capistrano Dispatch for reasons that make no sense unless it is political posturing. It is an election year after all. Still, both voted to conduct a professional rate study, which cost the city over $100,000.

Councilman Reeve wrote that he would never vote for a rate increase. He has a political slogan that states: “I have never raised fees or taxes while in office nor will I.” He believes in political slogans. I believe in governing. Councilman Reeve would not even vote for the new sewer rates even though they do not increase for the next four years and then only slightly in year five. It is ludicrous to look at the hard facts and still be governed by a simplistic political statement.

Councilman Byrnes refuses to vote for a rate increase until a serious evaluation of all costs is conducted. Contrary to Councilman Byrnes’ belief, we have been working on reducing costs since I was elected to the City Council.

In 2011, we had an audit of the water and sewer utilities done by Ralph Andersen and Associates at a cost of $45,000. Major recommendations have been implemented with one significant exception: the audit recommended refinancing part of the debt, but we were prevented from doing that because our water rates were being contested.

With new rates in place, we may now be able to refinance some of the debt, which will significantly reduce the cost of our utilities. We have also hired an exceptional utilities director, Keith Van Der Maaten, who has been working to cut costs on a continuous basis.

Councilmen Byrnes and Reeve believe that we can lower our rates by only taking water from the Metropolitan Water District. But MWD has historically raised rates about 7 percent per year. Even if we made the Groundwater Recovery Plant debt disappear, your rates for water would logically go up 7 percent per year.

We are working hard to return our utility funds to a healthy state while at the same time working to minimize the impact on the residents. We approved a rate structure that finances only essential capital improvements. We are planning to build up our reserves slowly to a healthy balance over 10 years. Both of these decisions were made to minimize the impact on your utility rates while still being fiscally responsible.

At a recent public water forum, I had the city calculate the changes in my utility bill over the next five years. In year one, it will go up less than $1 per month. Over the five-year period, the average rate of increase is less than 4 percent per year.

The San Juan Capistrano Utilities Commission unanimously recommended this new rate structure. Overall our new rate structure is an excellent plan to carry out our fiduciary responsibilities to both the city and its residents.

Larry Kramer has been a resident of San Juan Capistrano since 2002 and has served on the City Council since 2010. He is a husband and father of two grown daughters, who reside in California. Professionally, Kramer served in the submarine force of the U.S. Navy, commanding three nuclear submarines and a submarine base. He received his degree in electrical engineering from the University of Michigan.