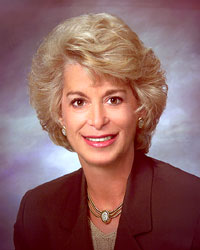 If history is our guide, why not just allow the remaining south Orange County unincorporated communities to incorporate and become their own cities? Forming new cities was an effective governance solution for growing communities in Orange County in the 1950s and 1960s and again in the 1980s and 1990s. Unfortunately, in 2013, the answer is not that simple. From the state level, the way revenues are allocated to newly formed cities has changed dramatically, making the incorporation of a new city increasingly difficult. The newest city to incorporate in California in July 2011, the city of Jurupa Valley in Riverside County, may also gain the notoriety of being the shortest-lived—and maybe the last—incorporated city in California’s 162-year history, according to City Manager Stephen Harding in an article published in Western City magazine. A last minute maneuver to balance the state budget resulted in the elimination of the single most important source of revenue to newly incorporated revenues, vehicle license fees. Jurupa Valley is now considering filing for disincorporation unless the VLF funding issue is corrected by the state legislature. Simply stated, the city is running out of money to provide essential services.

As chair of OC LAFCO, I help oversee the network of local governments that provide municipal services to Orange County residents. What a network we have. As the third most populous county in California, we have 34 cities, 27 special districts and the County of Orange, each providing critical services to our county’s three million residents. Once a rural county dotted by orange groves, cattle ranches and vast expanses of open space, Orange County’s population boom started in the 1950s. We grew quickly as the result of a post-demand for affordable housing in close proximity to the beach. From 1950 to 1970 alone, Orange County’s population grew from 216,224 to 1,420,386.

As the population continued to grow, new unincorporated communities began to spring up in south Orange County—all under the guidance and governance of the county. As these communities matured and reached “build out,” the desire to make their own decisions over land use, budgets and governance issues became increasingly important. Beginning in 1988, a new wave of city formations began with the incorporation of Mission Viejo. Other unincorporated communities in south Orange County soon followed with Laguna Niguel and Dana Point in 1989, Laguna Hills and Lake Forest in 1991, Laguna Woods in 1999, Rancho Santa Margarita in 2000 and Aliso Viejo in 2001—all becoming new cities within 12 years. These new cities provided their residents with a higher level of municipal services, improved access to locally elected officials and offered an individual identity and long-term vision for their communities.

OC LAFCO can look back over the last 50 years with a level of pride in our success in guiding our local agencies toward providing both effective and efficient municipal services delivery to Orange County residents. While incorporation may not be the short-term answer to the south County governance question, OC LAFCO has undertaken a deliberate and open “visioning” process to explore all viable long-term governance options for this area. The visioning process will likely be a multi-year, phased effort what will include the development of credible financial data and modeling and stakeholder discussions with local government and community leaders.

I am excited by this effort and look forward to an open and honest discussion about the future of Orange County’s “last frontier.” You can monitor how we are doing by following us on Twitter, Facebook and the LAFCO website, www.oclafco.org.

Susan Wilson is a Mission Viejo resident and is currently the chair of the Orange County Local Agency Formation Commission and has served on the commission for the past 17 years.