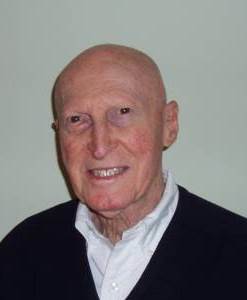 Understanding the Constitution: Is same-sex marriage a constitutional right? It depends on the justices you ask.

On the matter of same-sex marriage, the U.S. Supreme Court has spoken. In a 5-4 decision, the justices affirmed the constitutional right that couples of the same gender can be legally wed. Supporting that position is Associate Justice Anthony Kennedy who said: “No union is more profound than marriage … They ask for equal dignity in the eyes of the law. The Constitution grants them that right.” In opposition is Chief Justice John Roberts, who declared: “If you are among the many Americans—of whatever sexual orientation—who favor expanding same-sex marriage, by all means celebrate today’s decision. But do not celebrate the Constitution. It had nothing to do with it.”

Long before any arguments were presented, eight of the nine court members, in keeping with their political inclinations, had developed unshakable opinions on this matter. Ruth Ginsberg, Stephen Breyer, Sonia Sotomayor and Elena Kagin fervently supported same-sex marriage; Antonin Scalia, Clarence Thomas, Samuel Alito and John Roberts were unalterably opposed. It was clear that the one ambivalent member, Anthony Kennedy, would decide its fate.

There’s nothing new here. This is the way the court rules—and has always ruled. Each of us harbors our preferences and prejudices. When appointed to the bench and donning the black robe, our biases go along as part of the package. As for Constitutional rationale, it’s customarily made up along the way. Whether, for example, you may share the blessings of holy matrimony with only a member of the opposite gender, a member of the same gender, or your Irish setter, will depend upon the collective opinion of those anointed to so rule.

Al Jacobs of Dana Point is a professional investor for nearly a half-century. He issues a monthly newsletter in which he shares his financial knowledge and experience. You may view it at www.roadtoprosperity.net.