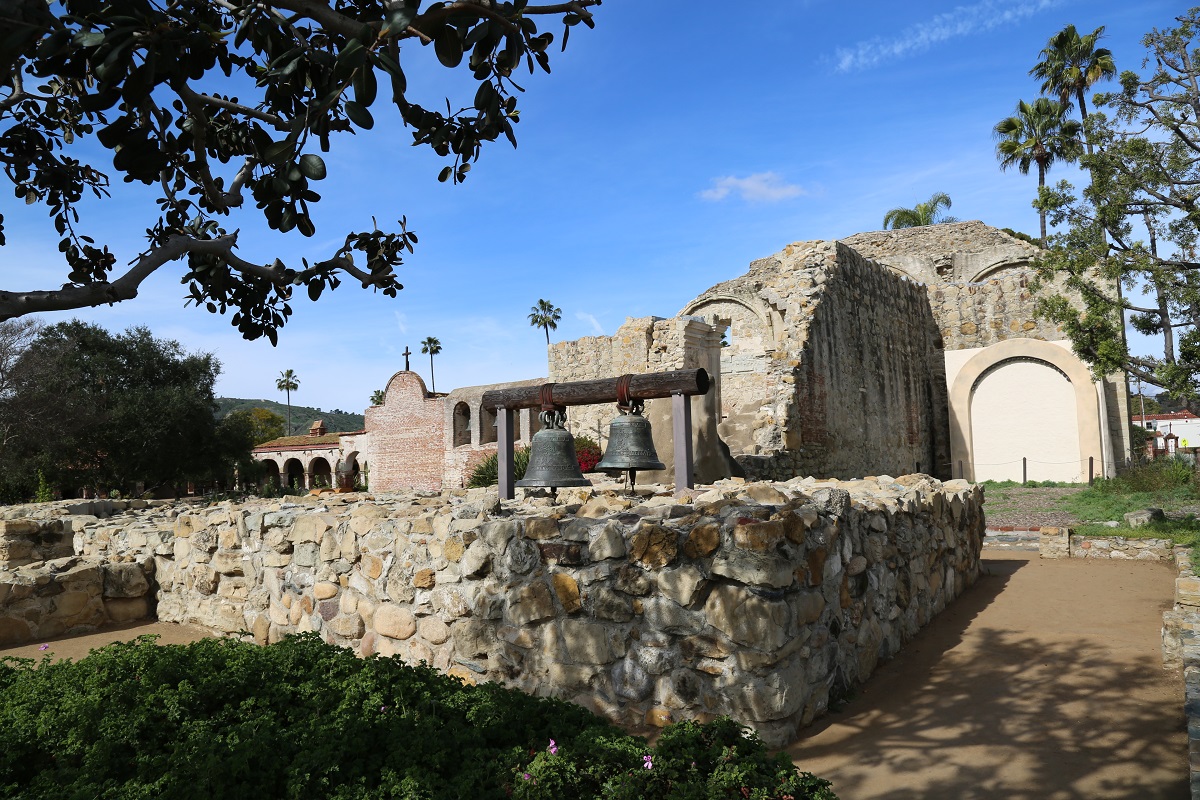 Christian Clifford, a high school teacher from San Mateo, plans to spend the upcoming summer completing the Southern California leg of his ongoing pilgrimage to visit all of the state’s missions on foot.

Since May of last year, Clifford has been walking along the California Missions Trail in segments. The trail encompasses 21 missions throughout California and spans a total walking distance of about 780 miles when measured from each location to the next.

“I’m doing it in bits and pieces,” he said, noting that as a teacher he’ll only be able to do parts of the pilgrimage when school’s not in session.

“I’m also married, so I wish I can do the whole thing in one slew,” he added. “So, it’s very impractical.”

The Junipero Serra High School teacher from Northern California has so far walked a total of 345 miles, visiting 12 missions. After the current school year ends, he plans to resume his quest, picking up from where he recently left off: near the San Onofre Nuclear Generating Station (SONGS).

Clifford was in San Diego for the California Missions Conference in mid-February, allowing him to hit the trail and walk from Mission San Luis Rey to SONGS, via Camp Pendleton. During this portion of the trail, a former student of Clifford’s who is now a Marine stationed at Camp Pendleton, provided him with access through the base and joined him for the trek as well.

“I’m hoping to get to the L.A. basin, the missions there, including Mission San Juan Capistrano this summer,” he said. “That’s my goal. That’s what I’m hoping.”

Clifford is expected to hit the halfway mark on his pilgrimage between Mission San Juan Capistrano and the San Gabriel mission.

“I’m almost at the midway point, so I’ll probably have a beer on that day,” Clifford said.

Clifford, an author who has written books on the history of California’s missions, is part of a group called the California Mission Walkers. Many in the group, he said, go on the pilgrimage for religious, historical and fitness reasons. For Clifford, it’s a combination of all three.

Throughout his travels, Clifford has been able to stay at some of the homes of his fellow Mission Walkers. When he goes back out on the trail later this year, Clifford plans to emulate the Catholic friars who walked the path in the late 18th and early 19th centuries.

“This summer, I’m hoping to get a one-man tent, and start roughing it kind of like the friars did,” he said.

To learn more about Clifford’s pilgrimage, visit his blog at missions1769.com.