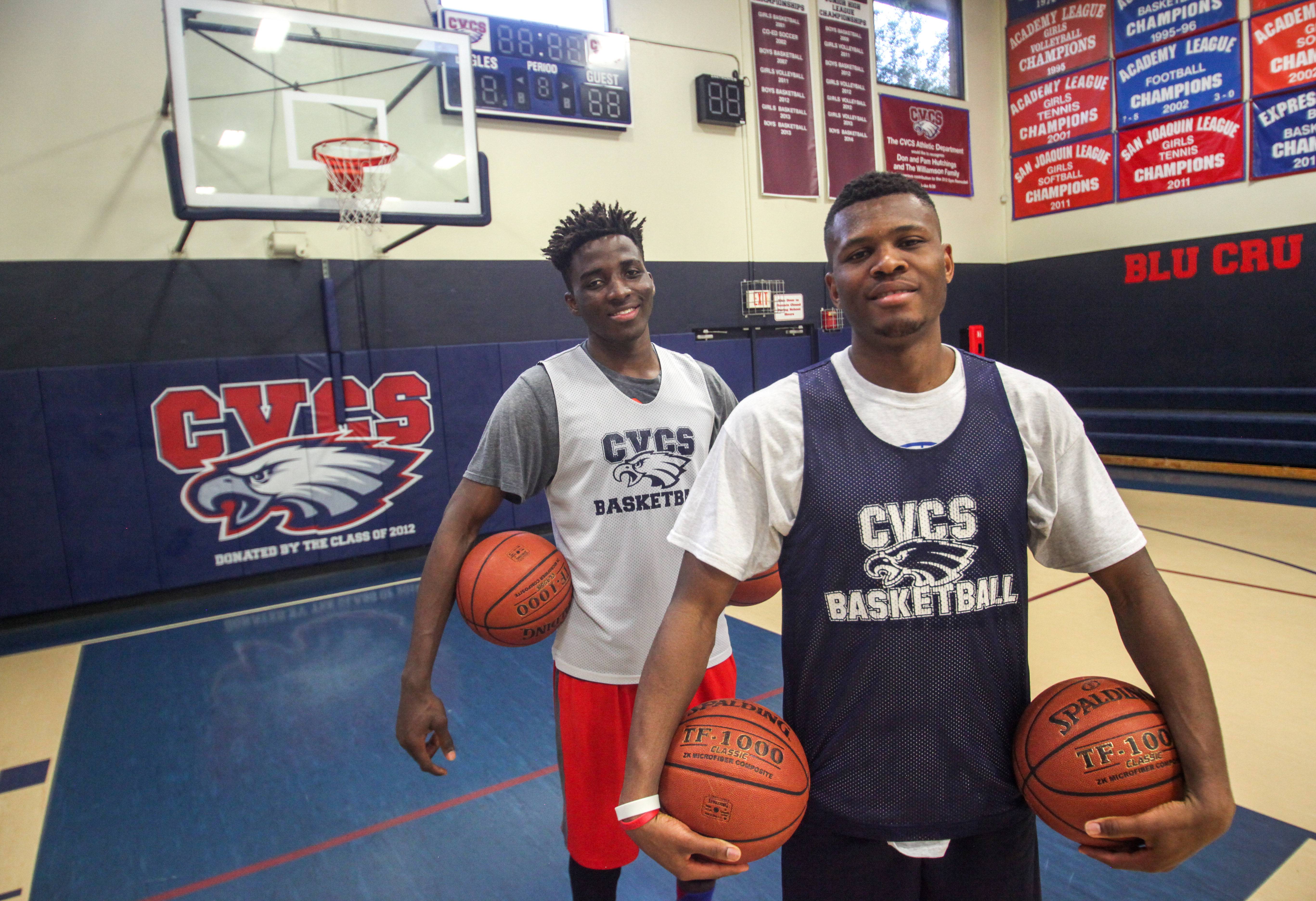 It was on the suburban, western side of Lagos, Nigeria, where Amazon Nwoye’s dream took root.

As a young boy, Nwoye grew up dreaming of glory on the soccer pitch, but after being introduced to the sport of basketball in eighth grade, that all changed. He instantly became hooked on all things hoops. Every day, the energetic and outgoing kid would pray to God, hoping that his dream of going to college, getting a good education and being able to play the sport he grew to love would come true.

In another part of Lagos, Spider Adetunji was chasing the same dream. His mom would give him money so he could take the bus by himself to a local school with a basketball court. He and his friends and teammates would play for hours and when Adetunji, the eldest of five children, would return at night, his parents were proud of him. They knew he was working hard toward becoming a better player.

Nwoye and Adetunji would eventually meet and play together on the same club basketball team in Lagos for one summer two years ago before embarking on a journey that would send them halfway around the world to the city of San Juan Capistrano.

It is in the historic mission city that the duo’s dreams of a brighter future have taken flight.

Nwoye and Adetunji both made the choice to leave Lagos and enroll at Capistrano Valley Christian School in San Juan over one year ago. Now, not only are they members of the Eagles winning basketball team, but also have become leaders in the classroom as well.

Nwoye and Adetunji heard of the CVCS international program through friend and fellow countryman Simon Okolue, a former standout for the Eagles’ basketball team who is now playing for Northwest Florida State College.

It was success stories like Okolue’s that drove Nwoye and Adetunji to push themselves to succeed back in Lagos.

“That kind of motivates us to see people who have done it and come back (to Lagos) and do camps. That was how I got to know you can always come (to America),” Adetunji said. “The more you get better, you can have the chance to come out here and go to college and play basketball.”

The day Nwoye and Adetunji stepped onto campus at CVCS, they made an impact. The two played pivotal roles in the basketball team’s march to the CIF-SS Division 5A semifinals in 2015 and have led the Eagles to a 15-5 record in 2016.

The Eagles are currently ranked second in CIF-SS Div. 5A and will open San Joaquin League play against crosstown rival Saddleback Valley Christian on Jan. 22.

Nwoye is a forward who has the ability to handle the ball and defend any position. The versatile 6-foot-6-incher is averaging 13.9 points per game and is shooting 51 percent from the field.

Adetunji (6-7) is the Eagles’ presence down low. He anchors the Eagles’ system on both offense and defense and is averaging double digits in both scoring (14.3 points per game) and rebounds (12.9 per game).

“They both have relentless motors … they’re competitors,” head coach Zach Brogdon said. “They both just do so many things for us on the court, it’s tough to even put a value on it. Their teammates just knowing that they’re there helps us.”

Both players came to CVCS with a raw but athletic basketball background.

In Lagos, the club basketball circuit had plenty of talented players, but the systems Nwoye and Adetunji played in did not feature many plays. It was more “hero ball” oriented, full of individuals determined to stand out on their own. This type of play forced both Nwoye and Adetunji to be aggressive on the court. Adetunji said the first time he practiced with his club team, he defended his opponents with such tenacity that one player wanted to hit him in the face. Adetunji’s effort that first day of practice caught the eye of his coach, whose praise gave him the confidence to keep pushing forward.

Nwoye and Adetunji have learned to scale back their aggressiveness on the court and channel it into Brogdon’s structured system.

“I’ve grown and learned a lot. Last year, everything was coming fast at me,” Nwoye said. “(In Lagos) we don’t really run many plays. We have four or three plays and we run fast-break stuff. It’s a fast game. Here we have to run plays to make a basket. I had to adjust to that.”

In Lagos, Adetunji and Nwoye grew up speaking and learning English in the classroom, which made their transition to the American school system easier. They both have grade-point averages above 4.0 and have been named principal list seal bearers, the highest academic honor bestowed upon students at CVCS. They’ve also been awarded head of school honors, an award doled out for outstanding character and citizenship.

Once they reach college, Nwoye and Adetunji plan on studying kinesiology. Both described their deep passion for athletics and want to stay as close to the world of sport as they can.

Nwoye and Adetunji’s ultimate goal is to play basketball at the professional level, and they are striving for a college scholarship offer. While no official offer has been made yet, Brogdon said the two are garnering plenty of interest from Golden State Athletic Conference and NAIA programs.

While Adetunji and Nwoye’s paths are sure to separate at some point, one thing that will keep them aligned is their sense of family and community.

Nwoye comes from a large family and, aside from wanting to help provide for them in the future, he wants to set up a charitable foundation for the people of Lagos once his dreams of turning professional are realized.

As the oldest child, Adetunji is determined to succeed for his four siblings and his parents, both of whom work full-time in order to sustain a large family.

As the duo’s success on the hardwood and in the classroom continues, their hopes and dreams continue to take a more defined shape.

“I think it all starts now,” Adetunji said. “We have some games ahead of us, in league and in CIF, so we just need to get done with this first. When we get to college, we know the next step we have to take: working toward making that goal a reality.”