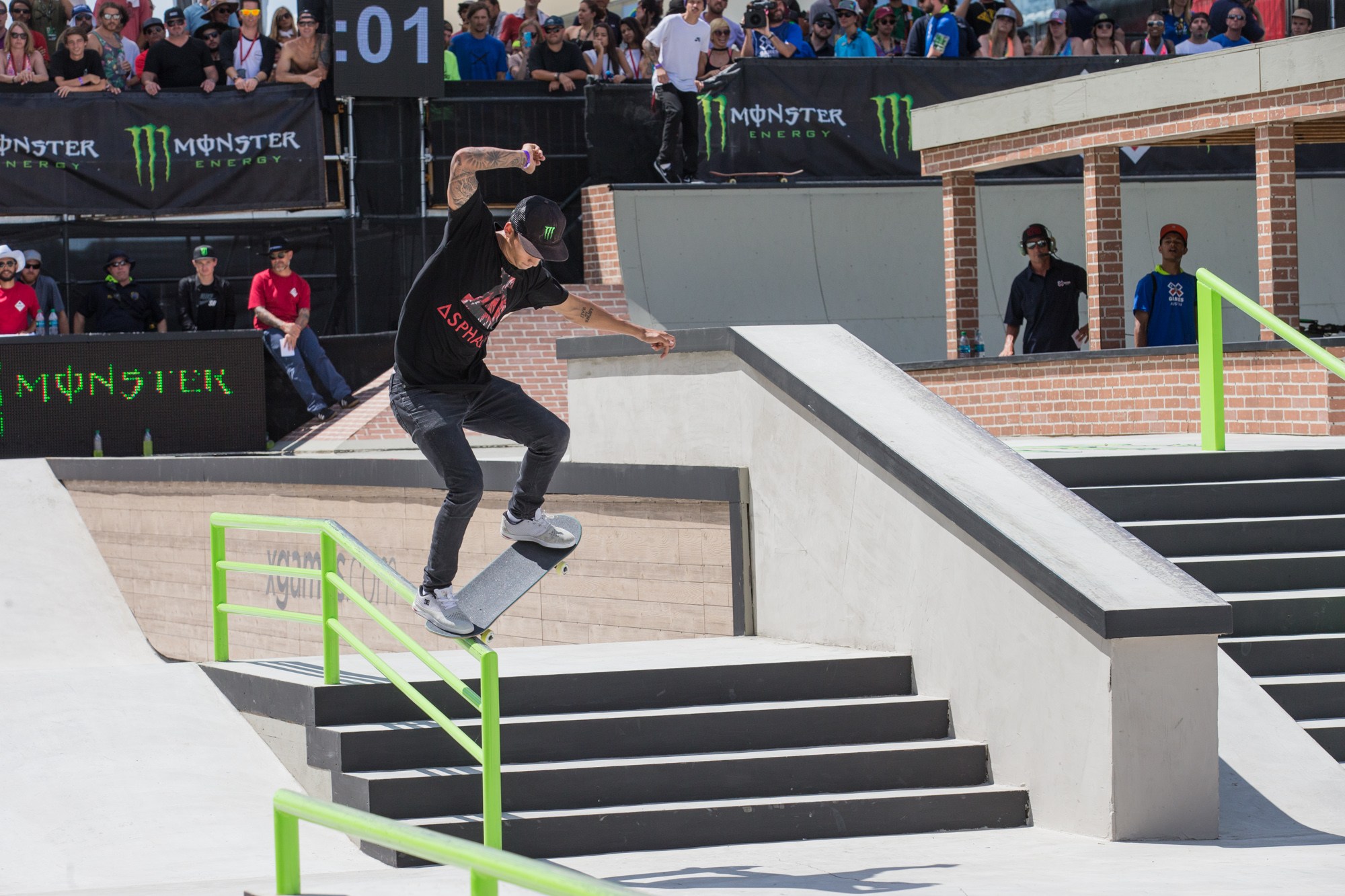 Huston finished third in the prelim rounds, which put him in position to advance to the finals yet again. In the championship rounds, Huston made it clear that no one else in the street skateboarding realm could get to his level.

His first run was nearly flawless, netting him a score of 93. The 60-second heat was highlighted by a huge crooks grind as the buzzer sounded. Huston’s 93 points were 10 points clear of the next closest competitor after round one.

Comfortably in first place, Huston kick flipped off the course’s large roof structure and into his final run, which was even better than his first. Huston executed more tricks in his second round and pulled them all off, earning a winning score of 94.

Huston, who began competing at X Games as an 11-year-old, has now won gold in the men’s street skateboarding event six times. He also has a gold medal for winning the X Games real street video event.

In the finals, Huston edged out Chaz Ortiz and San Clemente’s Ryan Sheckler, who finished second and third, respectively.

Huston is in the midst of another successful year. On May 18 he claimed the 2015 Street League Skateboarding Pro Open in Barcelona.