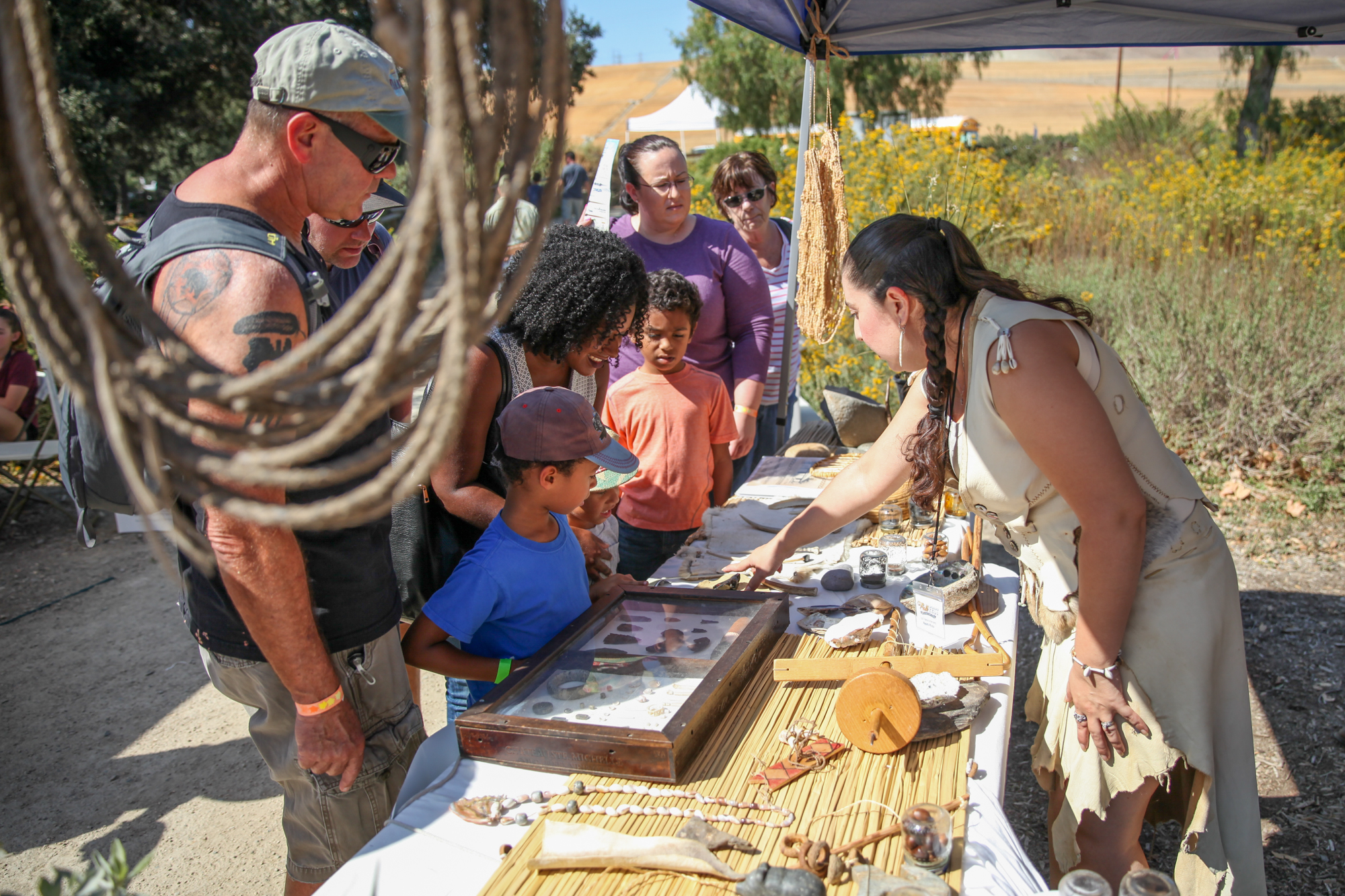 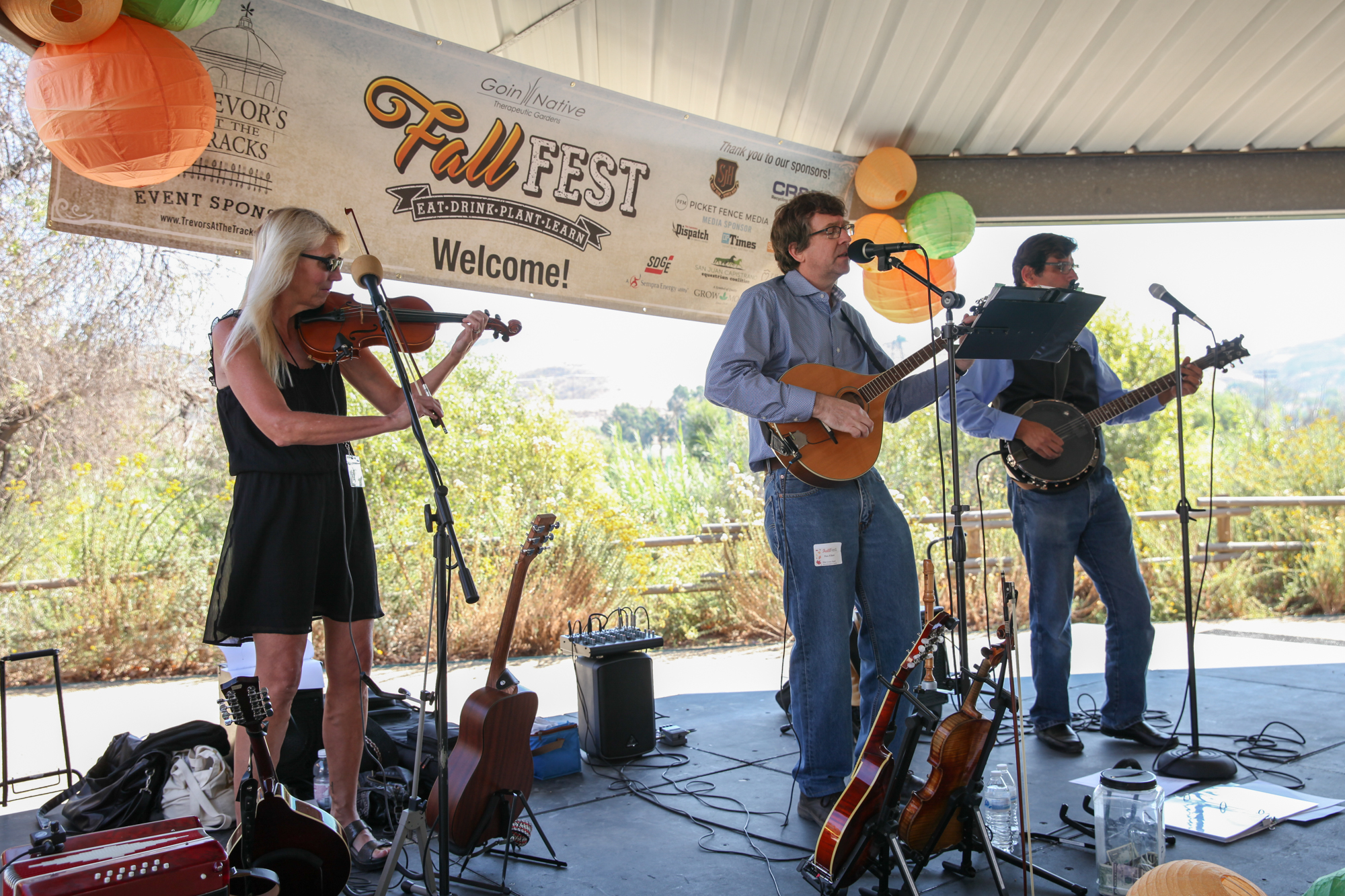 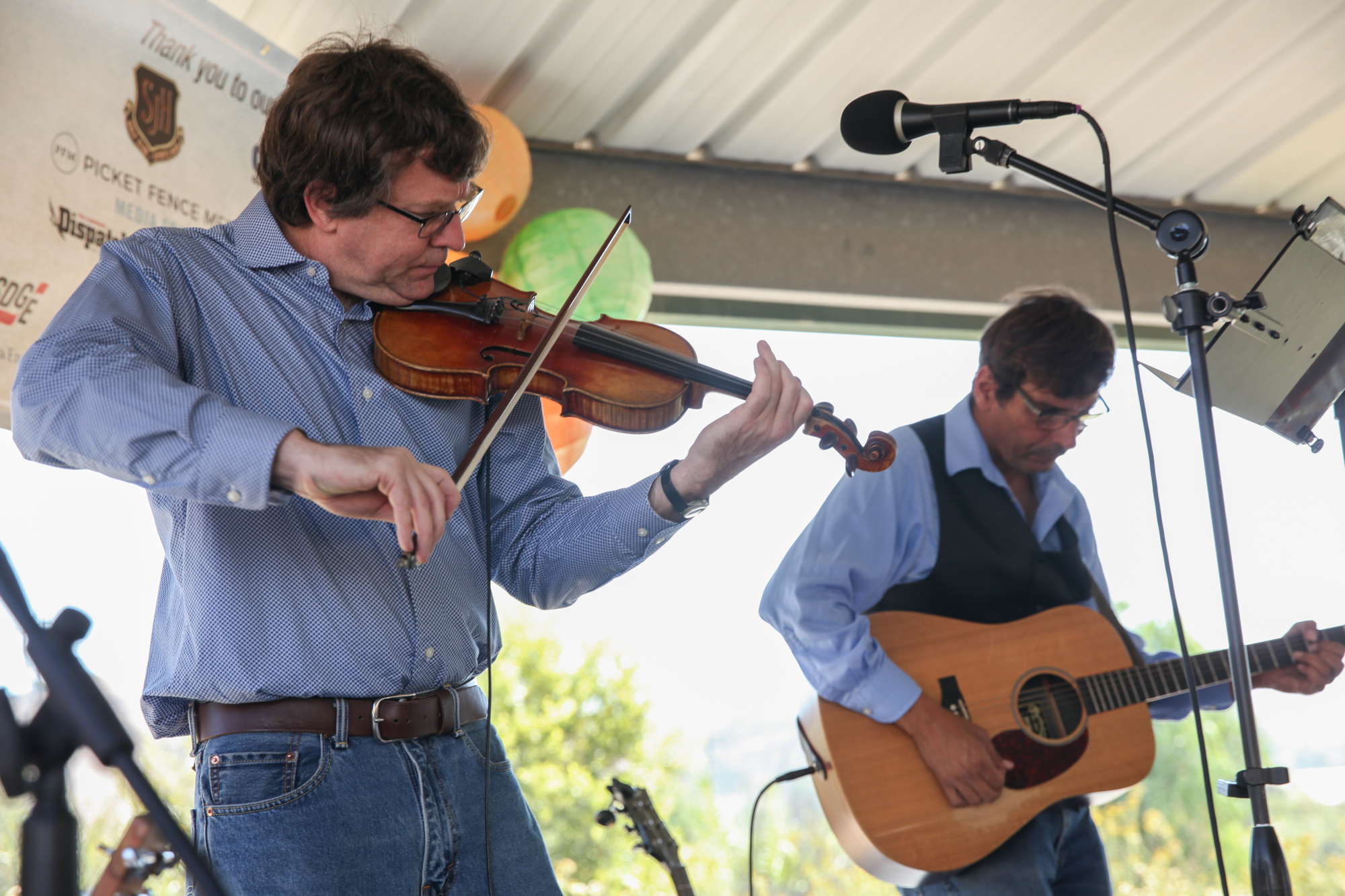 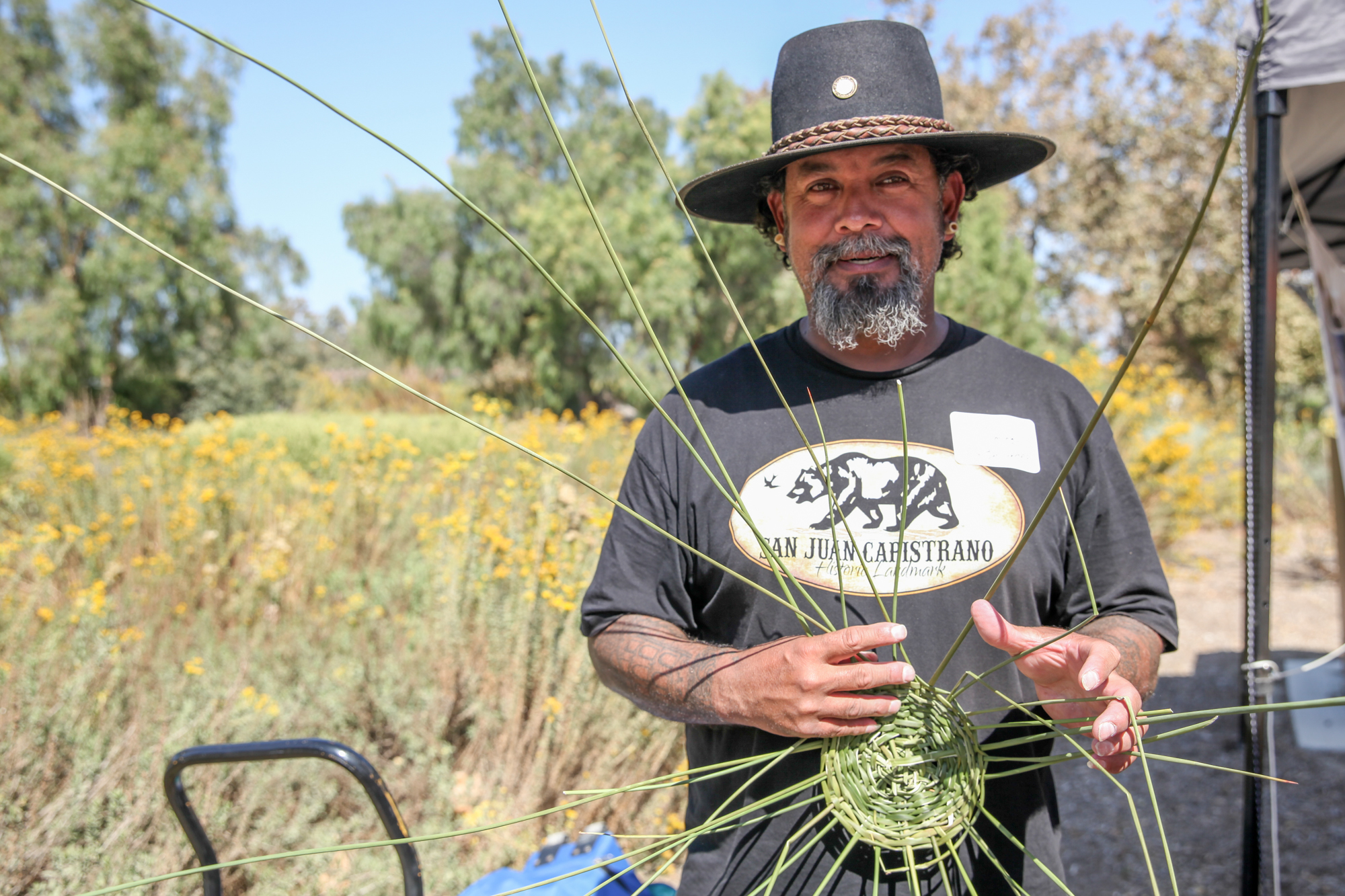 Domingo Belardes, curator of the Blas Aguilar Adobe Museum, weaves an open-work basket out of juncus. The baskets were used by the Acjachemen people for gathering roots, nuts and berries. Photo: Allison Jarrell 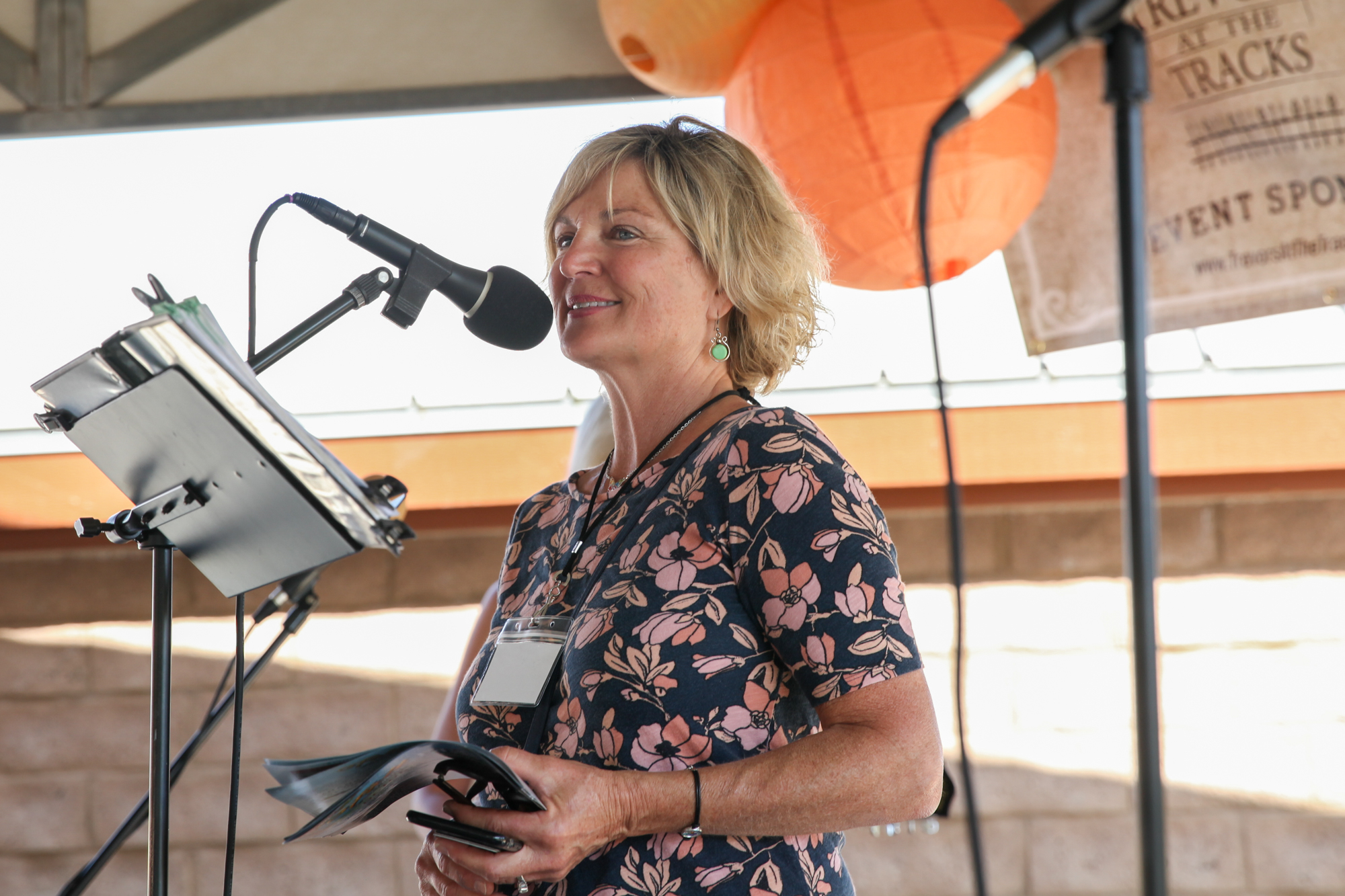 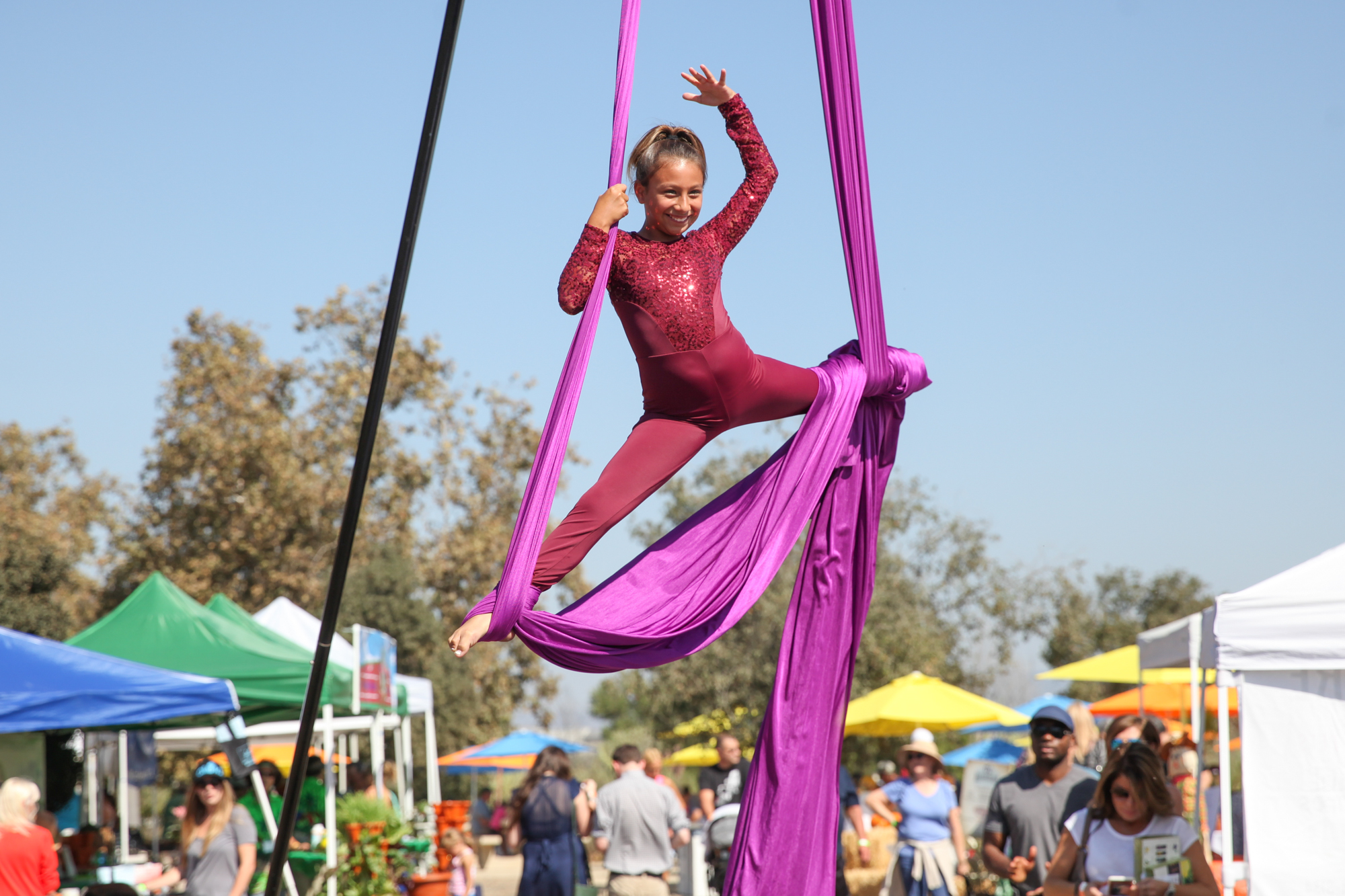 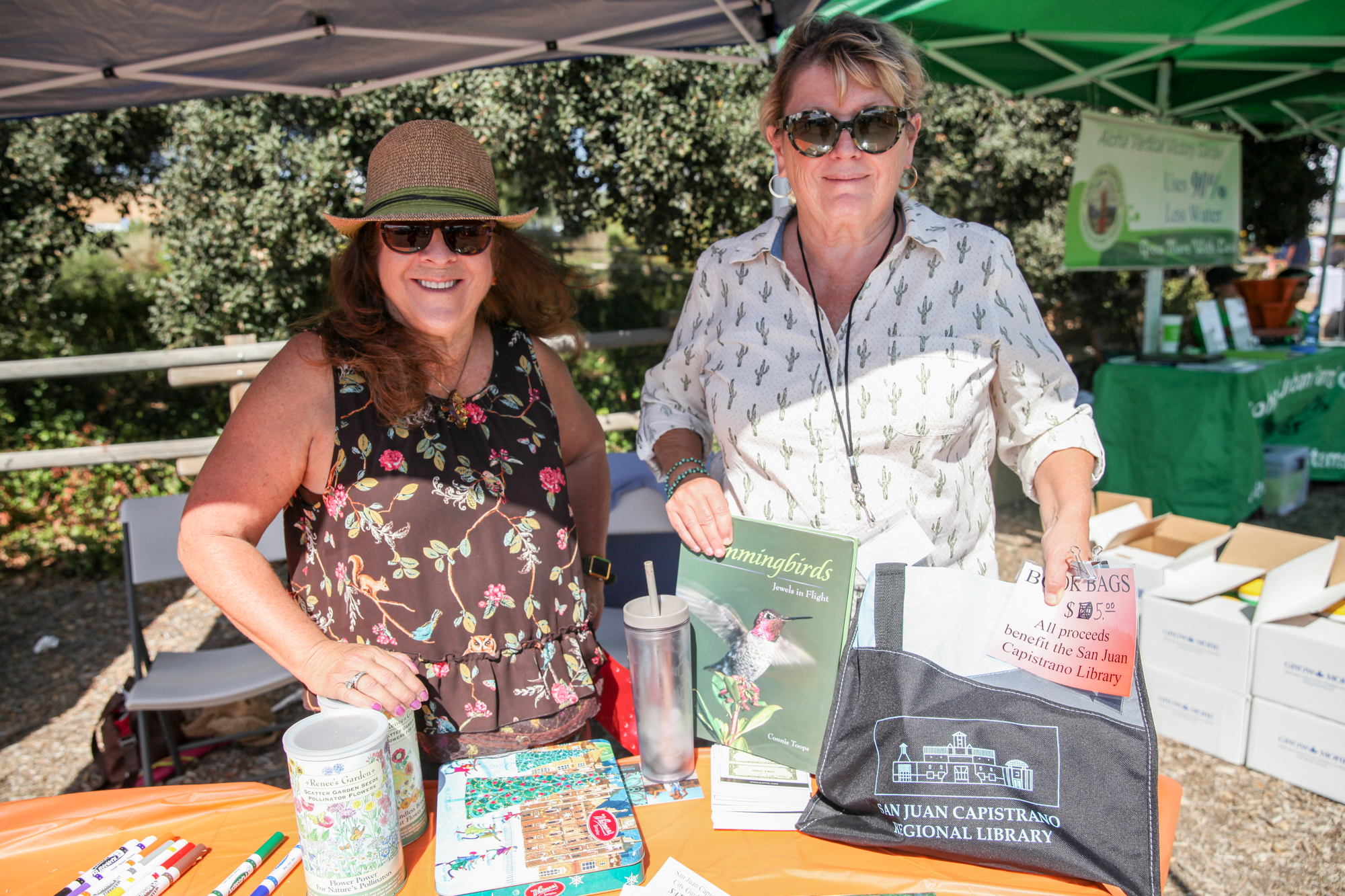 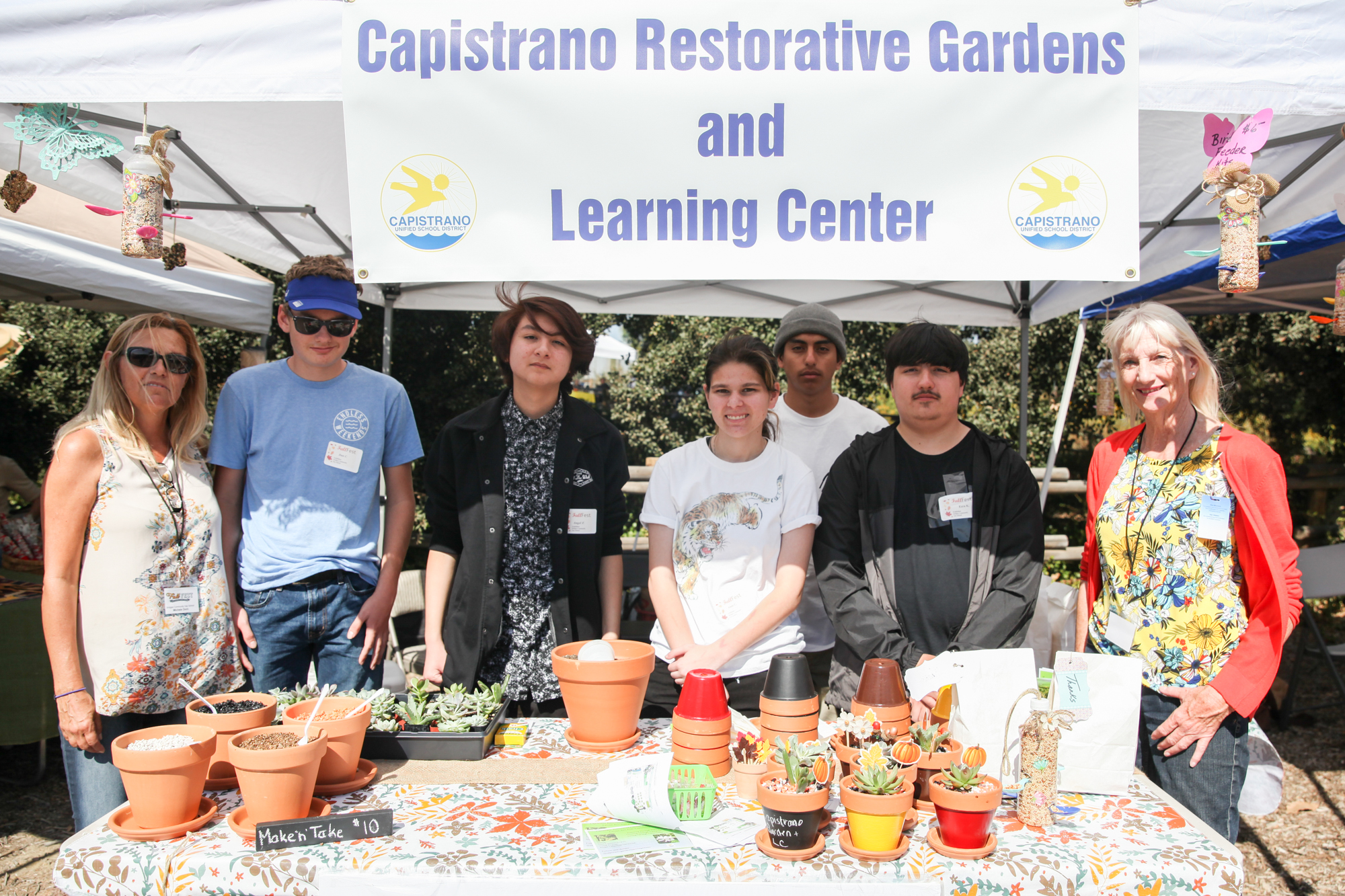 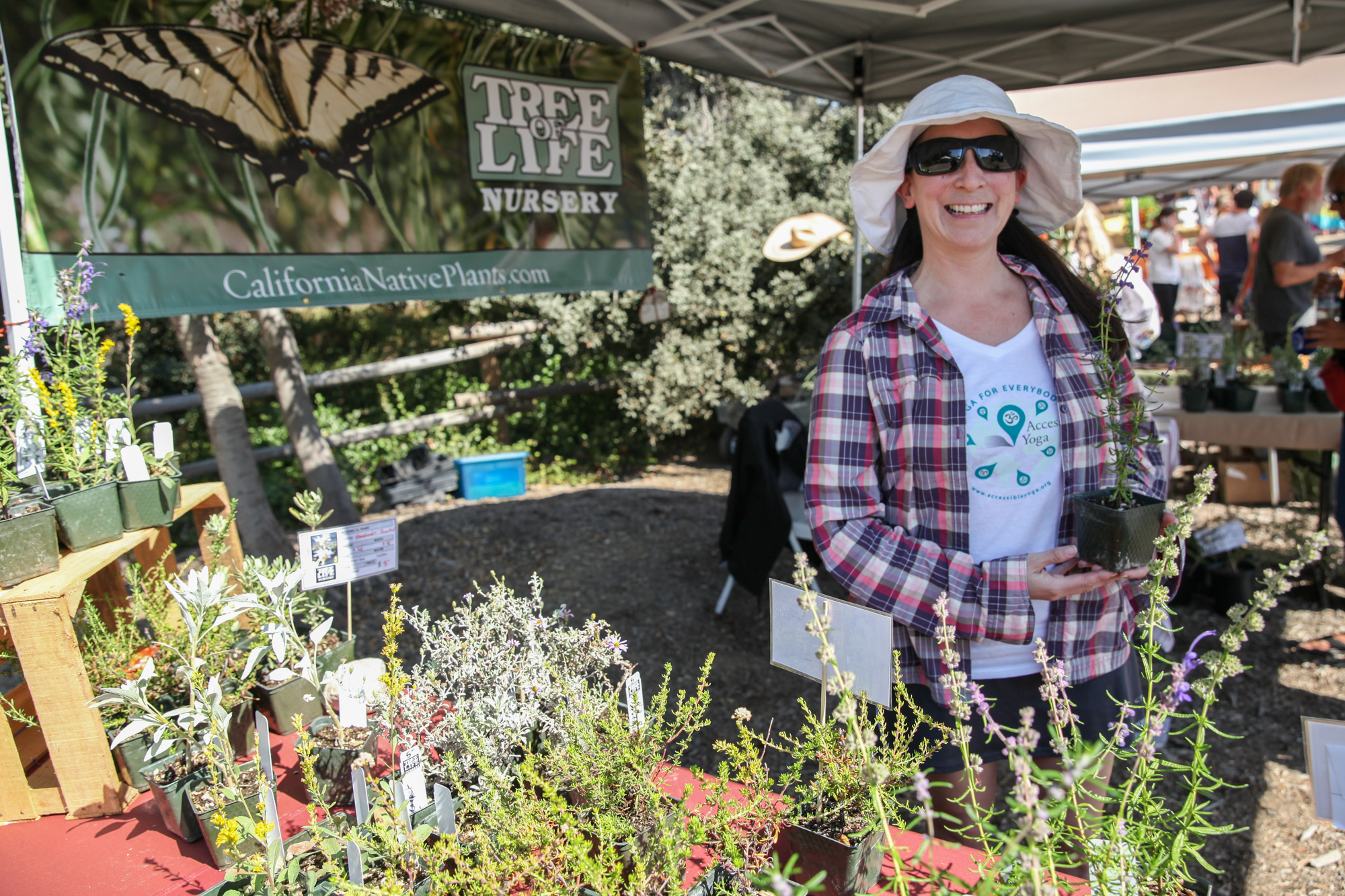 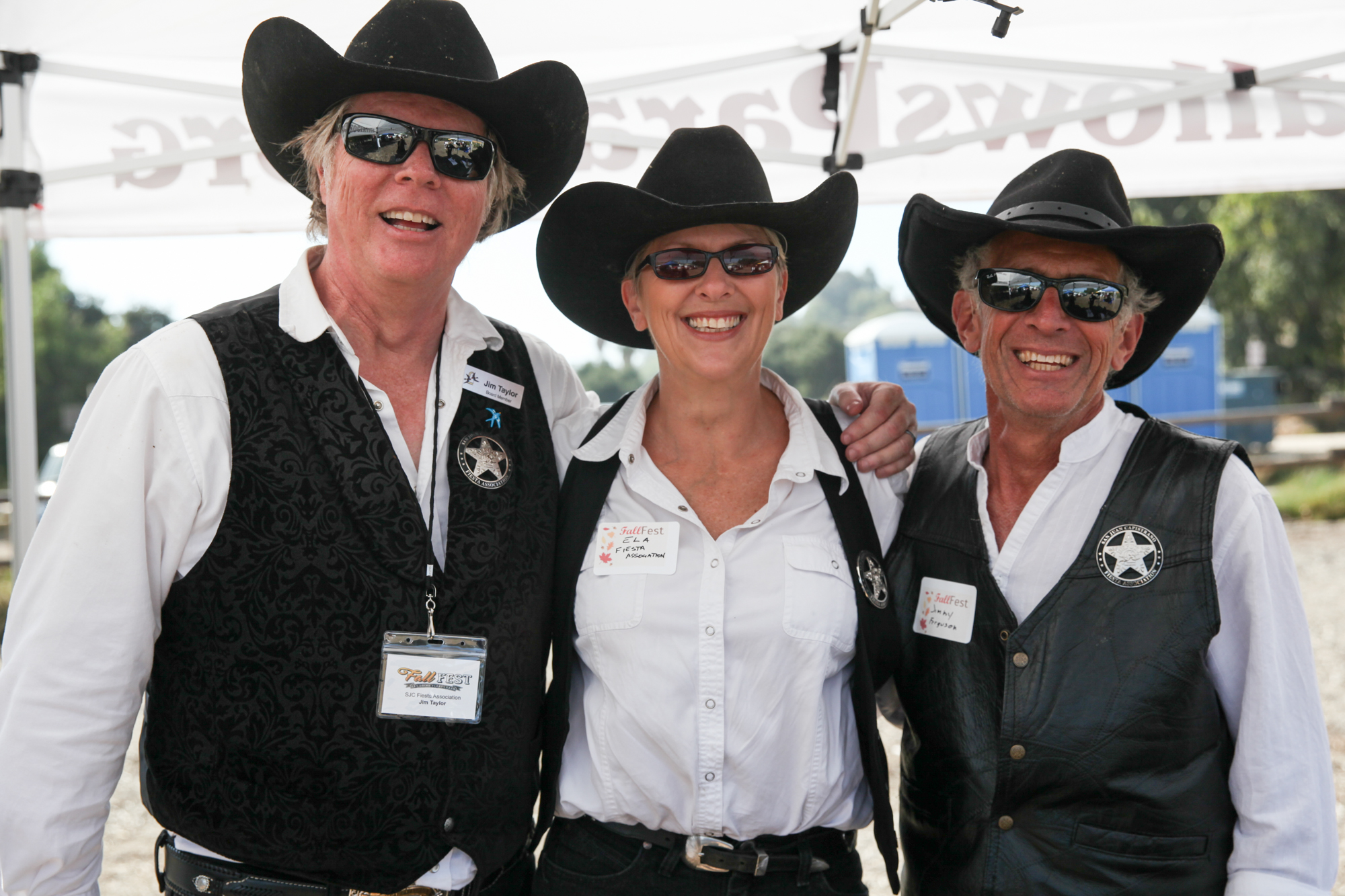 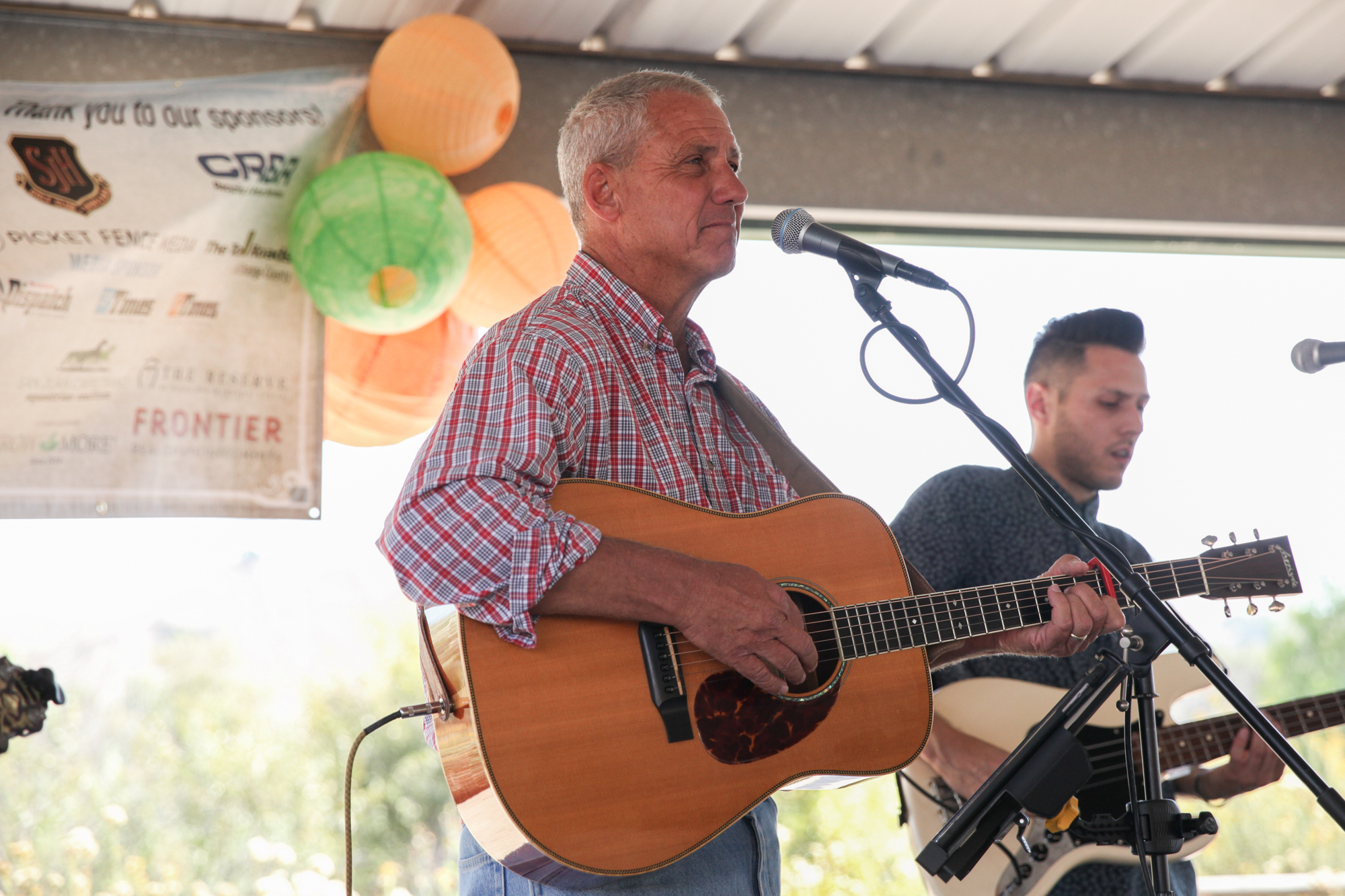 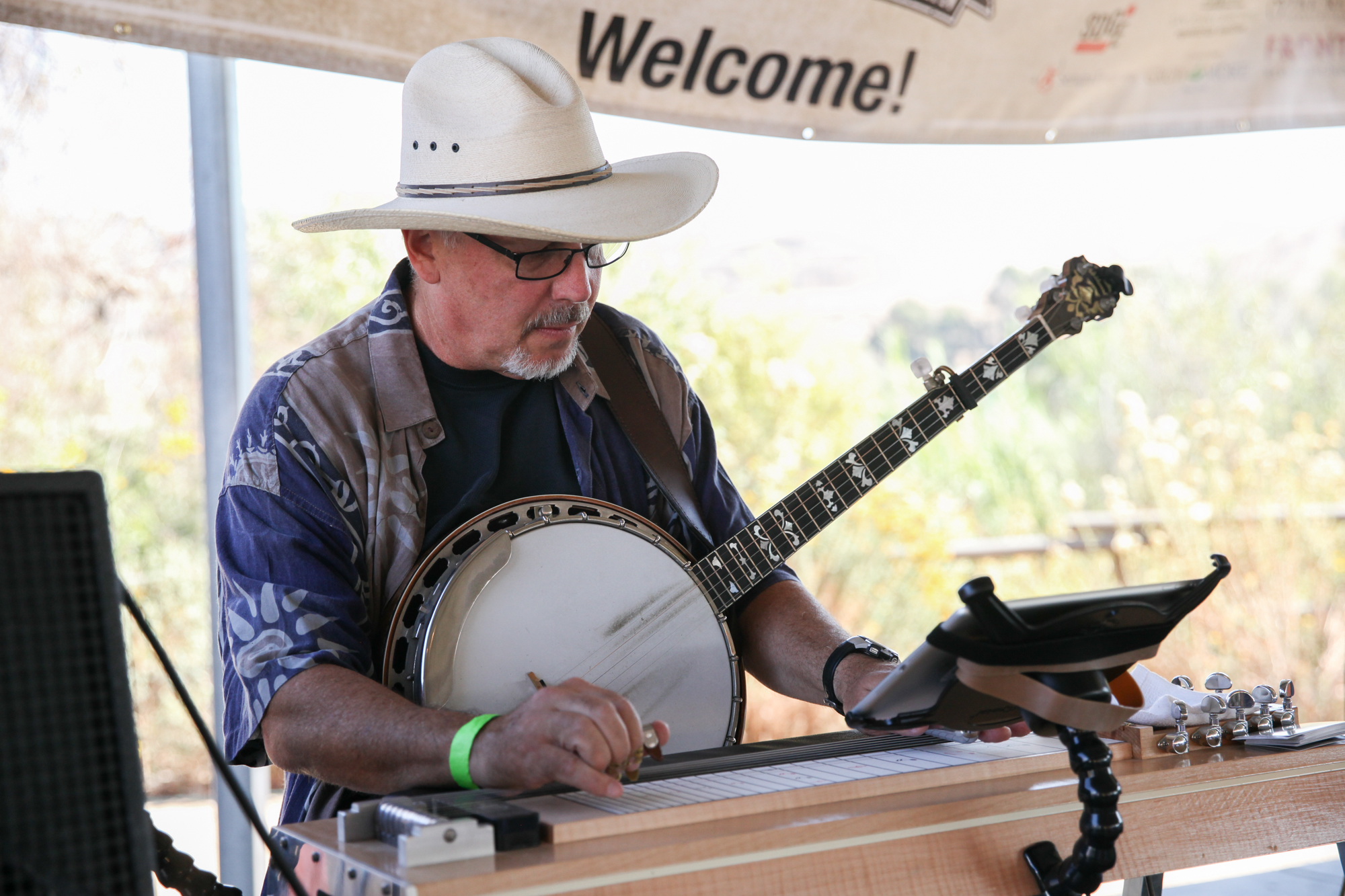 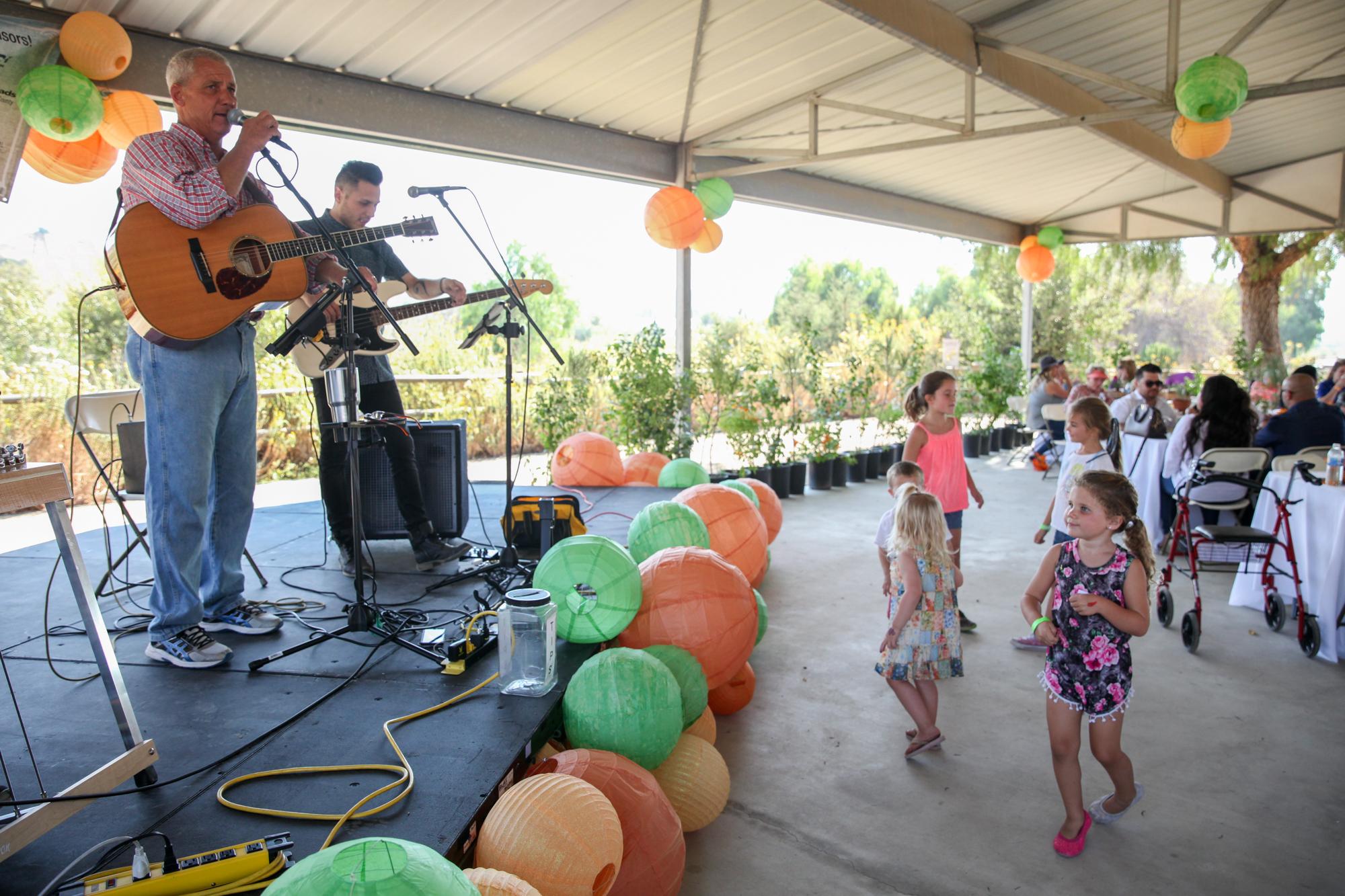 Goin Native founder Marianne Taylor said her inspiration for the fall festival was to connect the community to nature, especially to Reata Park, which she noted is often underutilized.

Taylor said she felt the event went perfectly, with lots of “happy, content people everywhere.” She added that thanks to a partnership with Metrolink, 400 riders attended via bus from the train station to Reata Park.

“The only negative was that we ended too soon; the crowd was pumped up for more,” Taylor said.

The festival featured three bluegrass bands playing throughout the day—Gary Leek, Sweetwater Creek Band, and Whitewater. Attendees were able to learn about a multitude of topics, from blending their own essential oils and using natural dyes, to creating their own vertical gardens. Speakers also presented on a range of topics, from monarch butterflies to making kombucha. There were plenty of arts and crafts for kids, a petting zoo and a booth for kissing ponies.

Guests were also able to learn a bit about the park’s history and how it pays homage to the region’s past.

Domingo Belardes, curator of the Blas Aguilar Adobe Museum in San Juan, had a tent stationed at the entrance of the festival that showcased artifacts made by the Acjachemen and Juaneño people. One of the items on display shared an interesting connection to the park—a hand-braided cowhide rope, known as a “reata.”

“It’s what the vaqueros would use when they were roping the cows,” Belardes said. “They made their own ropes back then, as well as reins for their horses.”

Reata Park and Event Center got its name from resident Gunnar Ohlund, who won a naming contest in 2012 for what was then known as the East Open Space Lemon Grove. At the time, Ohlund said he chose the name because “reata” is Spanish for lariat, or lasso, and he wanted to pay tribute to San Juan’s Western heritage.