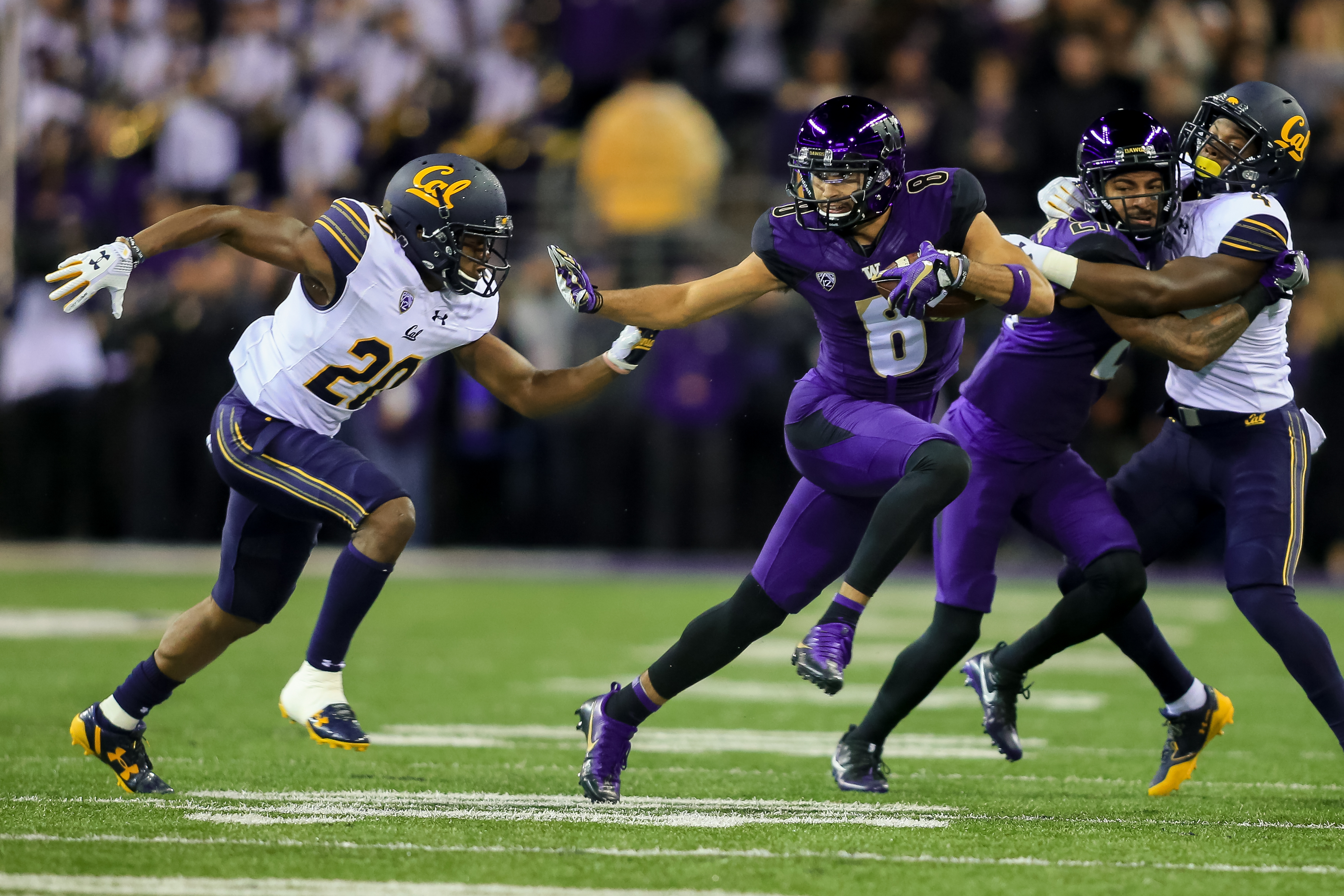 JSerra alum and San Clemente native Dante Pettis is projected as a second- or third-day pick in this weekend’s NFL Draft.

The former Washington receiver figures to be selected in the third round on Friday, April 27 or fourth round Saturday, April 28.

Pettis is a good option as a secondary receiver and has been praised as an expert route-runner. With his size at 6-foot-1, 186 pounds, Pettis might have trouble on the outside but could fit in expertly as a slot receiver.

Pettis is also a versatile talent that could find himself on an NFL roster in other ways.

Pettis returned four punts for touchdowns as a senior, two in each of his junior and sophomore seasons and one in his freshman season.

Pettis caught 63 passes for 761 yards and seven touchdowns as a senior to lead the Huskies in all three categories. Pettis was far and away Washington’s top receiver with nearly three times as many catches and more than double the passing yards and receiving touchdowns of his closest teammate.

In his junior season, Pettis caught fewer passes (53) but for more yards (822) and more than double the touchdowns (15) than his senior season.

Dante won’t be the first in his family to get a shot in professional sports or in the NFL. Dante’s father, Gary Pettis played major league baseball, and his cousin, Austin Pettis, played in the NFL with the St. Louis Rams and San Diego Chargers.