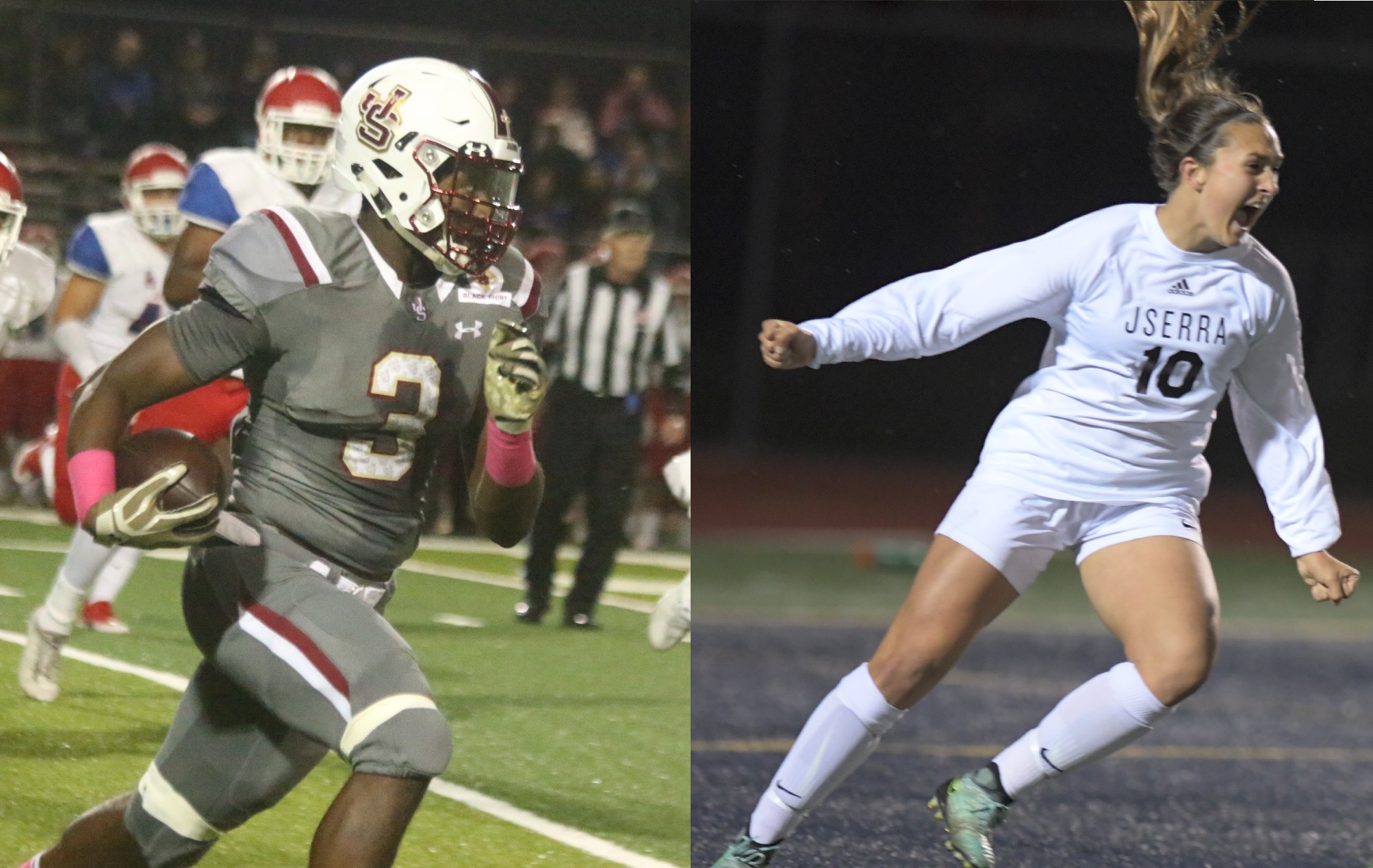 JSerra Athletes of the Year: Abdul-Malik McClain and Isabella D’Aquila

Chosen with input from the JSerra athletic department and Picket Fence Media sports editor Zach Cavanagh, these are the Capistrano Dispatch’s high school boys and girls athletes of the year:

McClain had a surging senior season for the JSerra football team.

He was named co-defensive player of the year in the Trinity League and racked up 18 sacks in 11 games. McClain also led the Lions with 13 tackles for loss.

McClain stood out with three sacks, four tackles for loss and a forced fumble against Orange Lutheran on Oct. 13 and also had two sacks each in games against Alemany on Sept. 1, Mater Dei on Oct. 20 and Long Beach Poly on Nov. 10.

He performed on both sides of the ball with two sacks on defense and 117 yards receiving with a touchdown on offense as JSerra cruised to a 32-10 win over Los Alamitos.

McClain also made waves in announcing his college plans. He had been committed to UCLA before his senior season, but his breakout performance land him more offers.

McClain signed with USC on National Signing Day and will play there in the fall.

As a junior, D’Aquila was again the Lions’ most important player. She matched and surpassed her goal totals as a sophomore, going from 34 to 39. D’Aquila added 15 assists to assist the JSerra juggernaut.

For all of her scoring totals, she was named offensive MVP of the Trinity League.

D’Aquila scored in bunches with four separate four-goal performances this season, including a season-high five goals against El Toro on Nov. 30.

D’Aquila also had a knack for scoring the most important goals.

She scored a goal and added two assists in the CIF-SS Division 1 semifinals as JSerra fought off an early goal against to defeat Santiago of Corona.

In the Division 1 final against rival Santa Margarita, D’Aquila broke a scoreless tie with the lone goal of the game to win the CIF-SS title for a second straight season.

D’Aquila is part of the U.S. U-17 national team and is committed to Santa Clara University, but she also has one more year to dominate at JSerra.