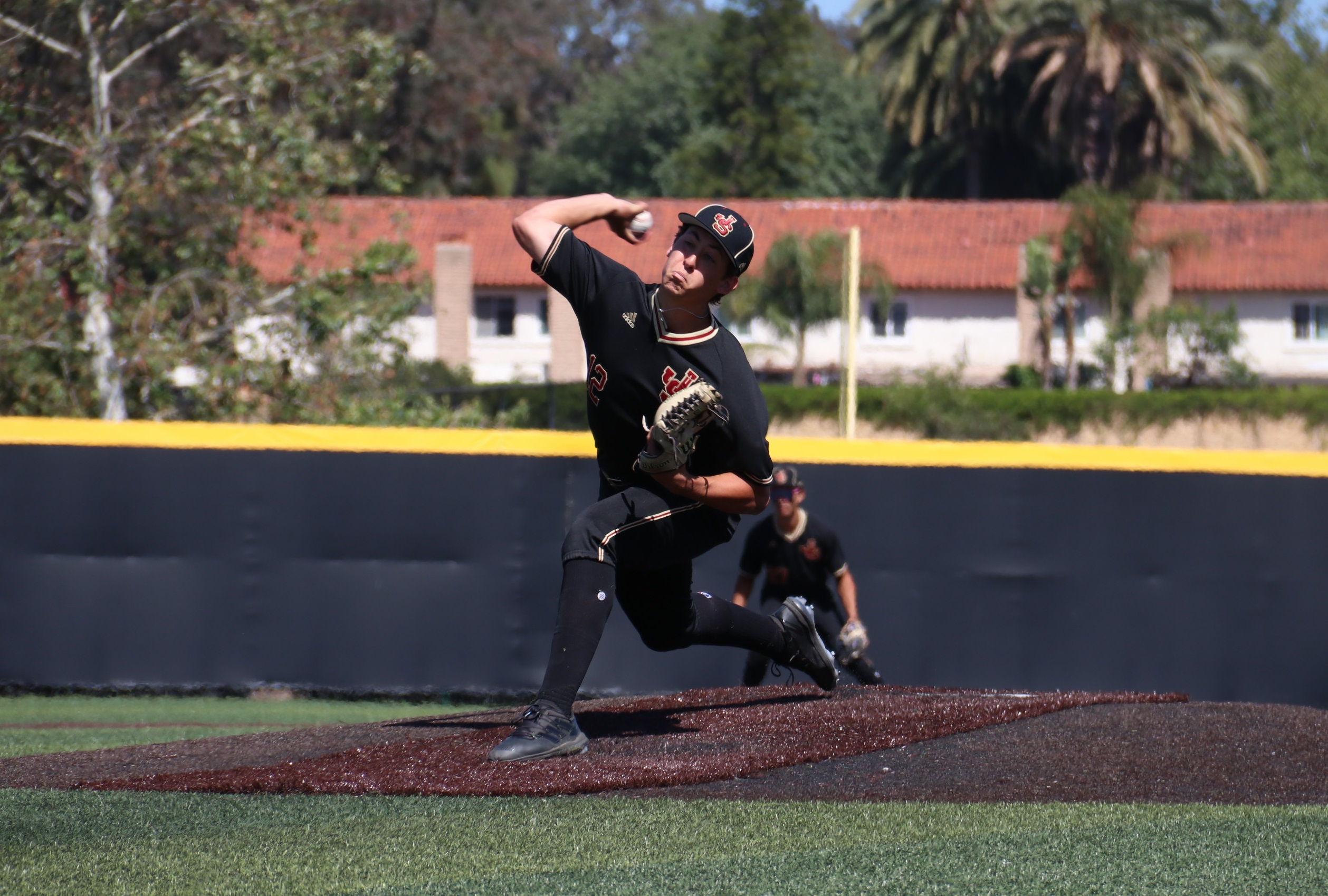 Friday was as big a day as they come for the JSerra baseball program on two fronts.

Away from home, the crown jewel of JSerra’s developmental program, the No. 1 overall pick in the 2017 MLB Draft Royce Lewis, made his big-league debut at shortstop for the Minnesota Twins.

Back at St. Pierre Field, the 2022 Lions opened the CIF-SS Division 1 playoffs, and at a minimum, JSerra held up its end of the deal on Friday afternoon.

JSerra’s pitching staff rung up 13 strikeouts as the No. 2 seed Lions grinded out their runs to defeat West Ranch of Stevenson Ranch, 4-1, in a CIF-SS Division 1 first-round game at JSerra Catholic High School.

Oregon State-bound senior Tyler Gough set the tone as the Lions’ “opener” with an extremely perfect two innings of work – six strikeouts on the first six batters for West Ranch (15-14).

“Honestly, I wasn’t feeling much. I was just locked in and focused for the six batters I faced,” Gough said. “It’s a big mental thing. Go out there with confidence and do what I have to do.”

Following Gough’s opening stint, junior JJ Hollis took the mount for 3 2/3 innings, where he presented a mix of pitches to counter the flamethrower of Gough. Hollis allowed on run on two hits with five strikeouts. Vanderbilt-bound senior David Horn closed the game over the final 1 1/3 innings with one hit allowed and two strikeouts.

“We’re trying to wave the magic wand a little bit. Took us 28 games to figure that out, and hopefully it works,” Kay said.”

Offensively, JSerra presented a constant threat as the Lions’ lead-off batter reached base in each of the first five innings.

Andrew Lamb, a junior, was the most consistent JSerra batter at the top of the lineup. Lamb reached on his first at-bat of the game after he was hit by a pitch, and he scored on an RBI single by senior Owen Fuller. Lamb went 2 for 3 at the plate with two runs and an RBI, and he was involved in the first three JSerra runs.

West Ranch tied the game in the top of the third inning, as junior Brett Potter beat the throw on an infield single and scored on a single by senior Jake Callahan. However, that was all the Wildcats would muster, and JSerra answered immediately.

In the bottom of the third, Lamb led off with a double and scored on an run-scoring single by junior Ryusei Fujiwara to retake the lead, 2-1. The Lions went on to load the bases for the first of four times in three straight innings, but JSerra couldn’t get anything out of the first opportunity.

In the fourth inning, Horn scratched out an infield single, and Brandon Chang followed with a double. Lamb hit an RBI single to score Horn’s pinch runner, junior Jackson Summers. A walk by junior Trent Caraway loaded the bases again, but again, the Lions did not take advantage.

In the fifth inning, junior Jonathan Mendez reached base on a single, junior Dominic Smaldino got on by a fielder’s choice and Horn loaded the bases with a single. This time, JSerra would capitalize, as Chang executed the squeeze bunt to score Mendez for the 4-1 lead.

Chang reached first on the play to keep the bases fully loaded, and while JSerra opted for another squeeze attempt, the bunt was missed. The Lions were caught on the base paths and then grounded out to end the threat.

JSerra has rediscovered its game over the last month-plus of action. Friday marked the 13th win in 14 games for the Lions after a disastrous start to the Trinity League in which JSerra lost six of its first seven league games.

“I couldn’t put my finger on it,” Kay said of the turnaround. “For me, it’s all about our pitching and defense. Our pitching and defense, I feel, the last 14 games has been really good. JJ (Hollis) has been the leader of that on the mound. We’ve been good enough offensively. To win in the Trinity League and Orange County, if you pitch well and play defense, you’re going to win a lot of games.”

JSerra gets another chance to put that defense and pitching on display against its local rivals from just one exit up the 5 freeway, as the Lions host Capistrano Valley on Tuesday.

Nearly 2,000 miles away in Minneapolis, Lewis and the Twins held up their end of JSerra’s big Friday, as well.

Lewis was drafted No. 1 overall out of JSerra in the 2017 MLB Draft, but it wasn’t easy sailing to the major leagues for the Twins’ top prospect. Lewis hadn’t played a professional season in two years entering 2022, as the 2020 minor league season was canceled amid the COVID-19 pandemic and Lewis tore his ACL ahead of the 2021 season.

However, Lewis battled back to be ready in time for spring training this season, and was heating it up across the Twin Cities from his parent club with the Triple-A St. Paul Saints. With an injury to the Twins’ big free agent signing Carlos Correa this week, the door opened for Lewis to get the call and make his MLB debut on Friday.

“It’s pretty emotional, because he’s such a good kid.” Kay said. “He meant so much to our program. He’s so close with all of our staff. If you were to create a young man, as a baseball player and a character kid, it’s Royce Lewis. I couldn’t say better things about him.”

Just seconds into his big-league debut, Lewis handled the first out of the game on a groundout to short.

At the plate, Lewis went empty-handed through his first three at-bats, but in the bottom of the eighth, he laced a single to right field. Lewis would be stranded at second base.

Despite Lewis not scoring, the Twins held on to beat the visiting Oakland A’s, 2-1. 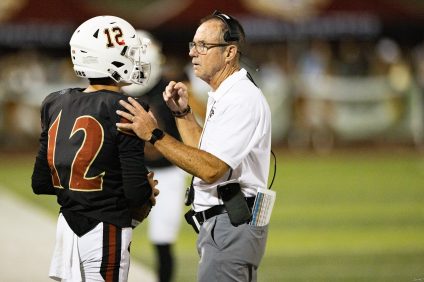 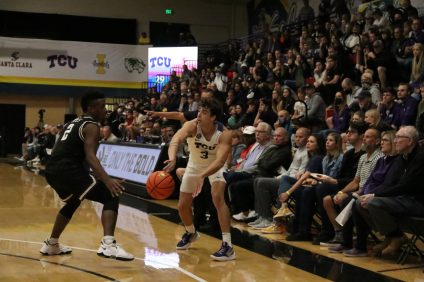