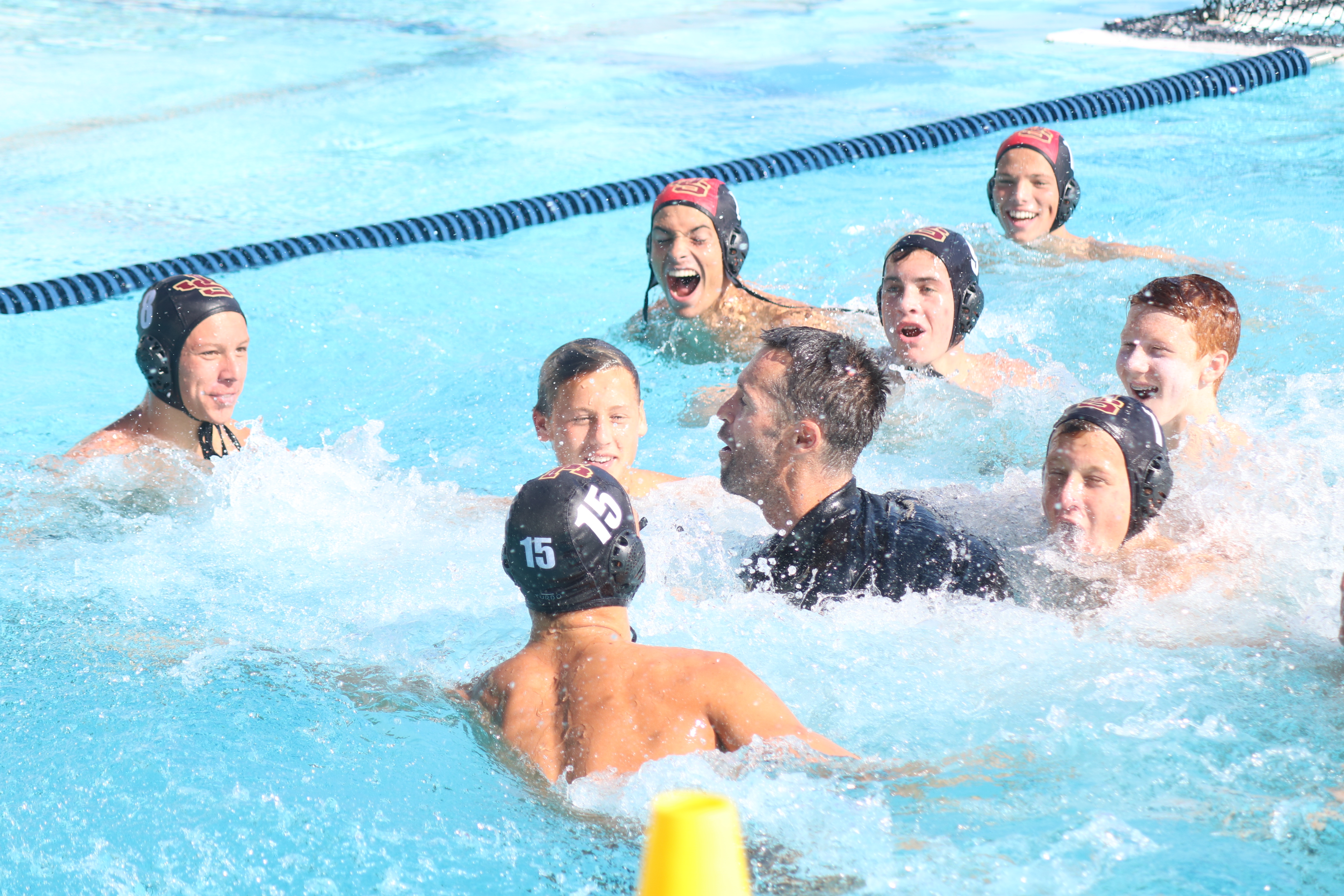 IRVINE – In an all-San Juan Capistrano final with the No. 1 seed JSerra and No. 2 seed San Juan Hills each looking to win their first CIF-SS championships, the CIF-SS Division 4 title game lived up to its billing.

San Juan Hills sprung out early on another huge effort by Max Miller, but JSerra mounted a comeback with a five-goal third quarter and hung on to earn the win, 13-10, and the Lions’ first CIF-SS water polo championship at the William Woollett Jr. Aquatics Center on Saturday.

JSerra (27-5) won without a senior on its roster and a full team effort to make its comeback. Junior Lachlan Treister and freshmen Conor Brough and Johan Thrall each scored three goals for the Lions, and both junior goalie Jeffrey Muller and freshman goalie Jack Helfer were strong in the cage.

“I knew because they’re young there was going to be some bumps at some point or another,” JSerra coach Brett Ormsby said. “We composed ourselves after the rough start. Give San Juan Hills credit, that wasn’t just us starting slow, that was them starting really strong. We got back to the game plan. We did a great job of executing it, and really, out of halftime, the boys really knew what needed to be done.”

San Juan Hills (22-9) leaned again on its star, and the USC-bound Miller provided with six goals and another three shots off the post. Senior Zachary Van Blarcom scored two goals, and senior goal Noah Johnson was extremely sharp in the first half.

The Stallions led by one at halftime, 7-6, but the break was just what JSerra needed to find its focus and turn the game.

“Our mentality,” Treister said of what changed at halftime. “At the beginning, they started off strong, we were kind of flustered. We wanted to match with them and forgot a lot of our game plan. Second half came around and we did what we did all year.”

With San Juan Hills up 8-7, JSerra scored four straight goals by owning the extra-man opportunities and working low across the goal mouth. The Lions were 8 for 10 with the extra man.

JSerra led 11-8 going into the fourth quarter, where each team scored two goals for the final score. JSerra held on to win its first CIF-SS championship in the Lions’ second title game appearance and in Ormsby’s second season at the helm.

“For where we are, I’m pleased,” Ormsby said of the state of the program. “I don’t want to look too far ahead. I’ve talked a lot about we have in place a lot of the characteristics that you would look at for a strong perennial program. You can only win the division that you’re in. We did a nice job with that. We’ll see what the future holds for us.”

San Juan Hills was also in its second CIF-SS title game appearance. The Stallions went to the 2016 Division 5 Final in coach Ivan Buich’s second year with the program.

On Saturday, the Stallions rocketed out to a 4-0 lead with two goals by Miller along with strikes from junior Bradley Engelke and senior Jack Baughman.

However, JSerra stayed the course and scored the game’s next five goals to take a lead in the second quarter.

The team’s traded goals with San Juan Hills taking a 7-6 lead into halftime.