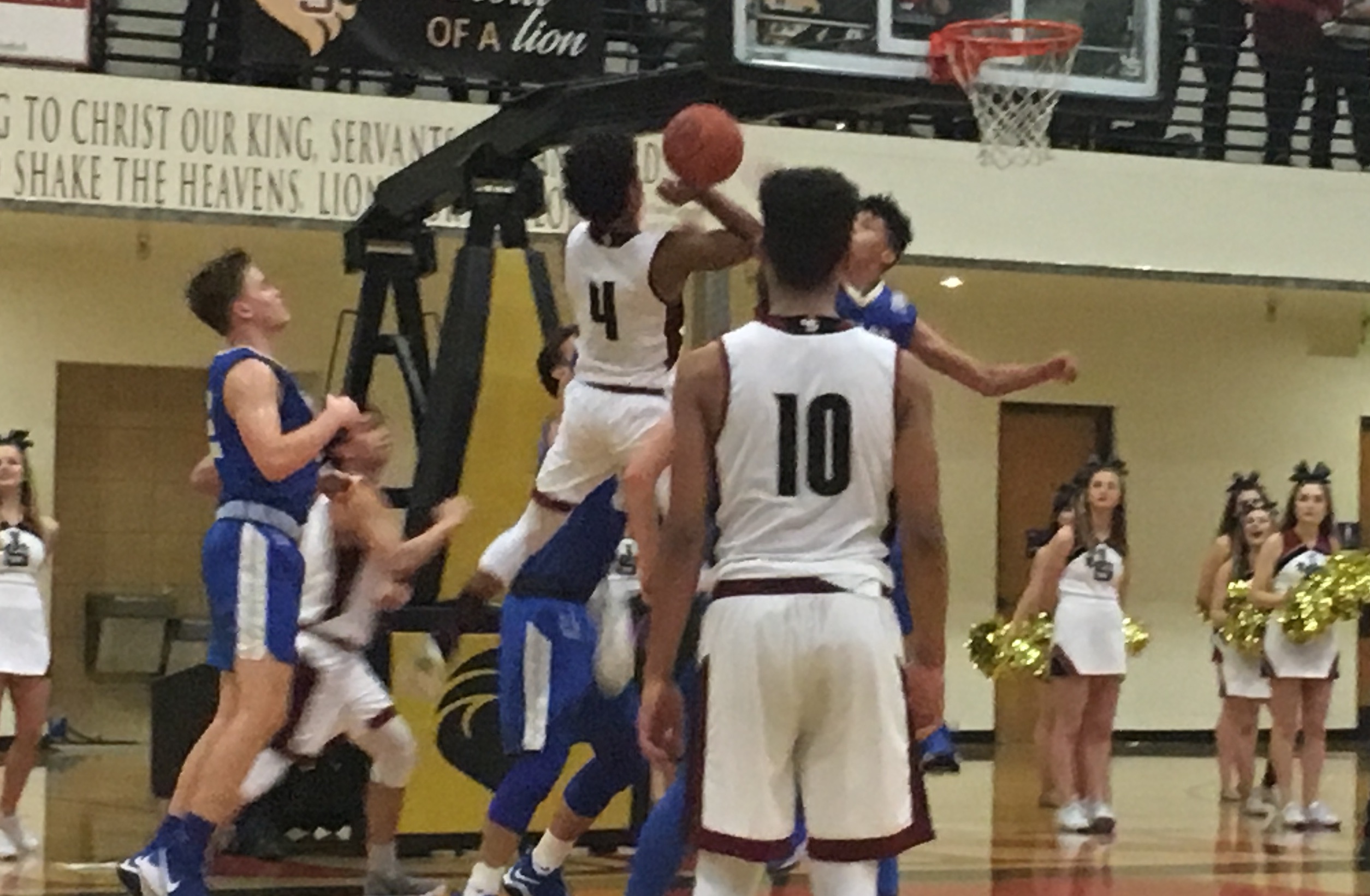 SAN JUAN CAPISTRANO – The energy was there in the JSerra gym.

The Lions were playing their first home game of their Trinity League schedule, and both student sections from host JSerra and local rival Santa Margarita made themselves known.

But after a raucous first half, JSerra began to fade and Santa Margarita pulled away with the victory. The teams traded 12- and 13-point second-quarter runs, but Santa Margarita ended the game on a 22-5 run to defeat JSerra, 60-40, on Wednesday.

The match-up was a proving ground for the Lions, but they didn’t keep up through the end.

When asked what lesson JSerra could take moving forward, Brogdon pointed to his chest and said, “We need it right here.”

The teams matched baskets early on, and 3-pointers by JT Robinson and DJ Rodman kept JSerra within two points at the end of the first.

Santa Margarita looked to own the game in the second quarter with a 12-0 run to break a 13-13 tie. JSerra responded with a 13-0 run that included back-to-back Rodman threes and Joel Mensah’s go-ahead basket for a 26-25 lead.

“We did real well there in the second quarter when we were getting stops and getting out and running,” Brogdon said. “We just have to do more that.”

Rodman led the way for JSerra with 16 points, and Mensah was second with 10 points.

Jake Kyman hit a buzzer-beating 3-pointer to give Santa Margarita the halftime lead, 28-26.

JSerra took the lead twice early in the third quarter with a Jordan Alvarado basket and a Ryan Mahoney free throw, but it was all Santa Margarita down the stretch.

Ryan Evans hit a three to close out the third quarter with a six-point lead, and the Eagles won the fourth quarter, 19-5.

Kyman led all scorers with 18 points. Evans had 14 points, and Jordan Guest had 12.

JSerra will look to get back on track with a continued homestand.

The Lions host league-leading St. John Bosco on Friday, Jan. 19 and go out of league against Patrick Henry of San Diego on Saturday. JSerra returns to league play against Servite on Jan. 24 and Orange Lutheran on Jan. 26.