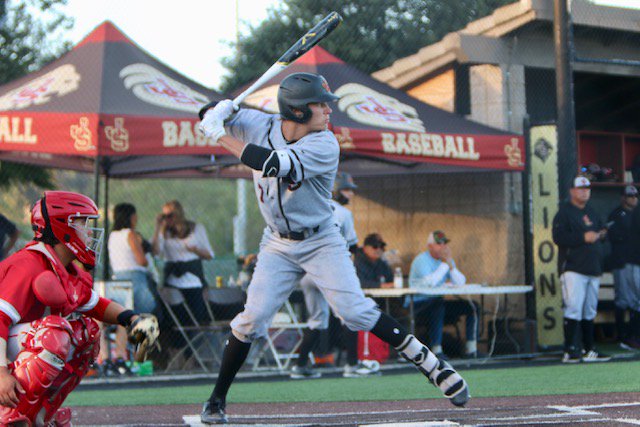 JSerra has earned a reputation as a baseball factory, and that was proven true again during the 2019 Major League Baseball Draft on June 3-5.

The Lions program had six players chosen, five from colleges and one from its graduating class.

The first JSerra player off the board was Baylor third baseman Davis Wendzel, who was selected 41st overall by the Texas Rangers with a competitive balance pick between the first and second rounds.

Wendzel, JSerra class of 2016, closed out his junior season with the Bears. This season, Wendzel hit for a .367 average with 42 RBI, 19 doubles, eight home runs and 38 runs scored. He also stole 11 bases.

With the 64th pick of the 2019 #MLBDraft, the @Cubs select @UCLABaseball 2B Chase Strumpf: https://t.co/OHooNe2EPu pic.twitter.com/eLjgch41C6

The next college Lion selected was UCLA second baseman Chase Strumpf, who was selected 64th overall by the Chicago Cubs in the second round.

Strumpf, JSerra class of 2016, just finished his junior season with UCLA. Stumpf was playing in the NCAA Regionals with the Bruins when he was selected and hit a home run against Loyola Marymount just minutes after the Cubs had drafted him. Strumpf and UCLA eliminated Wendzel and Baylor in the NCAA Regionals.

As junior with UCLA, Strumpf batted .279 in 63 games with 44 RBI, nine home runs and 53 runs scored. In the field, Strumpf posted a .980 fielding percentage and helped turn 29 double plays.

After Strumpf, it was a bit of a wait for JSerra, but the Lions were on the board again in the 13th round.

Pries, JSerra class of 2016, also finished his junior season with the Sea Lions. Pries, a San Juan Capistrano native, hit .318 this season with 50 RBI, nine doubles, a triple, 18 home runs and 38 runs scored. In the field, he posted a .965 fielding percentage with 81 putouts.

Arizona State catcher Lyle Lin, JSerra class of 2016, was next taken at 422nd overall by the Arizona Diamondbacks in the 14th round. It was Lin’s third time being drafted after being picked in 2016 by Seattle in the 16th round and in 2018 by Houston in the 29th round.

Congrats to Jake Pries, who was just selected in the 24th round by the @Yankees!

UCLA's primary DH and cleanup hitter, Pries has a career-high 11 home runs this season and is slugging .544. #GoBruins | #MLBruins pic.twitter.com/yNpjfZQyvX

UCLA outfielder Jake Pries, JSerra class of 2015 and Micah’s older brother, was chosen 735th overall by the New York Yankees in the 24th round. Pries had been drafted once before in 2015 by Baltimore in the 37th round.

The final Lion drafted is from this year’s graduating class. JSerra senior third baseman Michael Curialle was drafted 939th overall by the Colorado Rockies in the 31st round.

Curialle, who is committed to UCLA, hit .413 and led the team in runs (17) and hits (26). Curialle collected 12 RBI and hit eight doubles and two home runs. Curialle also earned the Trinity League’s Golden Glove for defensive prowess this season.