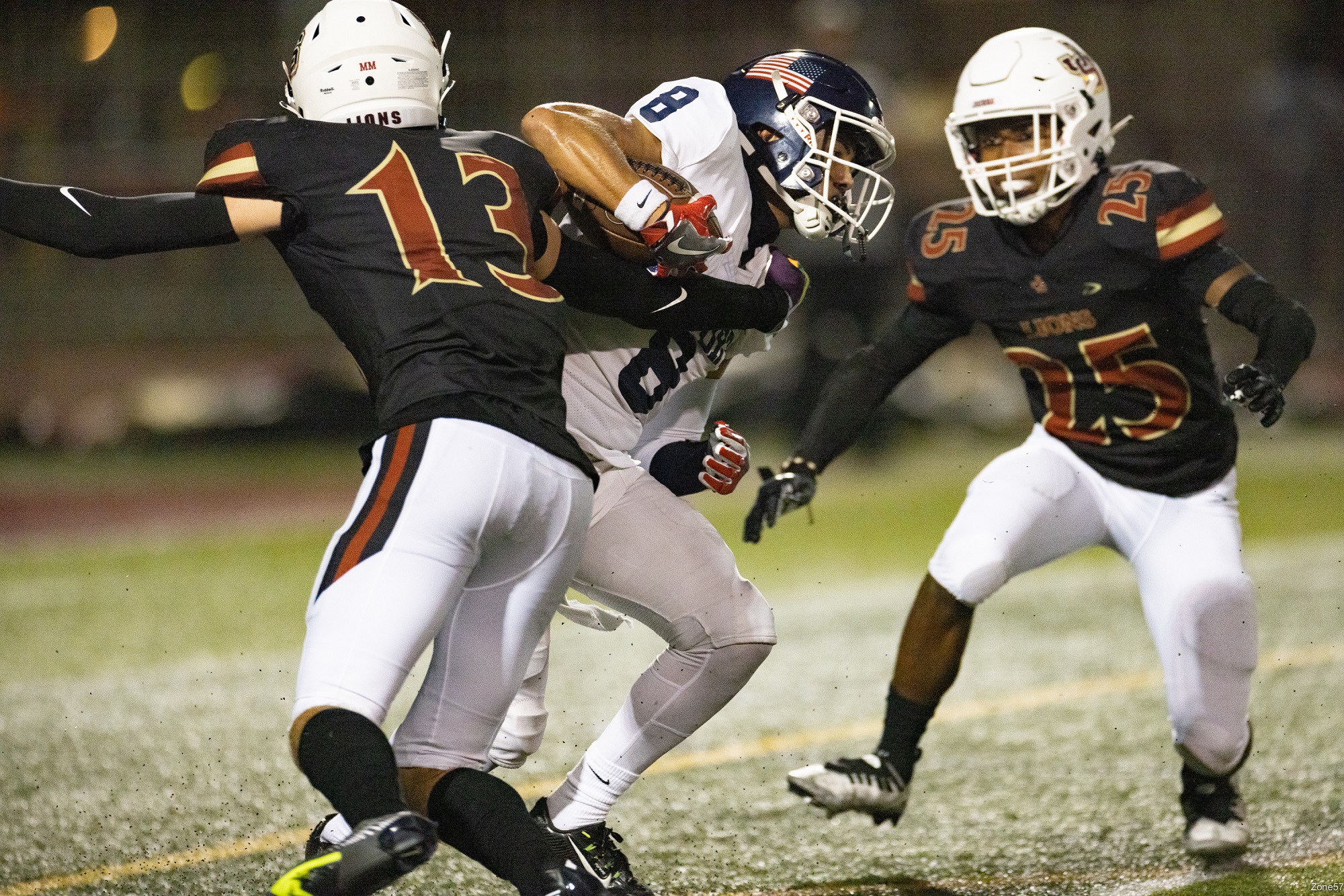 The Lions found themselves with an opportunity to stun the USA Today national No. 1-ranked Monarchs in their league opener after forcing a fumble with six minutes remaining, but JSerra couldn’t muster enough production to capitalize.

JSerra head coach Scott McKnight said he liked the fight in his offense and was proud of the “tremendous” defensive effort. But McKnight said wasn’t for moral victories.

“I like the way our guys played, but our guys know we’re going in every game to win,” McKnight said. “We’re not coming out here to play games close.”

Mater Dei receiver Marcus Harris was the difference Friday, hauling in just three catches for 105 yards and two scores. Harris won on a 50-50 ball for a 37-yard catch to give the Monarchs a 14-13 lead at halftime. He later streaked behind the defense in the opening minutes of the third quarter to haul in a 51-yard pass to end the scoring.

McKnight credited the Monarchs pass-catchers for making plays downfield, even when Lion defenders were in good position.

JSerra (3-3, 0-1 Trinity League) moves on to play Santa Margarita at Saddleback College next Friday, Oct. 7, and McKnight recognized the challenge of responding from a devastating loss.

“We’re gonna have to get one more going offensively, continue to play tough defensively, and then (make plays in) the kick game,” McKnight said of playing complementary football.

The Lion faithful knew they were in for an entertaining battle seconds after running back George Perez picked up the opening kickoff, disappeared into a cloud of defenders and emerged running free towards the end zone for a 95-yard return score.

Despite a lack of offensive production, the JSerra defense stood strong when necessary and forced stops. That included a sack on fourth-and-goal to keep the Monarchs out of the end zone.

Mater Dei wouldn’t be denied for much longer, as quarterback Elijah Brown dialed up a deep pass for Harris’ first touchdown that gave the Monarchs a 7-6 lead with 7:58 left before halftime.

JSerra responded with a drive boosted by Mater Dei penalties and a 23-yard Perez run before quarterback Zander Singh pushed the pile for a 1-yard score.

Brown and the Monarchs changed their approach, as the quarterback fired zingers down the field to set up a 3-yard Jordon Davison touchdown run with a minute before the break.

Offensive gridlock was the theme of the rest of the game. The Lions couldn’t run the ball against Mater Dei’s monstrous front, and the Monarchs only touched the ball twice before the final possession with the game in hand.

Singh went 12-for-21 passing for 101 yards, and the Lions totaled 154 yards, giving up eight tackles for loss and a sack.